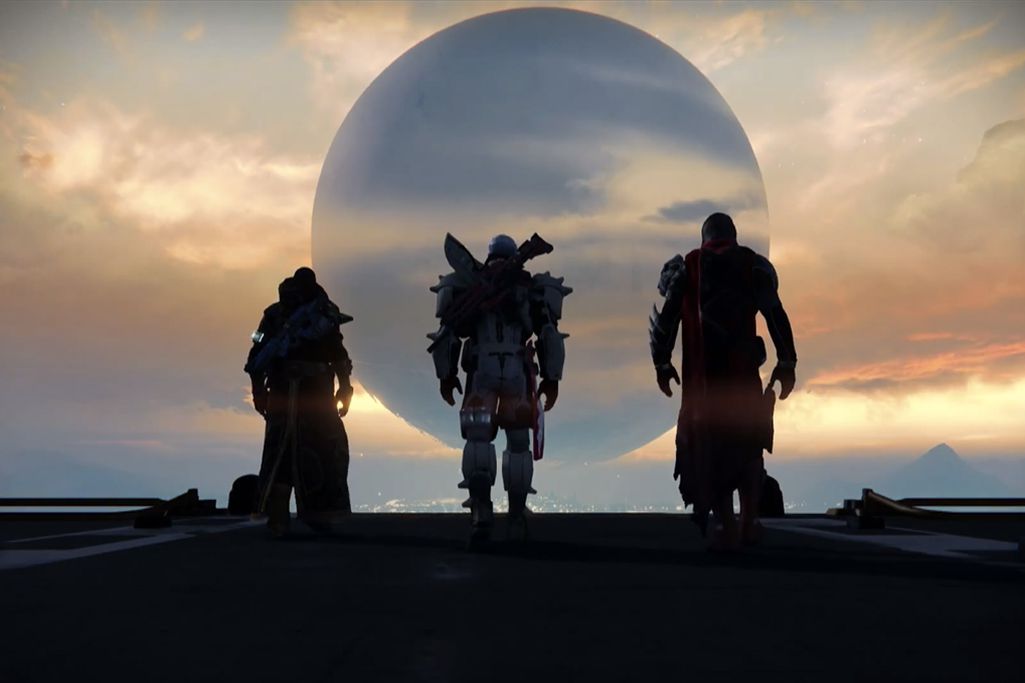 If you want to get a sneak peek at some of the most interesting unreleased games, there’s no better place than E3. During its presentation last night, Sony gave a bravura performance, showing off clips and gameplay footage from new properties like The Order 1886 and Destiny, to sequels like Uncharted 4: A Thief’s End. Most of the games won't be exclusive to Sony or the PlayStation 4, of course, but Sony got to do the dramatic unveilings in Los Angeles.

It’s a lot to take in, particular when you throw in things like the ruthlessly violent fatalities from Mortal Kombat X and the insane-looking Batmobile (Bat-tank?) from Batman: Arkham Knight. Simply put: buckle up, and get ready for the ride.

(Oh, and don't miss the best of the Xbox One trailers, either.)

We’ve been looking forward to Destiny since it was first announced, and every new clip is getting us that much more excited. Sony is clearly banking on it being a huge title for the console, touting both an alpha version for PS4 users and a beta that will be available on July 17th. And if that’s not enough, there will also be a Destiny bundle with a white PS4 and controller.

The trailer for this glorious, epic sci-fi adventure blew us away during Sony’s presentation last night. Visually, it appears to exist in a world that’s equal parts Star Wars, Robert A. Heinlein, and Alejandro Jodorowsky’s Dune — oh, and there’s dinosaurs there, as well. Simply put, we can’t get this game in our hands soon enough.

Take some gothic, atmospheric visuals, throw in some creepy monsters, and add a slew of steampunk-inspired weaponry. Set the blender to "high," and you’ll get this new original property.

The Indiana Jones-inspired adventures of Nathan Drake have been a PlayStation mainstay since 2007. It was only a matter of time before a new installment came to the PS4, but that doesn’t make us any less excited about the prospect.

The Mortal Kombat series has caused endless amounts of consternation over the years due to the grisly "fatality" movies that cap any given fight. With so many installments, we’d started to think that there was nothing left that could shock us. It turns out we were very, very wrong.

Sure, you may be excited about Ben Affleck’s old-school costume for the upcoming Batman v. Superman: Dawn of Justice, but what if we told you that in the newest Batman game you could take control of a battle-ready Batmobile that could tear Gotham to pieces?

With its delicate, origami-inspired visuals, this game is about as far away from the usual heavy-handed shooter as you can imagine. It’s the exact type of unique game that Sony is using to differentiate the PlayStation 4, and it’s available now.

It’s another spooky atmospheric title, this time coming from From Software. We’re a sucker for these kind of atmospherics, and when they come wrapped in a game from Hidetaka Miyazaki (Dark Souls), we like them even better.

The killer feature of the PS4 version of Far Cry 4 is the ability to invite other friends to play the game with you — even if they don’t own the game themselves. It’s an exciting prospect for co-op play moving forward, and from the looks of this footage this title will take full advantage.

The original Dead Island had a stunning, heart-breaking trailer (and a live-action recreation), but the trailer for the sequel goes in the opposite direction. This plays more like a mash-up of zombie films and LA satire — and has pretty much ensured we’re never going to go jogging ever again.