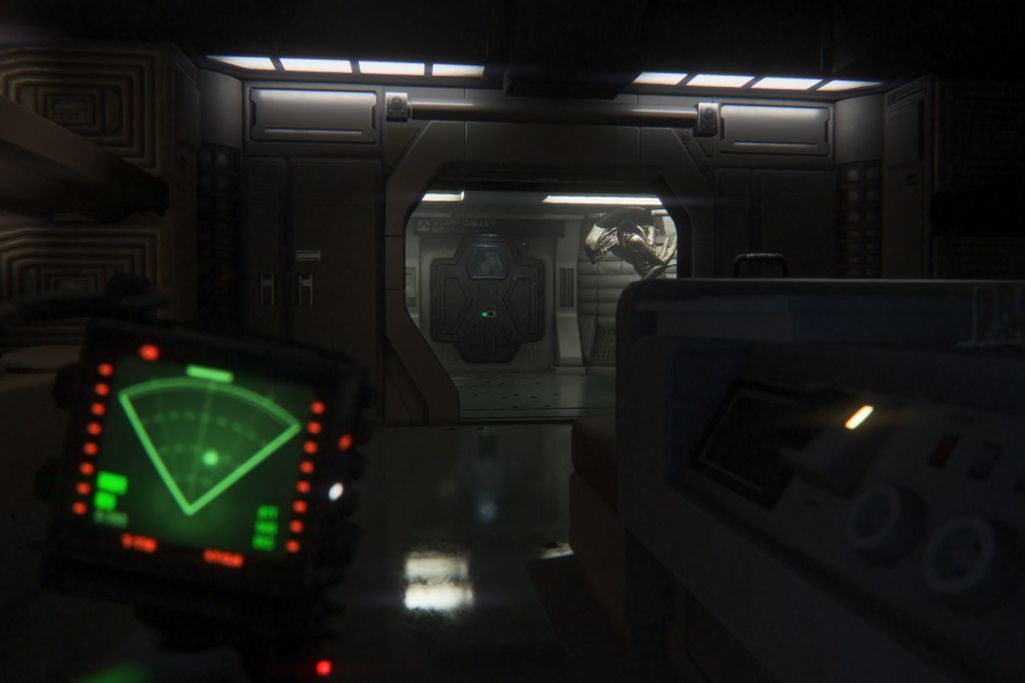 While waiting in line to play Alien: Isolation, I heard screams from inside the demo room. A few minutes later they were mine.

The latest game to tackle the Alien universe is perhaps the scariest thing on display at this year’s E3, a first person survival experience unlike just about any big-name video game before it. One of the most important things about the game is its name — this is Alien, not Aliens. Whereas the series, both in film and game form, has shifted towards action, Isolation takes its inspiration from the original Ridley Scott horror masterpiece. The premise is nearly identical in both experiences: you're stranded on a space station, with a hulking alien wandering around. You need to find a way to get off the station before the alien finds you. If it does, you’re dead. 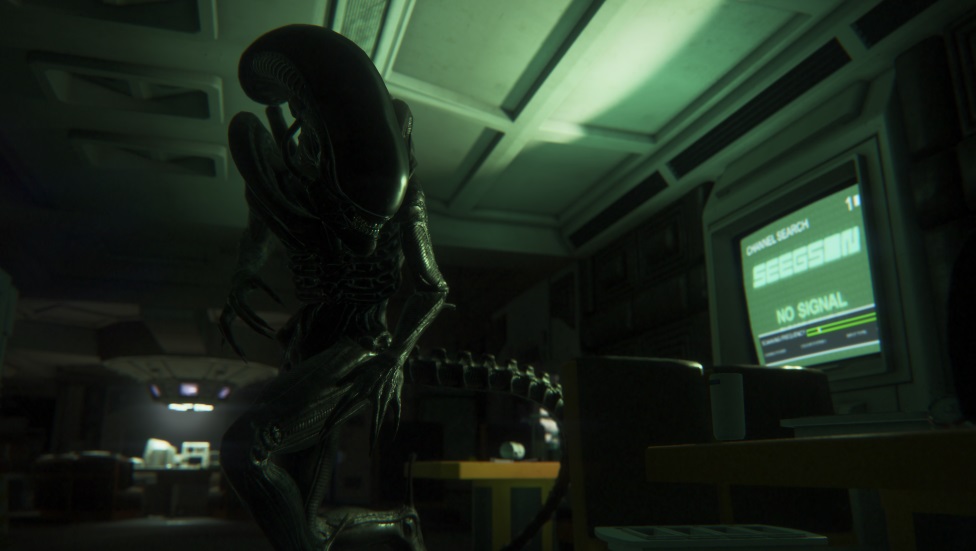 Avoiding the alien is the core of the experience — the demo I played tasked me with exiting an area of the station alive, while the patrolling alien listened for me, searched for my scent, and impatiently waited for me to make a move. Even in the brief time I spent with the game it was clear that the alien was smart and cunning. I died and restarted several times, and its behavior changed slightly each time based on my actions. If I left a door open it would notice, and if I gently nudged a toolbox the noise would alert the alien immediately. Because you have no real defense, just attracting the attention of the monster is enough to spook you. I found myself hesitating to peek around the corner to see where it was, because I was scared of what I would see. When I hid behind a barrier with just a few feet separating us, I actually started sweating.

Much of the horror comes from the way the game immerses you in the experience. It looks and sounds beautiful, but there's no on-screen display to provide info about your health or gear, or distract you from what’s really happening. Instead, you have a motion tracker that gives you a vague idea of where the alien is. When you pull it out to look, the rest of the screen goes blurry as you focus on the display. In one sequence I didn't even notice the bruising alien slipping past me as I was trying to read the tracker. Playing in a dark room with headphones gave me chills.

You can also try to pinpoint the creature through sound; its thumping steps and angry screams give you a good idea of both its location and mood. When you do get captured, there's a range of horrific death sequences, all of which you see in the first person. In just a few minutes of play, I had my guts pierced by the alien's tail and was disembowelled while hanging from the ceiling. Deaths were gruesome but quick, letting me try my luck again with a fast respawn.

There's no shortage of Aliens games — including last year's disastrous first person shooter Aliens: Colonial Marines — but none have tried to capture that sense of horror that Isolation seems to so effortlessly pull off. And it manages it with just one single enemy, as opposed to the hordes games typically throw at you. But the fact that the alien is so powerful and you're so powerless creates a unique and terrifying dynamic. "The question was 'what would it be like to experience Ridley Scott's Alien?'," says creative lead Alistair Hope, "and to have a game where you have this quite meaningful interaction with the alien." The biggest question is how the experience will stand up and remain varied over an entire game — it makes for a good 10-minute demo, but perhaps not a full-fledged product.

"I'd always been a fan of the first film."

Aside from that unending sense of dread, Isolation also emulates the first film's sense of style, with a decidedly 1970s vision of the future. Computer terminals are big and chunky, and there are lots of buttons and levers and vents spewing steam. It's an aesthetic choice that was made for a specific purpose. "I'd always been a fan of the first film," explains Hope. "It's so grounded, and everyday and mundane and pretty crappy, so when this extraordinary creature appears, you've already bought into the world as something that you can relate to."

Alien: Isolation is slated to launch on October 7th for the PS3, PS4, Xbox 360, Xbox One, and PC. But the ideal version of the game might be a little ways off: Oculus recently announced that a version of Isolation is coming to its Rift virtual reality headset (I didn't get to play it, but we did manage a brief demo during our time with the Oculus Rift). From Hope's perspective, the VR version adds yet another layer of terror to an already heart pounding experience.