Back in the 1970s and 80s, before he helped found Beats Electronics, Jimmy Iovine was a record producer working on albums like Bruce Springsteen’s Born to Run and Tom Petty’s Damn the Torpedoes. To help him craft hits, Iovine had a radio tower built into the A&M studio on the Charlie Chaplin lot. At the end of each session, he would take the day’s mix and broadcast it over the airwaves. Then he would get in his car and drive around so he could hear the music the same way most fans would experience it for the first time, a form of field testing that helped him perfect the final sound.

Fast-forward a few decades and the headphone company created by Iovine and fellow record producer Dr. Dre has conquered the market and been acquired by Apple for a whopping $3 billion. How did they do it? There were plenty of high-end headphones on the market before Beats showed up, but they were mostly aimed at a niche audience of audiophiles. According to data from the NPD Group, prior to 2012 premium units made up less than a third of the revenue generated from headphone sales. For the average consumer, a $20 pair of Apple’s earbuds would do just fine. “I get this question all the time. Okay, headphones. But headphones have been around for so long,” TJ Grewal, Beats' head of product, told The Verge. “Why now? Why did it happen? Why Beats?”

"Why now? Why did it happen? Why Beats?"

The answer is a combination of branding and big sound that comes directly from the founders’ experience crafting records — and shaping artists — for a mainstream audience. Essentially, they went about building headphones like producers making an album, not businessmen trying to break into an established market. "I think where that trick comes from, it’s because we’re born more from a right-brain approach to the problem," says Grewal. "Product wasn’t cultural before, it was functional." Beats changed all that by focusing not just on having great sound, but on making "sound" cool again.

"They added a brand to the space that consumer really wanted to identify with," says Benjamin Arnold, an analyst with the NPD Group. "Headphones that are equal parts functional device and fashion accessory, almost like Air Jordans." Beats’ bold colors and more modern industrial design set them apart from incumbents like Sony, Bose, or Bowers & Wilkins. The look was endorsed by celebrity "co-creators" like LeBron James and Lady Gaga. Suddenly $100 headphones were something every kid needed to own.

Beats’ latest models continue to put branding first, with everything else playing second fiddle. The recently released $199.95 Solo2 headphones are an update to Beats’ most popular model, and are available in a range of colors, from bright pink to royal blue. They carry the signature Beats sound of heavy bass and muted highs, but numerous Verge editors found them uncomfortable to wear after only a few minutes. They do look cool draped around your neck, however, which helps explain why the first Solo was so popular.

On the other end of the spectrum, the new $199.95 Powerbeats 2 Wireless are Beats’ first foray into a Bluetooth headphone designed to be worn while working out and so are compact, lightweight, and completely wireless and sweatproof. Wearing them for hours at a time was not a burden, and the loop system keeps them secure in your ears. The six-hour battery life will get you through the toughest workout session, but if you’re using them as your daily headphones, you might be charging them more often than you’d like.

The impact on the industry was tremendous. Premium-headphone sales have increased to make up nearly half the total dollars spent on headphones, up from less than one-third when Beats launched in 2008. In fact, 95 percent of revenue growth in headphones has come from that category. "Beats came in and timed the growth of mobile perfectly," says Arnold. The boom in smartphones and tablets helped drive sales of premium headphones over $1 billion for the first time last year, of which Beats got a whopping 61 percent. And the most important factor when choosing which product to buy, according to an NPD study, was brand, with sound quality a close second.

So what about that sound? It’s probably the most controversial aspect of Beats' success. Many critics have panned Beats as being too loud and focused on the low end, and overall far below the quality of similarly priced competitors. "Is it just all the things that people think, at the superficial level?," asks Grewal rhetorically. "Oh it’s the hip-hop headphone. It’s the artist-endorsed headphone, or whatever. That’s why it’s so popular. That’s not the reason why." 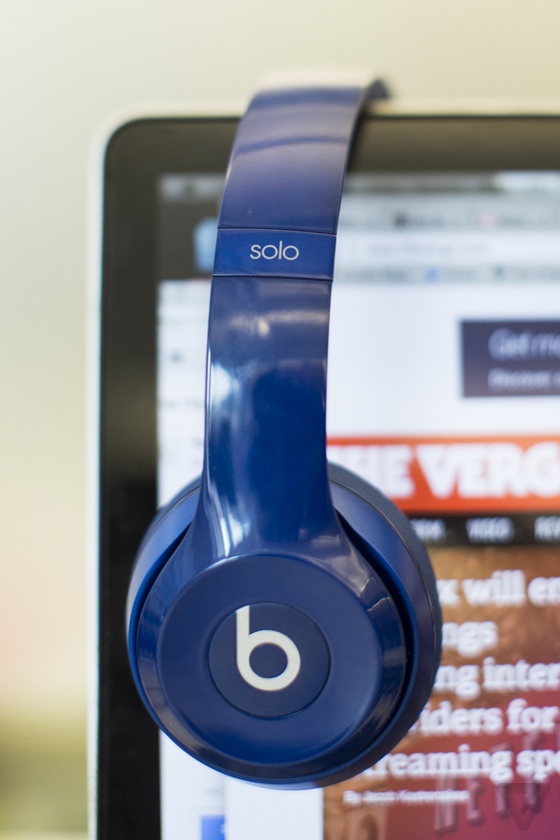 Grewal argues that the signature acoustics critics have disparaged is actually a very conscious choice on the part of the company, one that comes from the DNA of its creators, Iovine and Dre. "So if you’re an audiophile, the curve is very flat," says Grewal, describing how other high-end headphones treat sound. "You’re taking whatever format, whatever curve is coming at you, and you’re pushing it to flat, or what we call reference."

In every recording studio there is a pair of reference speakers the producer uses to get a baseline for how the recording sounds. But Grewal says Beats takes the opposite approach with its headphones. "There is a role and purpose for reference in the world, but that’s not how people enjoy music." Beats’ headphones are meant to have the biggest emotional impact on the widest array of consumers, the same hit-making principles that its founders employed in when mixing tracks. "Our approach to sound is different from everybody else," says Grewal. "Instead of an acoustical engineer doing a reference curve, this was, how can we get the same sound and impact as radio?"

There have been a number of competitors that copied Beats' approach, but just like it's hard to predict a hit record, the formula of hip-hop, celebrity, and headphones doesn't always equal big sales. Both Ludacris and 50 Cent have put their names on headphones with the same urban aesthetic and bass-heavy sound. "The formula has been tried, but nobody has had much luck recreating the success of Beats," says Arnold. With Apple as their new partner, he expects Beats may pull even further ahead of the competition. "That combination, I think in terms of quality... you’re only going to see them take a big step up."