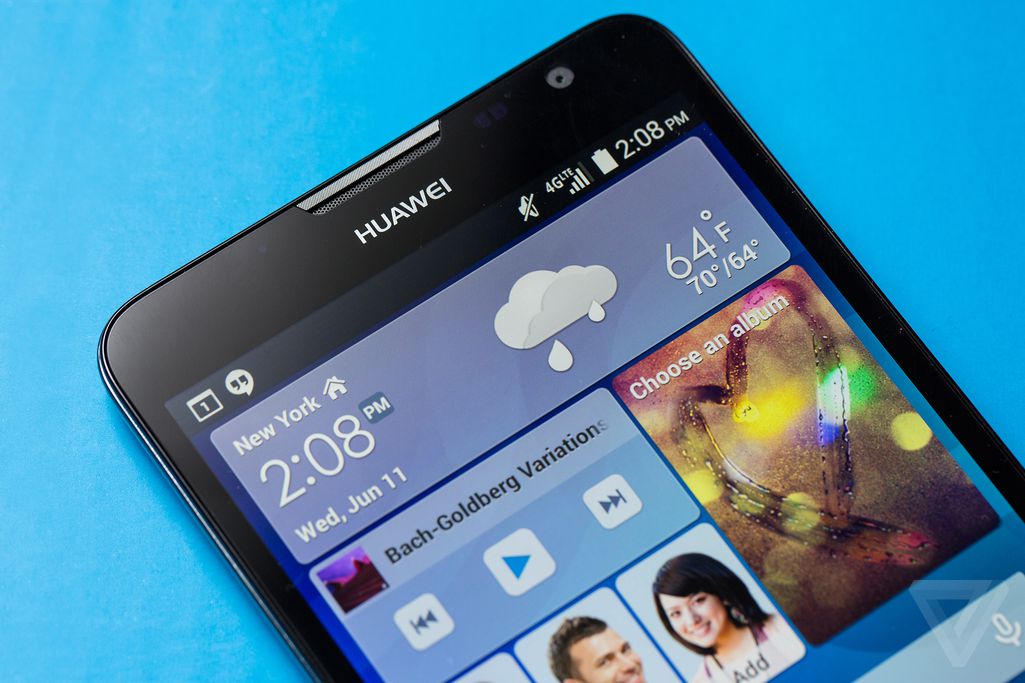 If you were to ask the average American consumer to name a company that makes smartphones, chances are they would say Apple or Samsung. Perhaps a few will mention LG, HTC, or Motorola. But it’s very likely that they wouldn’t say Huawei, the massive Chinese electronics company. Though Huawei has sold smartphones in the US for years, they’ve always been carrier-branded, and as a result, the company has remained far from a household name. For many, Huawei is best known as a foreign company that the US government has long suspected of being a security threat.

Despite this brand unawareness in the US, Huawei is ranked as the world’s third-largest smartphone maker, right behind Samsung and Apple. It shipped a staggering 48.8 million phones in 2013, putting more well-known brands such as HTC and Motorola to shame. Now the company is launching its first real effort at building its brand in America, and it’s starting with the Ascend Mate2. 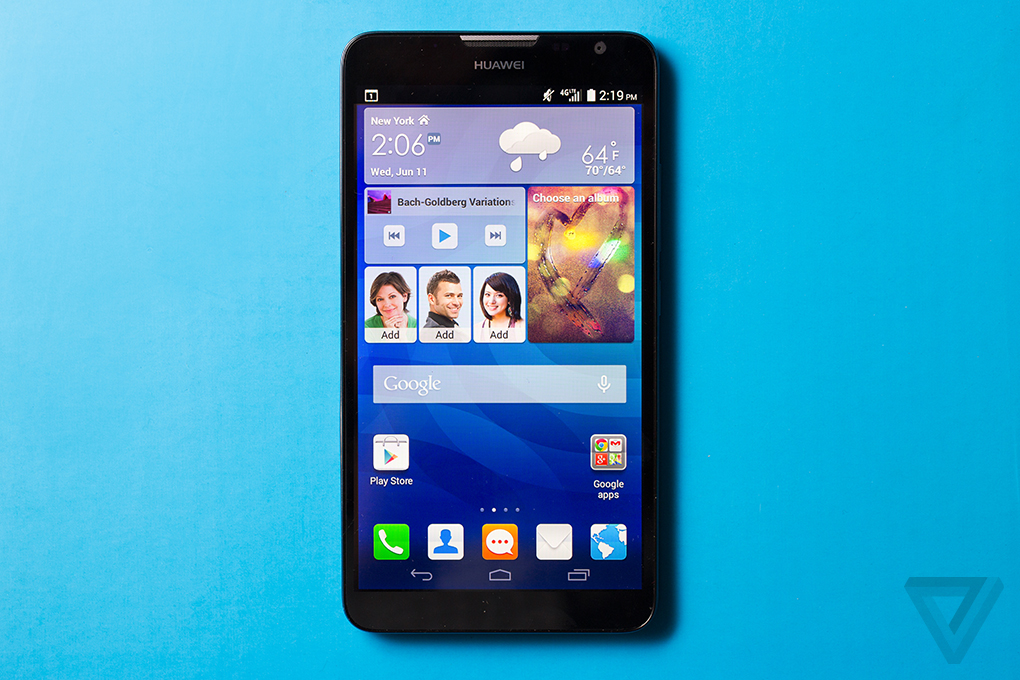 The Ascend Mate2 is the first Huawei smartphone sold in the US not labeled or customized for a carrier. It’s also the first device to be sold in Huawei’s new online store, gethuawei.com. Unlocked, the Ascend Mate2 won’t be offered by any carriers, but it does support both AT&T’s and T-Mobile’s networks, including LTE. It will sell this month for $299.

Zhiqiang Xu, the recently appointed president of Huawei Devices USA, says that it took Huawei a year and a half to build its brand awareness in Europe and have carriers "accept" the Huawei brand. The company put a lot of effort into sponsorships and marketing to get its name out in Europe, everything from sponsoring soccer teams to putting up billboards. It also priced its phones very low, which helped it gain market share and traction among consumers. "Today we don’t have any problem if we launch the phone [in Europe] with our own brand," says Xu.

But in the US, the company is taking a different approach, forgoing the traditional marketing route for a more grassroots-based attack. Hinting at the high marketing budgets of Samsung and others, Xu says "we think the end user pays too much, they contribute to marketing budgets. We don’t think they should have to do that." Instead, Huawei will focus on digital media, such as blogs, social media, and other online activities to get its name out in the US.

Xu also says the direct-sale e-commerce business model "is probably going to be the future," and the recent moves by carriers to remove subsidies from rate plans will make the direct-sale market much larger. Huawei sees e-commerce as how it will approach the customer in the future, whether that’s through marketing, sales, or support. But it’s not abandoning all hope with US carrier. Xu says that future efforts in the US will include both direct sales and partnerships with carriers. The company hopes that it will be successful enough with its direct-sales business to pressure carriers into offering Huawei-branded devices. 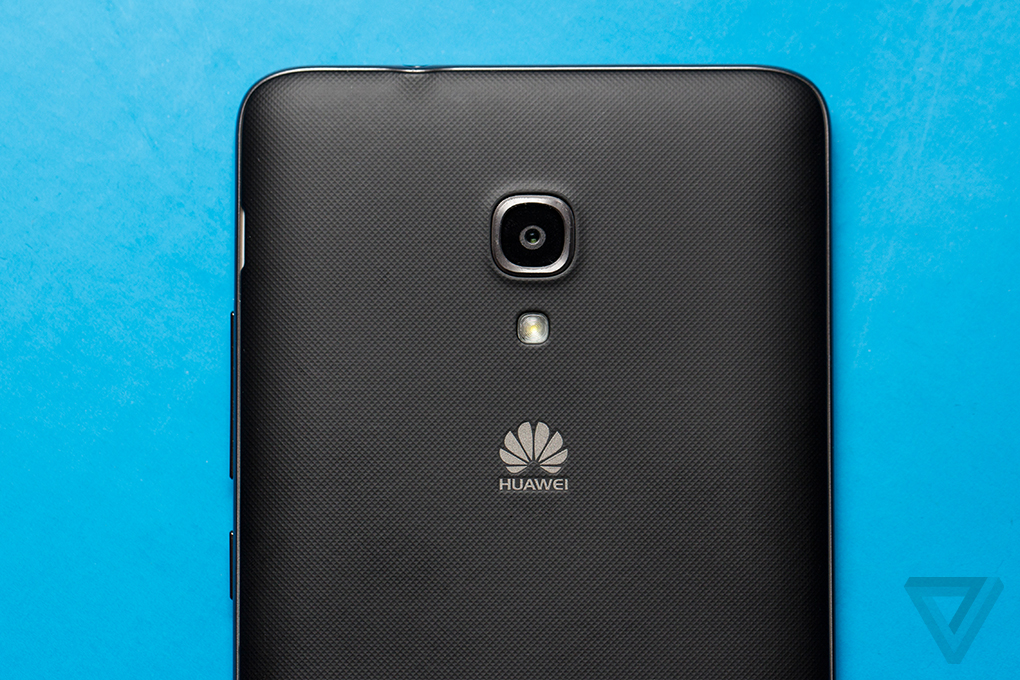 As a first-effort smartphone in the US, the Ascend Mate2 is decidedly midrange, and a bit out of step with the rest of the options available to American consumers. It’s a massive device, with a 6.1-inch display and a weight of over 7 ounces. Xu says part of this is by design — he calls the Ascend Mate2 a "wise, balanced choice" in that it hits the middle of the smartphone spectrum in terms of features, hardware, and price.

But at the same time, Xu admits that the Mate2 is not for everybody, calling it a "niche product." Huawei isn’t going to stop with the Mate2 — it’s just the first of a line of phones Huawei intends to sell in the US through its website, and other size options are certainly coming. The company does make high-end phones for other markets — the Ascend P7 is an example of a device that can run toe-to-toe with the best from Samsung and HTC.

Still, it feels like the Ascend Mate2 is a phone that was designed for an Asian market, where excessively large-screen smartphones are most popular, and it’s hard to see it becoming a real runaway hit in the US. The low, sub-$300 price is attractive, but the Mate2 has a lower resolution, 720p display, a generation-old processor, a mediocre camera, and a ho-hum, pedestrian design. It doesn’t have any emotional appeal or a great, headline-grabbing feature. On the plus side, the build quality is solid, it has an enormous, 3,900mAh battery that Huawei says lets the Mate2 outperform other smartphones in its class by 30 percent, and loads of software features that are found on high-end smartphones. 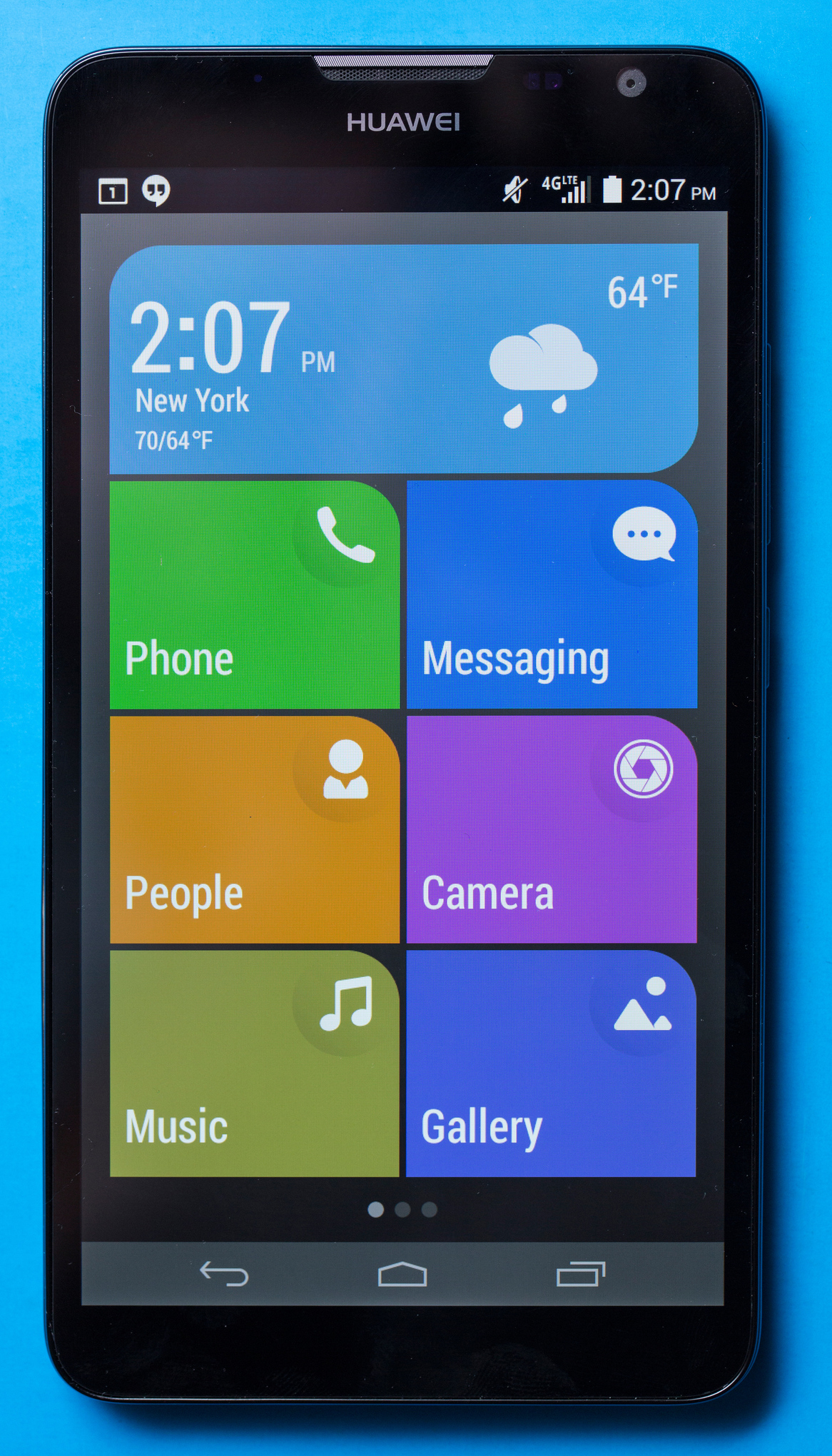 Using the phone for the past few days, I can’t say I’m not impressed — the Mate2 feels nice, with a pleasant soft-touch finish; it can handle most any day-to-day task without issues; and the battery lasts an exceedingly long time. I’m not a fan of Huawei’s "Emotion UI 2.0 Lite" interface, which blends the worst of TouchWiz and iOS into an unholy abomination. It looks like something from the prior decade. But I do like some of the included software features, such as the programmable "do not disturb" mode and "simple" launcher, which turns everything into giant, easy-to-press buttons. It’s good for the first-time smartphone user or anyone who just likes a simple home screen. The Mate2 also has a neat trick of being able to charge another smartphone with its massive battery, though I’m not sure how often I’d actually use such a feature.

Huawei has a high mountain ahead of it to climb — the US smartphone market is notoriously difficult to penetrate, and even established brands like HTC and Motorola struggle to sell smartphones in meaningful numbers. The direct-sales market is also still unproven; enthusiasts might not have a problem buying a smartphone online, sight unseen, but that’s not how the vast majority of consumers purchase them. There’s also the question of support: what happens if you break your Huawei phone? You can’t bring it to a Huawei store or even a carrier store to get it fixed.

But as Huawei proved in Europe, it’s willing to be patient and respond to market demands in order to gain market share and rise in popularity. It just might have to be extra patient to do the same in the US.