Should three people be allowed to make a baby?

Researchers might soon make a child with three genetic parents, but the ethics of "designer babies" haven't been worked out

Share All sharing options for: Should three people be allowed to make a baby?

For more than a decade, scientists have been developing a fertility technique that involves combining DNA from three parents to make a child. The technique, which has yet to be tested on humans, aims to help women who suffer from mitochondrial disease conceive a baby to which they are genetically related. But as the science inches closer to the human trial stage — some say that might happen in as little as two years — the scientific debate surrounding "three-parent babies" grows louder, and more polarized.

Just last week, for instance, a British scientific panel decided that the fertility technique is "not unsafe" for patients who suffer from mitochondrial disease. The decision hints that British government may soon amend legislation that currently bars the procedure, called mitochondrial replacement (MR), from entering human trials. Yet an American scientific panel reached a different conclusion in February when it decided that the science supporting MR was inconclusive and lacking. Thus, the first baby with three genetic parents will likely be British, and the two countries that are seriously considering human trials are unlikely to reach a consensus before its birth.

Mitochondria are tiny cellular subunits located within the cell's cytoplasm, but outside of the nucleus. They generate the energy that cells need to carry out their functions. But some people — an estimated 4,000 people in the US each year — are born with faulty mitochondrial DNA, which can cause a range of health problems, including seizures, blindness, heart problems, and liver disease. Furthermore, because this type of DNA is only passed on by women, potential mothers with mitochondrial disease often live in fear of passing down what occasionally turns out to be a fatal health condition. For affected couples, MR therefore represents a welcome solution that could allow them to have a healthy child to which both parents are genetically related — and the fact that the technique involves using genes from a third person might very well be worth it.

Combining genes from two women and a man

"It's a splendid way of relieving the threat of a life-limiting disease for which there is no alternative intervention available," says Alastair Kent, director of Genetic Alliance UK, a national charity that supports people with genetic conditions. But "I think the question now is "is the science there yet?""

On the surface, the science that powers MR is deceptively simple. To avoid conceiving children with faulty mitochondrial DNA, scientists simply take a donor egg from a woman with normal mitochondria, remove its nucleus, and insert the nucleus of an affected mother in the egg instead. The affected mother still contributes 25,000 genes to the fertilization process, but a small quantity of genetic material from the cytoplasm — 37 genes, to be exact — is provided by a female donor. Once the embryo is created, the affected mother can carry it to term herself (although carrying a child can be risky for some women with mitochondrial disease).

But those considerable advantages don't change the fact that any child conceived through mitochondrial replacement will be carrying genetic components from three people. Understandably, the idea has captivated the public's imagination, and even led to explanations about why this won't give rise to "lesbian designer babies" (MR will only be offered to couples dealing with mitochondrial disease). But most scientists assert that the procedure is actually more akin to organ donation than an experiment produced in Frankenstein's lab. "It's no different from somebody who has received a bone-marrow transplantation," says Evan Snyder, a human geneticist at the Sanford-Burnham Medical Research Institute in California who chaired a meeting of the FDA's Gene Therapies Advisory Committee in February, "because every organ and your blood now also represents a third individual."

Furthermore, many argue that the number of genes an egg donor would contribute is too small to warrant debating a child's parental origins. "I wouldn't say that the ‘third parent' has much of a contribution," says Shoukhrat Mitalipov, a developmental biologist at the Oregon Health and Science University who used MR successfully to breed four rhesus macaques in 2009. But Kent puts it more bluntly: "The woman who provides the mitochondria won't be a parent, because mitochondrial DNA isn't the part of the DNA that determines who we are."

37 genes don't make you a parent

Yet these kinds of arguments can also be used to critique the push for human MR. "Keep in mind that it's a very rare condition and being severely affected is not the standard, so they are targeting a tiny number of women," says Katharine Wenstrom, a geneticist at Brown University in Rhode Island. That view might not hold much weight with British scientists, says David King, director of Human Genetics Alert, a UK-based public watchdog group. "There exists a dogma that nothing should be allowed to stand in the way of a high-tech medical benefit, however minimal that benefit is expected to be."

Of course, the arguments for MR aren't purely medical. "This deals with not only the medical urgency, but also the elective desires of parents who want the kids they raise to have their genetic components," Snyder says. There are many other strategies that can help these couples — including adopting and conventional egg donation — but they don't allow women with mitochondrial disease to have children that combine their own genetic makeup with that of a male partner.

But beyond these considerations lies a much deeper issue, King says: the question as to whether humanity is ready for children who are genetically tailored — or "designed" — to avoid certain traits. "This would be the first case of intentionally manipulating a child's genome," he says. "And we are crossing that line for the sake of what exactly? For a very small number of families who already have options that allow them to raise children."

So far, the ethical questions surrounding MR have largely overshadowed the science. But for some critics, the science itself is enough cause for worry. "Some [gene expression] patterns are modulated by the mitochondria," Wenstrom says, "which raises the concern that if the mitochondria and the nucleus don't interact perfectly, genes might be turned off, and we might see birth defects."

King agrees, adding that research in animals — namely the successful birth of four monkeys — is scanty. "I think that the monkey data are certainly relevant, but they are not by a long way sufficient. We need to look at quite a larger number of cases." That same argument was used by the FDA advisory committee in February, says Snyder. "We need to do longer follow-up of the offspring — there are some gaps that need to be filled."

But Mitalipov thinks the technique is ready. His lab used MR to produce normal-looking human embryos in 2012 and that piece of evidence, he says, "was very supportive." And the four rhesus macaques he bred in 2009 have turned into normal adult monkeys. "They're healthy," Mitalipov says, "and now we are breeding them to see what happens to the next generation." 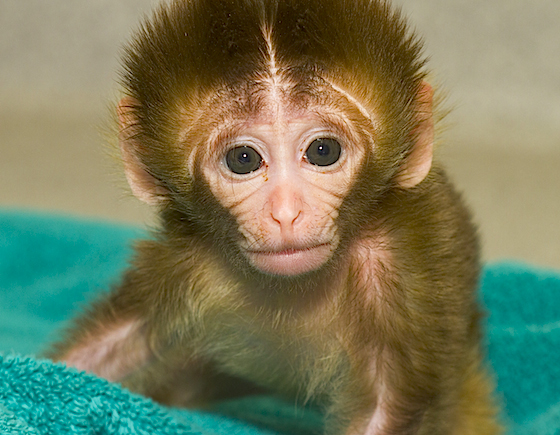 Already, researchers are brainstorming other uses for mitochondrial replacement. "We think that lots of the egg quality depends on the cytoplasm and mitochondria," Mitalipov says, so "there is big hope that this procedure will help women who are advanced in age with egg quality problems." But the idea has its share of detractors. "There is no scientific reason to suspect that extra mitochondria would treat infertility," Wenstrom says, "especially since people with mitochondrial disease aren't infertile."

Despite this lack of evidence, many researchers think the technique could help older women conceive. "Animals don't have this ‘egg aging' problem. But problems begin around the age of 37 in humans, and the drop in egg quality is dramatic," Mitalipov says. That's why it's "kind of expected that [MR] will help."

"The UK has always been a little more progressive."

What is perhaps most striking about this debate is how differently experts in the UK and the US have evaluated the scientific evidence — especially because both looked at the same studies. "The UK has always been a little more progressive, even when you go back 10 years in terms of stem cells," says Louis DePaolo, chief of the Fertility and Infertility Branch at the Eunice Kennedy Shriver US National Institute of Child Health and Human Development. But King thinks this attitude has more to do with scientific prestige than anything else. "Ever since Dolly the sheep, the British government has been keen to establish the British world lead in all of that," he says. "The powers that be are very dead set on pushing this through Parliament, and I have no doubt that they will."

In the US, getting MR to human trials is bound to take more time. "The FDA has not made any decision," said FDA spokesperson Jennifer Rodriguez in an email to The Verge, adding that the agency, "recognizes that there are moral, ethical, and social policy issues related to genetic modification of oocytes, and that these issues have the potential to affect regulatory decisions."

"If you have a technology that can assist couples who are at risk for having affected children, then using it is a good thing to do," Kent says. "It's human use of science." But for those who oppose mitochondrial replacement, arguments like that only highlight that we have yet to determine how far we're willing to let such human uses go. "In the end, the first child that will be born will be an experiment," King says. "And once you cross that particular ethical line, it's extremely hard to prevent it again."