Before Christian Bale came along, Batman was synonymous with one actor: Michael Keaton. Now the man who brought the caped crusader to life in the darkly cartoonish 1989 Tim Burton movie is returning over 25 years later as a similarly angsty superhero with wings: Birdman. Or, to be accurate, Keaton plays the part of an actor famous for playing a superhero called Birdman trying to mount a late-career comeback in a Broadway play. If that sounds confusing, that's because it's meant to be.

The new black comedy from acclaimed Mexican director Alejandro González Iñárritu (Babel, 21 Grams) is a self-referential look at the business of Hollywood and what it does to movie stars and those close to them. But as is clear from this first trailer for Birdman, the film will also involve surreal scenes of asteroids, beached seals, nightmarish giant birds, and a shirtless Keaton leading paparazzi through Times Square. It's also got Emma Stone and Edward Norton. If that sounds like your thing (and why wouldn't it?) prepare to heed the call this fall: the film hits theaters October 17th. 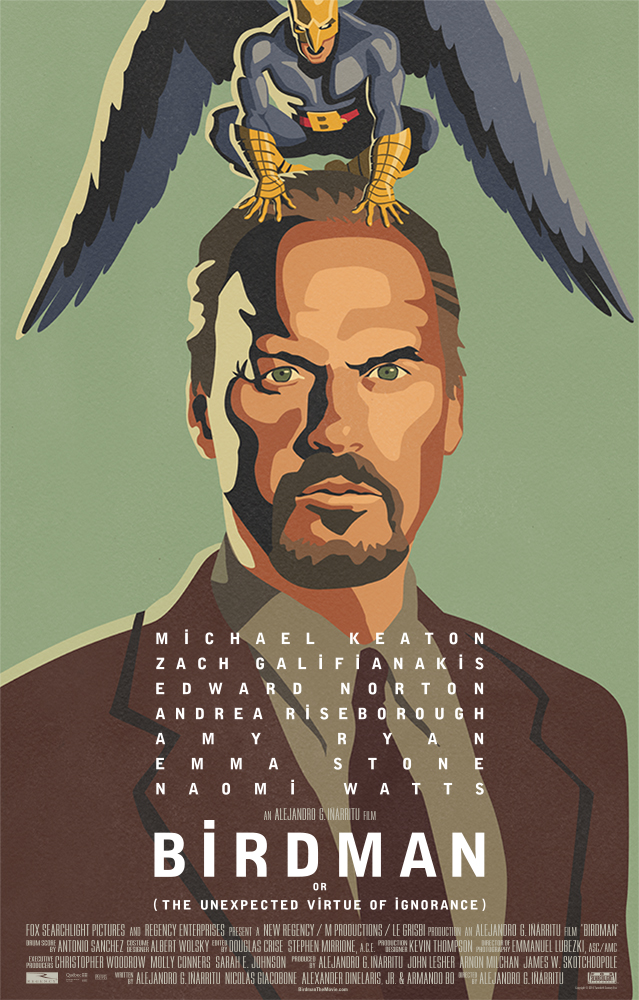