A feature that protects iPhones is also hampering some legitimate resellers

When Apple introduced the iPhone in 2007 and the iPad in 2010, it not only created a non-stop stream of money for itself, but also for thousands of other companies. And as the markets for smartphones and tablets grew, so did crimes that involved those products. Easy to snatch, and just about as simple to resell elsewhere for hundreds of dollars, these products became prime targets for thieves. Around 3.1 million Americans had smartphones stolen last year, or about double the year before, according to a recent study conducted by Consumer Reports.

Facing increasing scrutiny, Apple introduced a new security feature as part of iOS 7 last year called iCloud Activation lock. Enable it, and you need to provide that specific Apple ID and password to erase and reactivate an iOS device. For iOS device owners (though mainly those with iPhones), it's a free layer of security that ensures thieves — or anyone else who finds your phone — can't do much with it. Politicians in cities like New York and San Francisco where that crime is the worst, and who had been hounding companies like Apple to offer extra protection, praised it immediately. Users also felt a sense of security in that their phones became a little less valuable to thieves.

But in the time since the feature was released to consumers last September, it's also managed to gum up the operations of legitimate companies that buy and resell iPhones and iPads. Some have been left with piles of non-functioning devices — a problem that's expected to get worse as the next wave of trade-ins begins, and millions of older devices are cycled out.

"We're going in the opposite direction."

"The net result is that instead of that device being put back into the stream of commerce, it's destroyed, and the parts are recycled as best they can," says Eric Gurry of reuse and recycling company Mindful eCycling. "We're going in the opposite direction of where our society needs to go to effectively handle the millions of devices our society produces."

Gurry's company is one of many that handle the less glamorous side of a smartphone's lifecycle, the one where old devices are put out to pasture or spruced up before going to a new owner, often in a different country. People donate used or broken devices through programs like Cell Phones For Soldiers, or Mindful eCycling's own trade-in business. In both cases, one of two things happens to these used devices: those phones are either refurbished and resold, or broken down and sold for parts and scrap. Apple's antitheft solution has affected both, Gurry says.

"You can't sell a phone as a functioning device because the IMEI number on the chip is not going to reactivate. Maybe you can yank the screen and the battery and sell those for parts, then melt down the motherboard and get 85 cents," he says. "The economics are completely upside-down."

Not everyone is doing that, though, says Adam Hendin of HendinTech. His company, which is based in Toronto, is on the receiving end of used and damaged phones that get fixed and exported internationally (including to the US). Most of the devices that end up there have been traded in or brought in as part of warranty programs at big-box retailers and phone carriers, and many come with the lock still enabled. "We don't have access to stolen devices — these are usually filtered out in the trade-in process," Hendin argues. "It's a shame there isn't a tool for companies like ours."

"It's a shame there isn't a tool for companies like ours."

Hendin says he's been in contact with Apple about the matter, but the company has not offered an olive branch. As a result, HendinTech will either break down any locked units it gets for subcomponents, or set the whole circuit board aside in hopes that Cupertino will offer an official solution. In the process, the longer the parts sit there, the less they're worth. Apple declined to comment to The Verge on claims that some bulk device purchasers were facing issues, and pointed to its support and recycling pages, which spell out what customers need to do before sending in a device with iCloud activation lock enabled.

"This is really harming a lot of folks in the nonprofit and the recycling world that have been doing it at scale," says iFixit founder and CEO Kyle Wiens, who is a longtime critic of the repairability of products from Apple and others, and keeps track of that metric on iFixit's site. "I know most electronics recyclers are absolutely panicking."

Hendin described it as less of a panic, and more of an annoyance. He also said the number of locked devices was initially far higher to his company and others after iOS 7 first came out. It dropped significantly, but has managed to stick around with no signs of disappearing. "The reality is we're getting trade-ins where most people have not realized they've done it," he says. "It's a small percentage, but at the end of the day it's still substantial. Nobody wants to have any losses."

The economics of reselling smartphones are in a constant state of flux, a phenomenon that resellers track like the stock market. Just before a new phone comes out, prices spike, then taper off. The length of that taper depends on the manufacturer and paradigm shifts in the smartphone industry, like bigger screen sizes, LTE support, and so on. Apple's software lock, which ultimately controls whether you can actually use the device, has added a whole new layer of complexity to that equation. 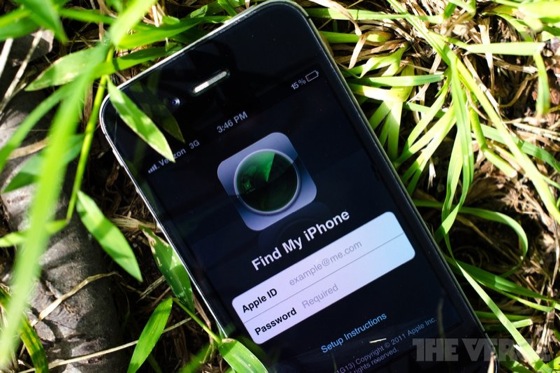 Apple currently provides ways for users to remove the lock from iOS devices they no longer own, but not for companies that buy old phones and tablets from consumers. That is, in part, to keep theft rings from benefitting in scale. It was the first of the major smartphone makers to offer remote locking out of the box, building on its existing Find My iPhone service which lets people locate, lock, and remotely wipe their devices. At its annual developer conference last June, Apple executives referred to the extra activation lock feature as a "really powerful theft deterrent."

Even so, that hasn't stopped attempts to thwart the security. Last month, a pair of hackers claimed that they were able to bypass Apple's activation lock feature by faking the authentication that goes on between devices and Apple's servers. According to the group, the method was disclosed to Apple in March, and has already been used on 70,000 iOS devices.

Other companies have followed Apple's lead, including Google and Microsoft, which offer free tools to help locate and disable devices remotely. However, neither offers a way to render the device useless to potential thieves if it's been wiped. Last year, Samsung pitched its own activation-lock solution, though the idea was rejected by carriers. It followed up with a reactivation feature that requires a passcode to wipe the device, but it doesn't come preinstalled on all new devices on all the carriers. 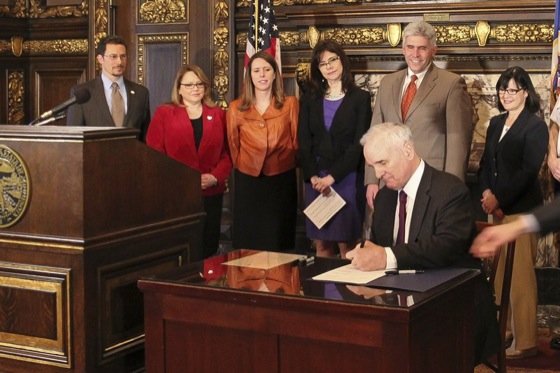 Alongside these moves, legislators both at a state and federal level have asked phone manufacturers to add remote wiping and disabling as a standard feature. A bill passed in Minnesota last month requires all new phones sold in the state to offer a remote "kill switch" option after July 2015. A separate bill in California asks for the same thing, and could be signed into law later this month. There's also a bill introduced in Congress back in February that aims to put the onus on carriers to offer remote wipe and lock features to all consumers in the US.

It ultimately boils down to money

It ultimately boils down to money, with what's been a huge rise in the business of recycling and reselling smartphones. According to NextWorth, a company that buys used phones and other gadgets, smartphone trade-ins in the US alone are estimated to be worth $3 billion this year. Gazelle, a NextWorth competitor, says it has processed more than 2 million trade-ins since launching six years ago, and has paid out more than $150 million in the process.

And Apple has gotten into the game, too. Last August, just a month before iOS 7 was released, the company launched a reuse and recycling program that encourages users to bring in older iPhones in return for store credit towards a newer model. It's designed in no small part to get people to buy iPhones directly through Apple instead of through carrier stores or third-party resellers. (Previously, Apple had a recycling program that focused primarily on used computers.)

For this latest effort, Apple has contracted PowerOn Services, a trade-in and recycling company based a few hours north of Apple's California headquarters. When asked about the process, a PowerOn representative said it asks customers to disable the lock feature before sending phones in. Likewise, Gazelle says it instructs customers to do the same thing, and says it will actually send a locked device back to a customer if they aren't able to do it remotely. The same goes for instructions provided in carrier trade-in programs from T-Mobile, and through retailers like Best Buy, which will not accept devices that don't have the lock disabled.

"The clock continues to tick."

Still, not every company is providing adequate warnings, and not all iPhones or iPads that are being traded in have the feature enabled. But as time goes by, and new models keep coming, this problem will only become bigger for companies that are in the business of dealing with old electronics, Gurry warns.

"A lot of the devices we get are older iPhones, and a lot of those aren't running iOS 7. But it won't be like that forever," he says. "The clock continues to tick."