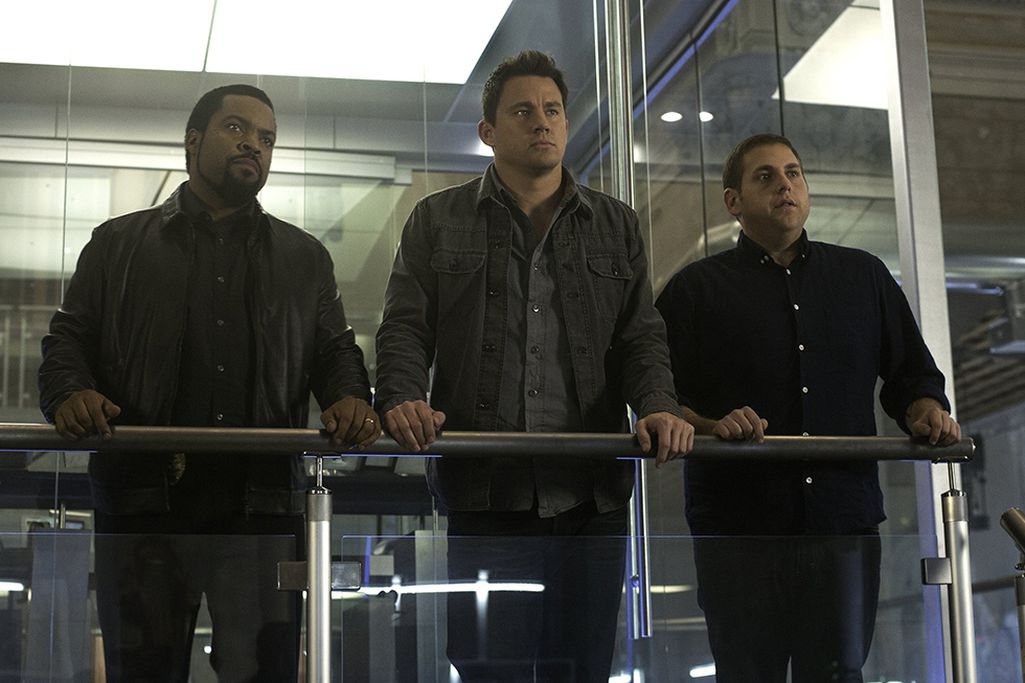 Phil Lord and Chris Miller are on a hot streak. After scoring a surprise hit with 2012’s big-screen reboot of 21 Jump Street, the directing duo followed it up this past February with The Lego Movie. With a mix of inventive visuals and effervescent comedy — not to mention a ton of pop-culture references — the pair took what could have easily been a lazy commercial tie-in, and turned out a tremendously entertaining movie that felt straight from the Pixar school of animation. This Friday, their first sequel, 22 Jump Street, hits theaters — and expectations are a little higher this time around. We chatted with the directors about their animation background, striking the right balance between heart and snark, and how they avoided the pitfalls of almost every sequel ever made.

You both clearly realize that making a sequel is a dicey proposition. Did you find the prospect daunting?

Phil Lord: It is, it’s totally scary. Especially because we got lucky and had a really nice success with the first one — and why would you go back to the blackjack table after that?

PL: But I think we try to not make decisions based on what people are going to think, or the risk that we might fail. I feel like once you start thinking about that, you go crazy. And obviously our past projects don’t have a lot of vanity about them. If it’s a Lego movie, fine. If it’s a remake of a TV show that no one of this generation remembers, that’s cool too. And we try to just hold on to that, and not be too precious about what the public perception might be.

There are a lot of gags in the movie that play with audience expectations about sequels, and several double entendres where characters are talking about their mission — but they’re also talking about the movie itself. How do you work in that meta commentary without undermining the story?

PL: It’s hard. And you kind of let the audience tell you a little bit. We took out, believe it or not, a bunch more jokes like that from the movie, because at a certain point — especially towards the end — the audience doesn’t want to hear that the thing they just saw is stupid. They want to think that it’s still good.

CM: That was our guiding philosophy on the whole thing. If it was just a bunch of jokes about how sequels were dumb, there wouldn’t be anything to hang on to. It had to tell a real story, and have real character moments, and new jokes and new ideas. 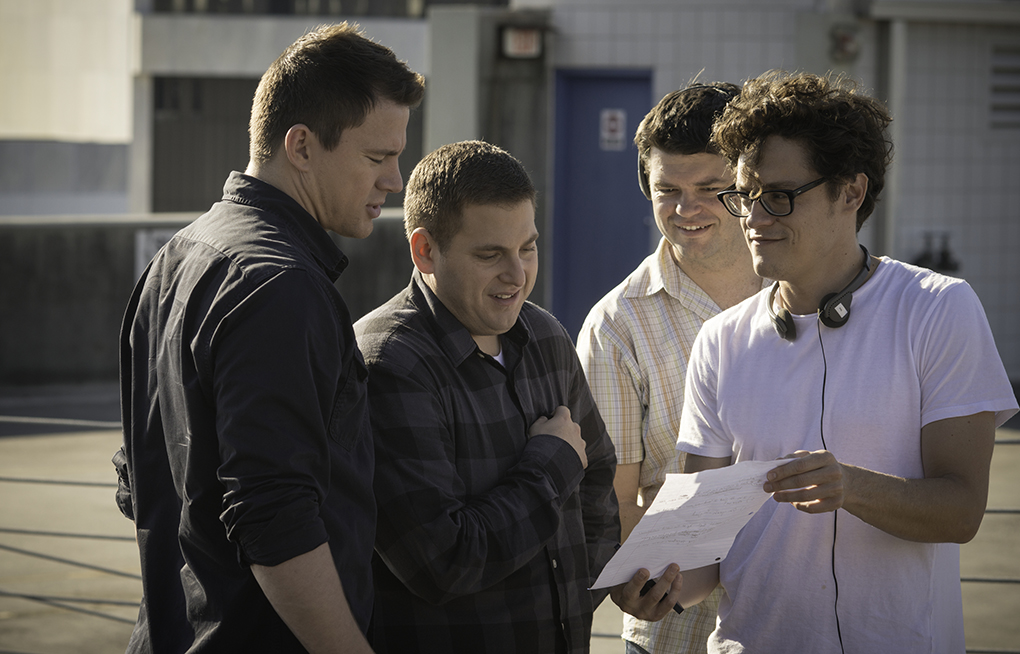 You’ve got some really talented comedic actors in the movie. Is there a lot of collaboration and improvisation when you get ready to shoot?

CM: Absolutely. This one was probably the loosest movie we’ve ever done. Our philosophy is to hire great improvisers because they make us look good — and then people like Jillian Bell (Eastbound & Down), who was one of the first people I’ve ever seen put Jonah on his heels, because she’s so funny and so quick. And putting people like that in a room together and just seeing what happens when the characters know their characterization and what the goal of the scene is. It’s so much better and more spontaneous than anything that could be written.

So do you end up finding the movie in the editing process a lot, then? 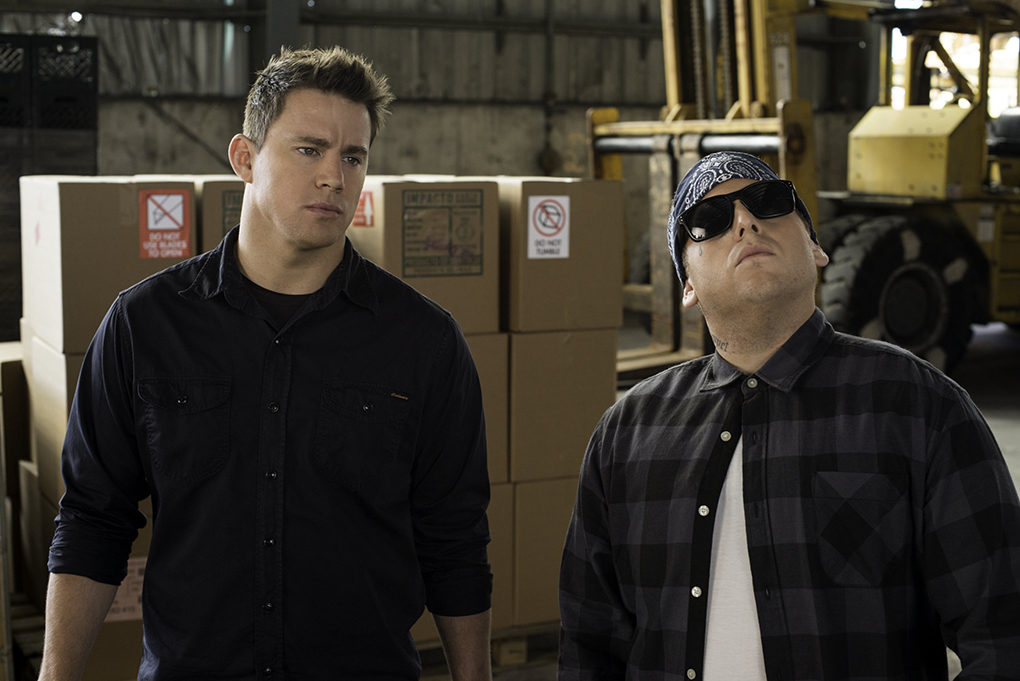 PL: Yeah. You could say that [laughs].

PL: It was crazy.

CM: When we got it down to Wolf of Wall Street length we thought we had accomplished something. And then we still had to kill a bunch of darlings.

PL: I enjoyed the 2 ½ hour cut of the movie. I don’t think anyone else did. [laughs] But when I watched it I was like, “Oh, this is cool! I like what’s in here.” Then you put it in front of an audience and you realize they’re exhausted.

CM: There was a reason Hitchcock said movies should be the length of what a human bladder can hold.

You both are obviously well-versed in pop culture. Were there any college movies, or action movies, or sequels you looked to when you were prepping the movie?

CM: Oh, I mean, it’s so varied. We try not to do any direct spoofs, I guess, other than there was some clear direct references to Bad Boys 2 [laughs]. But it’s more of a genre love.

PL: And it’s very rarely as a laugh, right? It’s mostly, “Oh, I love this one shot from Bad Boys. Let’s see if we can do the exact same shot in this movie."

CM: And there’s a fine line between homage and spoof, and we want to be on the right side of that line. But we are obviously grifters who steal things from everywhere and anywhere, and we absorb a lot of media and it gets filtered through and comes out the other side a little more messed up. 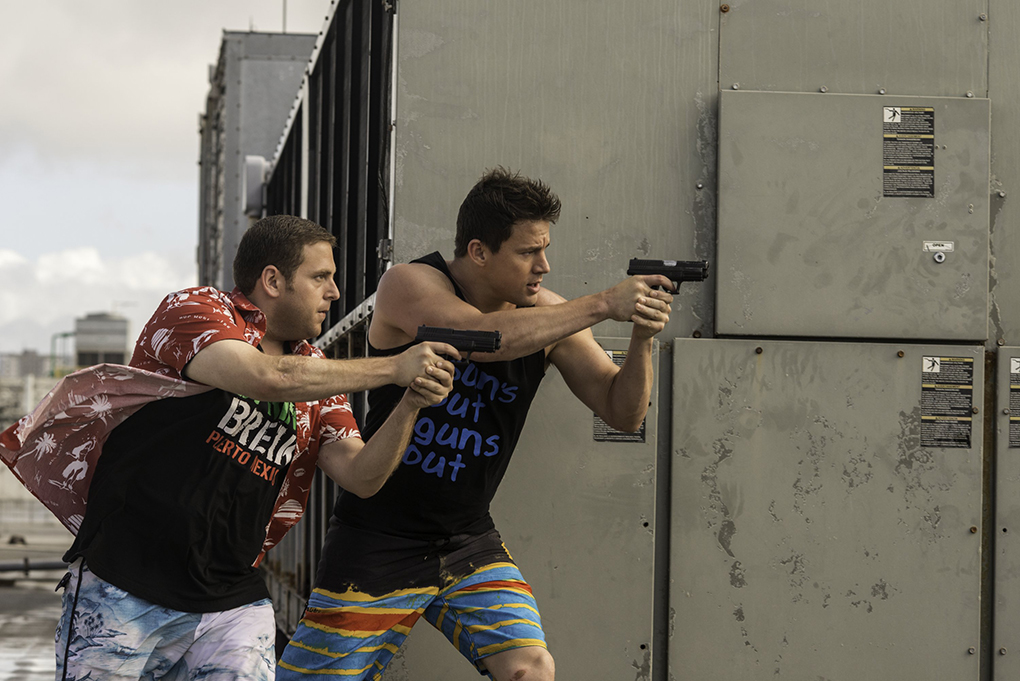 One interesting aspect of your movies is that they’re very earnest when it comes to the emotional story beats. Even if there’s a ridiculous gag happening, the relationships are taken very seriously. Is that something you guys think about consciously?

PL: We definitely have learned since Cloudy [With a Chance of Meatballs] that giving the movie real emotional weight just makes it funnier. … Because when your joke fails, at least you have this really human thing that people are watching and following to fall back on. It may have even started in [the animated series] Clone High, where we were trying to make fun of teen television dramas, and so we had the characters very earnestly being in love with each other. And being miserable, and losing loved ones, and stuff. … And the closer to reality it got the better it was. And I think that this [movie] is the full expression of that bit. What if they really cared about each other? What if they’re really deeply in love with one another, these two partners? How great would that be to depict?

You’re working on the Will Forte show Last Man on Earth. Judging from the teaser, it looks like it could be riffing on any number of post-apocalyptic movies and shows. Can you share what it’s about, other than Will Forte being awesome?

PL: That’s the basic gist of it, is that Will Forte is awesome. And we like giving ourselves — and so does Will — impossible problems to solve. Such as, "Could there be a show with Will Forte as the last man on Earth, and could it be on a major broadcast network?" [laughs] And we’re gonna give it a shot. This early stuff is really funny.

CM: And it’s really going to be like nothing you’ve ever seen on a network television show before. We can’t really say… there’s a lot of twists and turns in it. It’s kind of about how do you start over a new society. And there are no zombies in it. I will give that spoiler: no zombies. It’s zombie-free.

Without giving too much away, there’s a sequence towards the end of Jump Street where you explore a number of different directions the series could go. Jump Street Generations was my personal favorite, but was that montage you guys essentially saying, “Okay, we’ve said all can about these two characters"?

CM: Yeah, it really was. We’ve fallen in love with those two characters, and Jonah and Channing do such a great job of being an unusually matched pair, and their chemistry is so real — and we just want to hang out with them some more.

PL: It’s a version of happily ever after. We want to know that these guys are going to be together forever, and have a very exciting, wonderful life.

CM: If no other Jump Streets happen, you can end happy, knowing that they rode off in the sunset. In outer space.