Code and video games are slowly garnering appreciation from the art world, with museums like the Smithsonian adding new interactive media to their permanent collections in recent years. Now, Björk's iPad app for her 2011 album Biophilia has just been accepted into the Museum of Modern Art's (MoMA) own collection, becoming the first app to earn the distinction.

At the time of its release, Biophilia was an art project as well as a album. In addition to its being released as a CD, each track, which were partially recorded on the iPad, could be purchased within the Biophilia app and played like a game. MoMA responded well to the design, saying in a statement, "The app reflects the artist’s interest in a collaborative process that here included not only other artists, engineers, and musicians, but also splendid amateurs—the people that download and play the app/album." 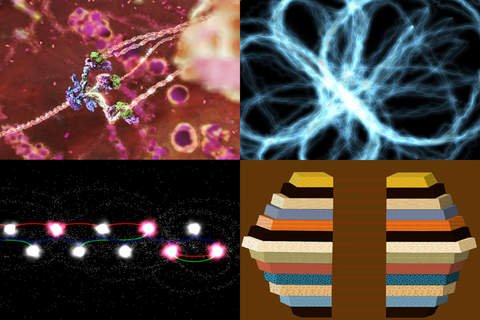 Biophilia now joins the handful of other apps that enjoy places in museums. Last year, the Cooper Hewitt, National Design Museum added the app Planetary to its collection, and even made the source code available to the open public. Later, the Smithsonian added two video games to its collection. Both can be seen as part of the museum's Art of Video Games exhibition, which is currently on tour through 2016.