What About the Heart is a project by London-based photographer Luisa Whitton, created in collaboration with Hiroshi Ishiguro, a scientist renowned for his work in the Japanese robotics industry. Ishiguro, a professor at Osaka University, has been involved in the creation of androids for over a decade, but he's perhaps most famous for his "Geminoids," lifelike robotic twins.

Since first creating the Geminoid, he's worked tirelessly to improve its appearance and functionality, continuously edging the android closer to his actual visage. The latest iteration, Geminoid HI-4, can mimic its human counterpart's expressions through motion sensors, and is capable of displaying a complex range of emotions.

Whitton initially interviewed Ishiguro while searching for a subject for a commission, but soon built up a rapport that would ultimately lead to her being granted full access to his laboratories to collaborate on a short documentary. What About the Heart is the first result of that collaboration. It pairs photography and interview excerpts from Ishiguro and other scientists, dissecting their field's relationship with technology and humanity. 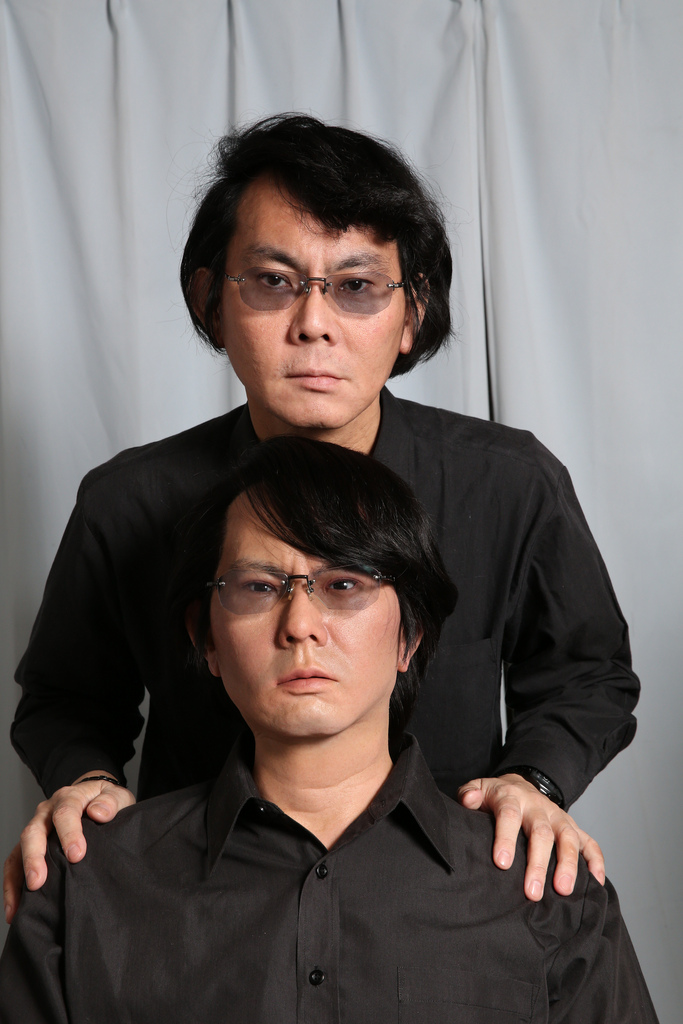 Through his work, Ishiguro investigates the potential for sonzaikan (which roughly translates as "human presence") in artificial objects. This is perhaps clearest in his Geminoids, which have even starred as theater actors, but also extends to other projects. The Hugvie, for example, is a fairly basic device, meant to give the feeling that a partner on the phone is actually there. It's shaped like a huggable humanoid pillow, and is fitted with a pocket for your phone and motors to generate heartbeats in sync with the remote partner's tone.

"This field of science in Japan isn't just about the technology."

Although What About the Heart is primarily a collection of photography, it addresses complex issues. "This field of science in Japan isn't just about the technology," Whitton tells The Verge. "The pursuit of these answers is motivated by gaining knowledge about life and death ... I was interested in the underlying themes in this subject matter; the uncanny, the double, the unfamiliar, fiction, and fantasy."

One of Whitton's favorite images is of an outdated Geminoid sitting in the lab alone. "There is a real sense of melancholy to the image," she explains. "The Geminoid, as an android robot, has fallen behind in the high-tech developments of robotics today, and is melancholically obsolete not only in its field of science, but personally to Ishiguro, who has made a older-looking version ... As Ishiguro faces his immortality, the Geminoid faces his inescapable teleology."

Nestled between photos of disembodied faces and half-completed android children, there's a particularly striking interview excerpt, from which the project takes its name. When Ishiguro muses that "the definition of human will be more complicated" as we increasingly rely on artificial organs, Whitton poses the emotive question: "What about the heart?"

"The heart is the easiest part," Ishiguro replies. "Artificial hearts are very popular now. The liver is more difficult."

All images copyright and published with the permission of Luisa Whitton, unless otherwise stated.