Learn to speak Dothraki like a 'Game of Thrones' horse lord

Learn to speak Dothraki like a 'Game of Thrones' horse lord

The savage horse lords of Game of Thrones would still be speaking gibberish were it not for David Peterson, an accomplished linguist and the creator of the official guide to conversational Dothraki. In an interview with Salon, he talks about how he was approached to flesh out the Essos-dwelling nomads' language for the television series. Peterson began by cataloging the 50 or so Dothraki words from the book, before analyzing their structure and pronunciation. He then added a "ch" sound, "filled in any gaps" that he saw, and determined a word order for the language. "The subject was first and then the verb and the object, adjectives would follow the nouns that they modified," says Peterson. 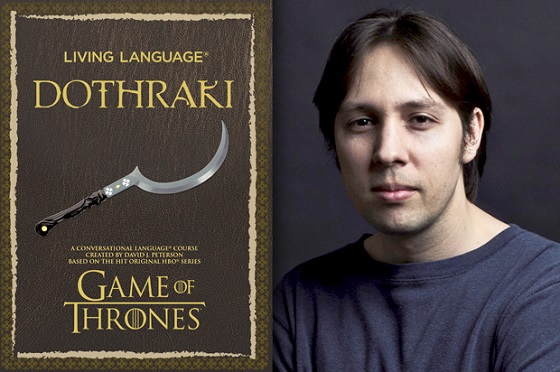 the language of the misogynist

There has been "no real, direct feedback" from George R.R. Martin, according to Salon. However, Peterson says that the author has used Dothraki words to create names in the "The Lands of Ice and Fire" map book and has also asked the linguist to assist in translations. While there are about 3,800 Dothraki words, Peterson tells Salon that his language course features around "500 words and idiomatic phrases," and can only assist in putting together "a variety of simpler phrases." It should nonetheless be sufficient to help fans understand much of dialogue from the first and second seasons of Game of Thrones.

When asked about creating "a language for a culture with a pretty brutal attitude toward women," Peterson warned that judging the Dothraki based on actions of a single tribe is similar to "judging American culture based on the life of one family." He notes that the show does not illustrate the relationships between average Dothraki family members or "what their lives would be like if there weren’t this strange foreigner in their band." Peterson nonetheless acknowledges that he had to "create the language of the misogynist."

Peterson's Living Language Dothraki: A Conversational Language Course will be available for purchase beginning October 7th. The basic package will cost $19.99 while the expanded online course will cost $30.