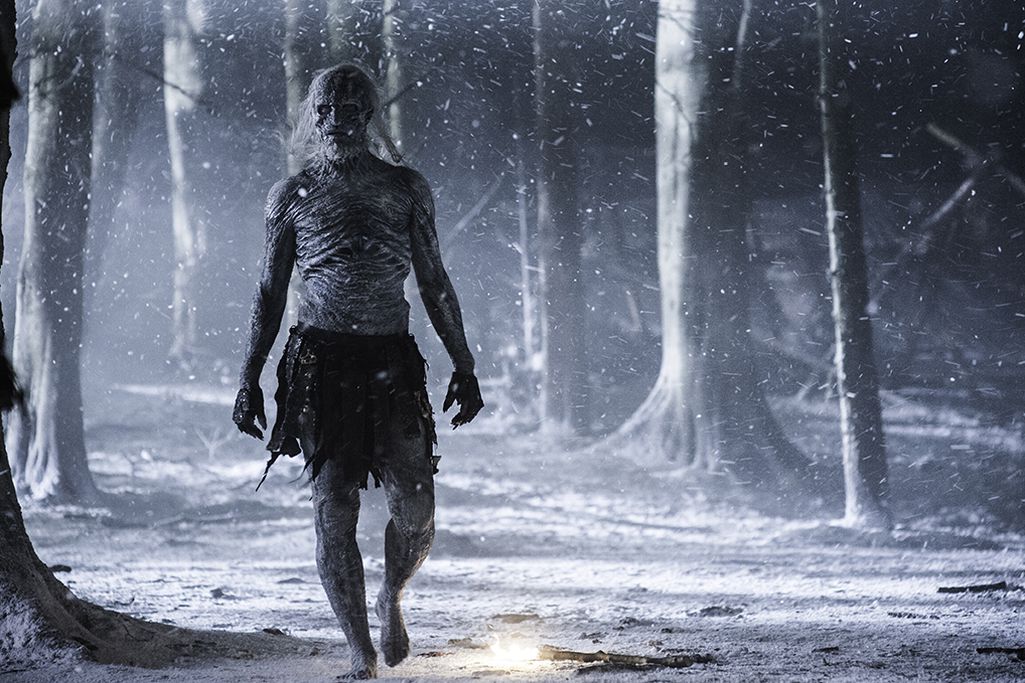 Earlier this season, Game of Thrones fans got a look at the home of the enigmatic White Walkers. The ghastly snow zombies appear for just a few minutes each season, but that hasn’t stopped them from becoming some of the most visually iconic creatures on the show. While the Walkers may appear to be pure computer-generated wizardry, they’re actually played by actors caked with prosthetics and makeup. As one of the Walkers, Ross Mullan has snatched babies, faced off against members of the Night’s Watch, and even led an army of reanimated corpses on horseback.

Mullan, 47, compares working behind heavy makeup to training for traditional mask theater in Ottawa, Canada (he now resides in London). "I trained with masks in drama school and then joined a mask theater company," he says, noting that acting with masks goes back to ancient Greece. It’s a complicated skill unto itself; wearing a wolf mask, for example, immediately tells the audience what you are, but it also obscures an actor’s most valuable tool. “[Working with masks] taught me how to bring things to life using something other than my own face,” Mullan explains, “taking the inanimate and bringing it to life." 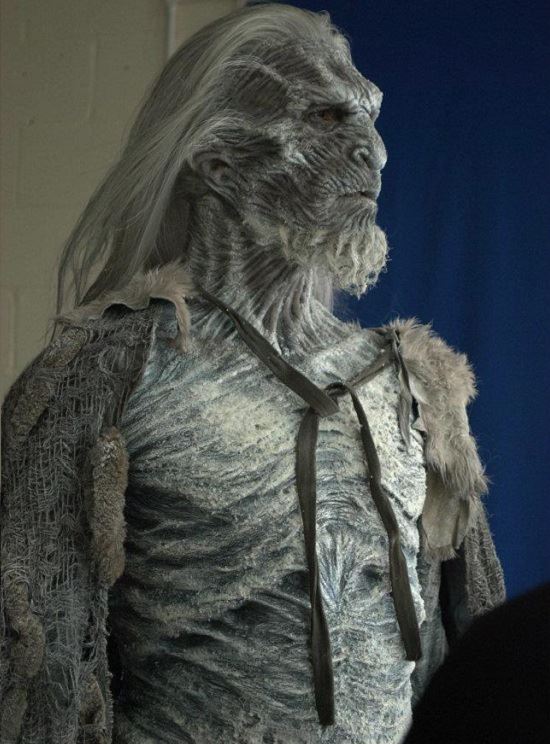 It takes six hours of makeup before every shoot to transform Mullan into the White Walker. The prosthetics, each sculpted from a full-body cast of the actor, are broken down into small sections and applied by makeup artists and blended together to complete the final illusion. Only the icy blue eyes of the Walkers are crafted digitally: Mullan wears blacked-out contact lenses that cover even the whites of his eyes to facilitate the CGI work.

He credits the "incredibly talented" makeup artists that work on the show for a large part of the White Walker mystique, but the rest is down to Mullan and the other actors that have brought the characters to life. The Walkers move with a stoic grace, seemingly unfazed by anything in their path. Making that movement appear natural — yet still unnervingly inhuman — requires careful consideration in every step. "With the White Walker it’s really about holding a strong, still moment," says Mullan. "Body language, arm and leg movements, the way you tilt your head or move it back and forward. It all comes together to tell a story, like a dance."

It also takes a calm disposition to sit still while itchy, uncomfortable prosthetics slowly smother your entire body, and as eating while wearing a White Walker’s face isn’t easy, Mullan needs to adhere to a strict protein-heavy diet while on set. Going to the bathroom can be just as problematic. But the ordeal pales in comparison to the film that gave him his break into big-budget productions. 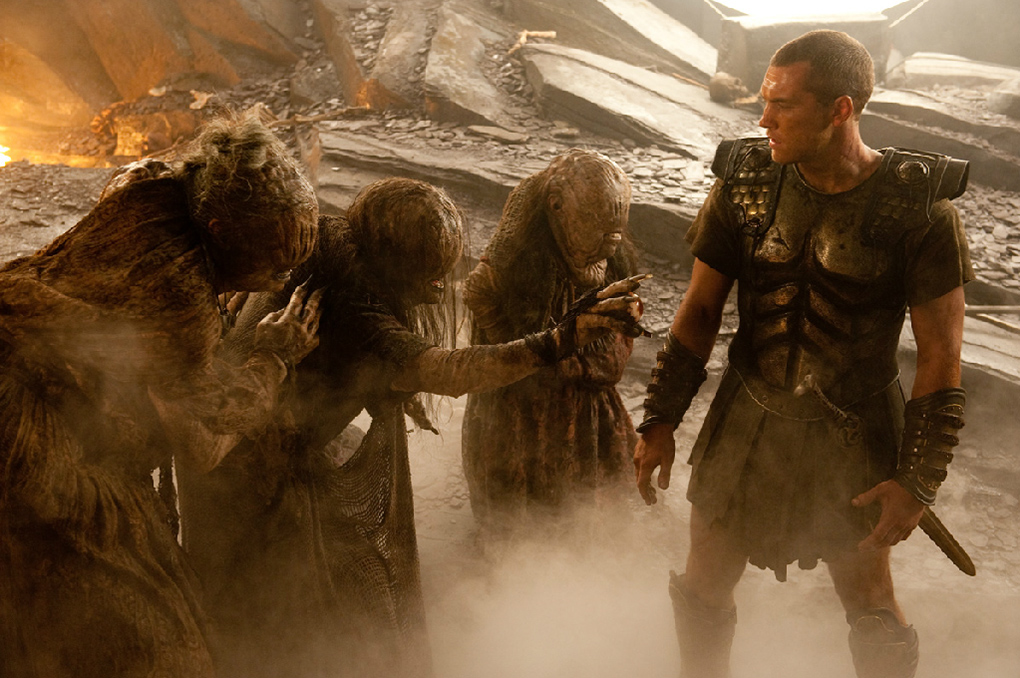 Mullan as Pemphredo in Clash of the Titans.

With many years of work as a theater actor under his belt, Mullan, began working as a puppeteer and voice actor for the popular BBC children’s show Bear Behaving Badly in the late 2000s. From there he landed a part in the 2010 big-screen adaption of Clash of the Titans as Pemphredo, one of the film’s blind witches. To play the role Mullan needed to wear a fat-suit, extremely thick and heavy garments, and a large animatronic head. Given his pedigree and history training with The Jim Henson Company, it didn’t seem that far of a leap on paper, but the production itself was a slightly different story. 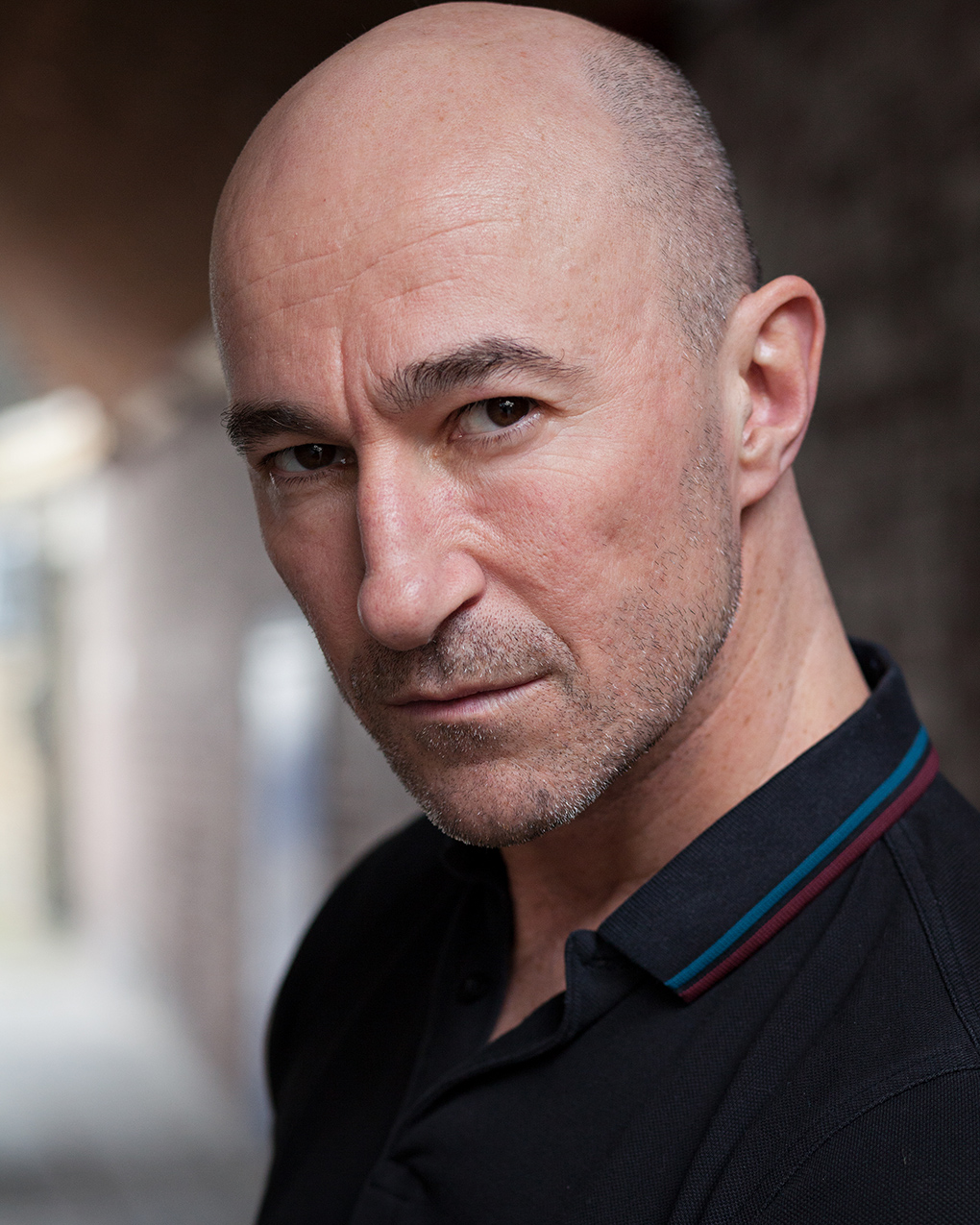 Mullan, behind the mask.

"I could barely see anything through the head," he says. "With pyrotechnics and lots of steam being pumped in it was 120 degrees on set." Shooting with custom makeup and complex prosthetics can be the filmmaking equivalent of beta testing, requiring directors to adjust their plans on the fly as they discover the limits of actor and crew endurance. "The cameramen were taking off their shirts, the makeup was running off the actors," Mullan explains. "We had to cut, postpone, and rethink things." Things have been considerably cooler for Mullan on the Game of Thrones set — wherever the White Walkers appear, ice follows — but shooting with shredded paper "snow" and steam while riding a horse bareback poses its own challenges.

Between Game of Thrones’ short but demanding annual shoots, Mullan has worked on a number of other projects, expanding his reputation as a creator of exotic creatures. He’s taken multiple roles in BBC’s Doctor Who, most notably as a Silent, the mouthless villains that erase people’s memories after they’ve been seen. Mullan is also set to star alongside new Doctor Who, Peter Capaldi, as a different kind of monster — he can’t share what the character is just yet — and will play a werewolf in the upcoming UK horror movie Howl. 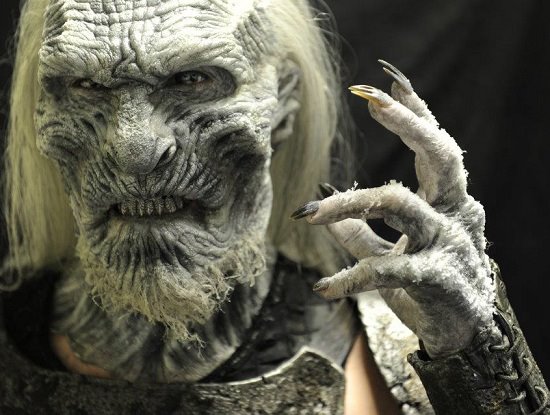 In all these roles, Mullan remains behind the man behind the mask, and he’s happy about that, thriving on his prosthetic work. "I get to play this awesome character. I get to be that person and fulfill those dreams," he say. "It’s a great job. It’s not just me thinking, ‘Wow, I get to be seen and be famous.’ A lot of shit comes with that."

Of course, he wouldn’t turn down the opportunity to play a regular denizen of Westeros should that chance come his way, either. Whether it will ever happen is up to the show’s producers, but given the popularity of the White Walkers, fans will undoubtedly continue to wait for Mullan’s next dramatic appearance — whether they know it’s him or not.