Picasso's The Blue Room was among the first paintings produced during the legendary artist's "blue period," a multi-year span that saw him focus on somber works using mostly shades of blue. But this early work contains a fascinating mystery of its own: a hidden portrait of a man that art experts are hoping to identify. For five years, various galleries and institutions have banded together and worked to get a clearer look at the portrait hidden beneath Picaso's 1901 painting. The Associated Press recently got a tour of the progress they've made so far. Infrared imagery reveals a bearded man in a jacket and bow tie resting his hand on the side of his face. Three rings are visible on his fingers, but conservators have been left scratching their heads trying to identify the portrait's subject.

While in Paris, Picasso apparently painted over the man in a moment of inspiration as he started work on The Blue Room. But for decades, curators have suspected there was more to this particular painting. That's largely thanks to its odd brushstrokes, which don't match the main composition of a nude woman bathing in Picasso's studio. "When he had an idea, you know, he just had to get it down and realize it," curator Susan Behrends Frank told the AP. "He could not afford to acquire new canvasses every time he had an idea that he wanted to pursue." 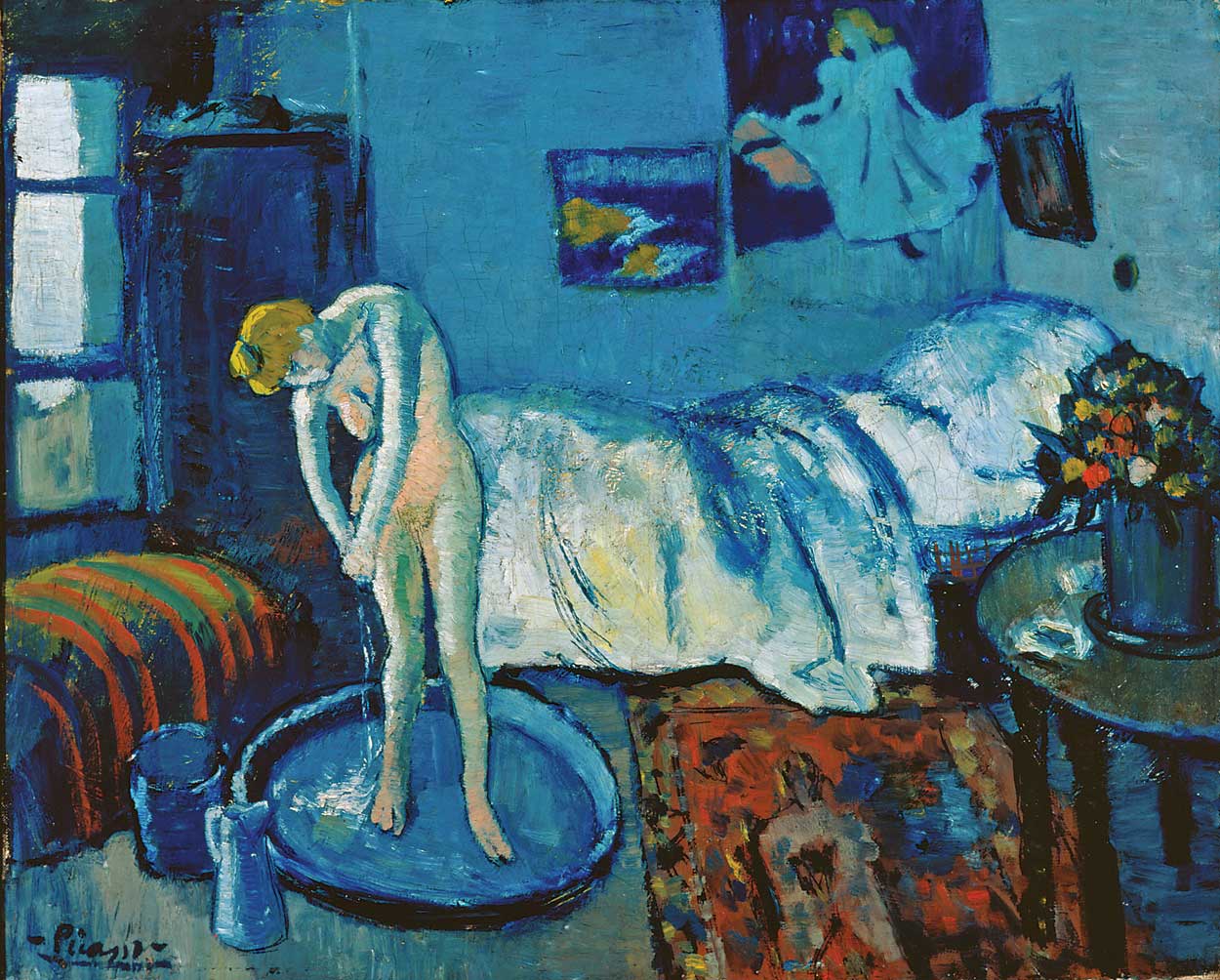 Finding the hidden image — first "officially" discovered in 2008 — required turning the painting on its side and countless hours of painstaking analysis from scientists and experts. The Phillips Collection, National Gallery of Art, Cornell University and Delaware's Winterthur Museum all took part in the research. "It's really one of those moments that really makes what you do special," Patricia Favero, a conservator at The Phillips Collection, told the AP. But now Favero and Co. are just as eager to figure out exactly who the hidden man is. "We're still working on answering that question."