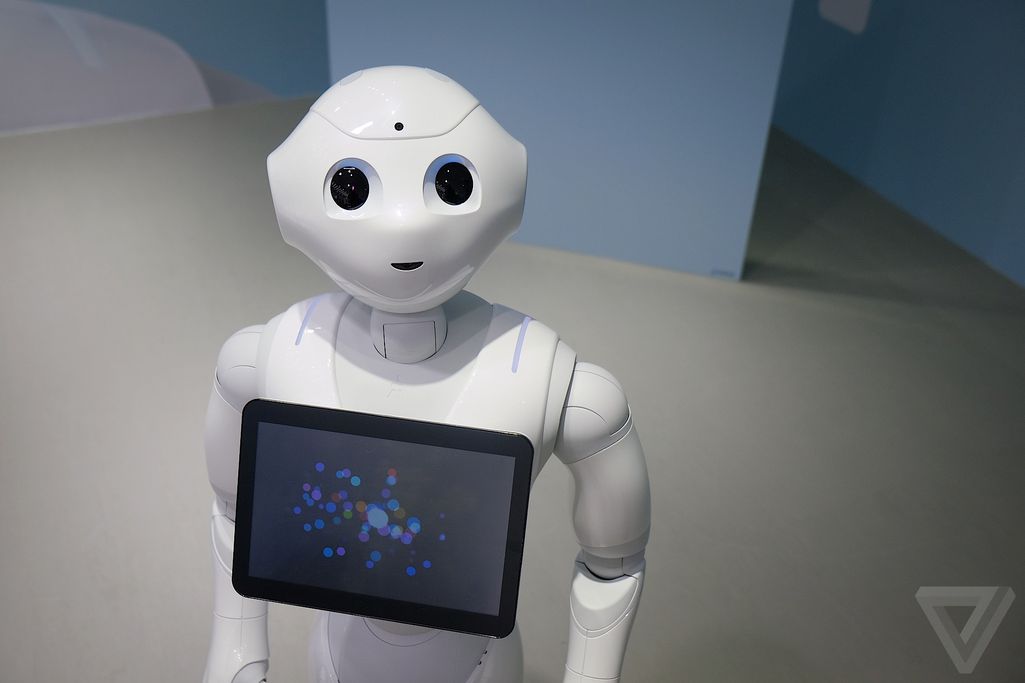 SoftBank’s ambitious android, announced earlier in the month, is touted as the world’s first robot that can understand emotions. And it’s not just a lab experiment — it’s on display in two of the Japanese carrier’s stores right now, and will go on sale to the general public in February for under $2,000.

SoftBank says Pepper will be able to staff its stores, mind babies, and ultimately “increase the joy” of the families it joins. “A robot that behaves autonomously, powered by love,” reads one slide of the presentation given by CEO Masayoshi Son.

Of course, I had to meet this robot for myself. 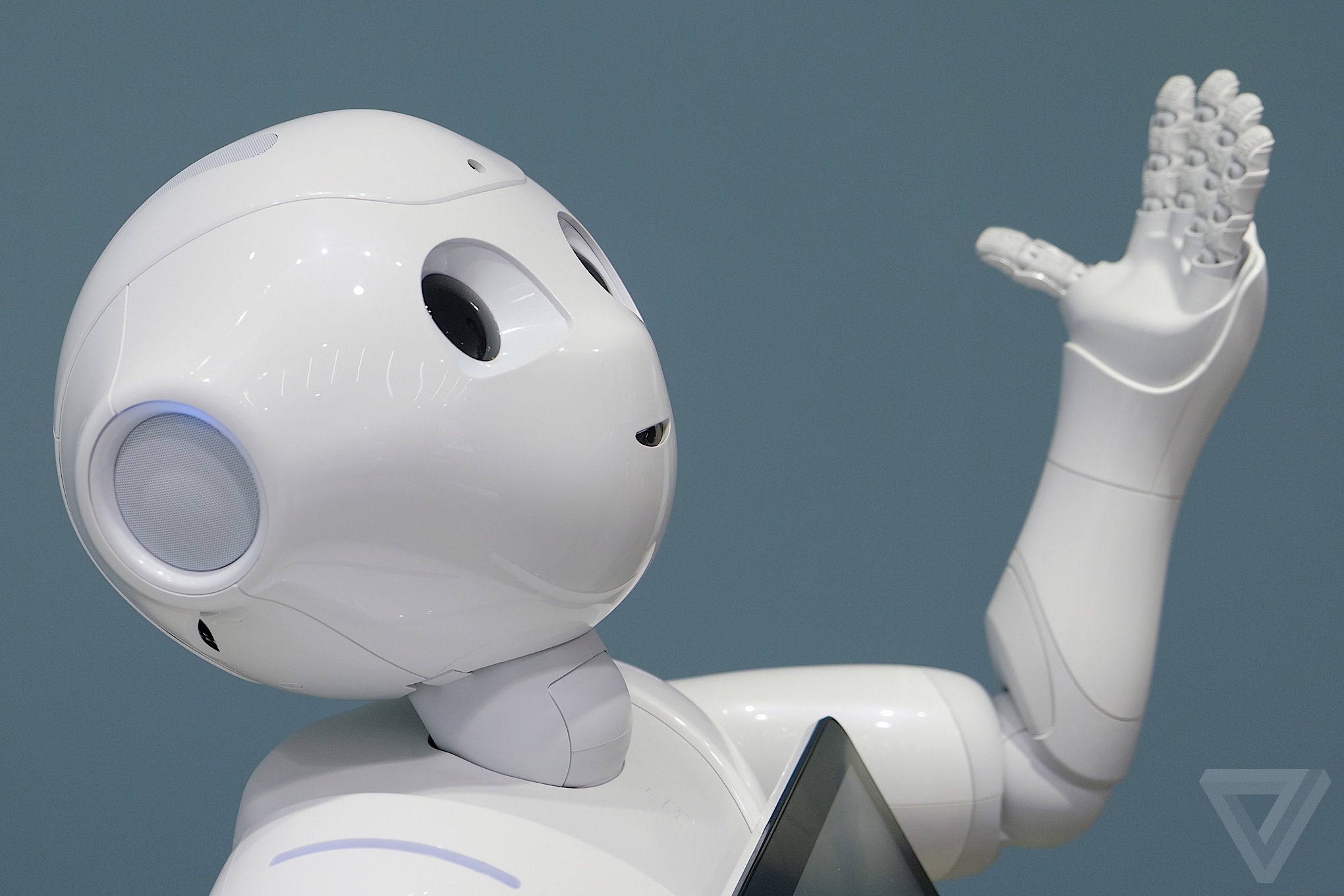 The store I went to is one of SoftBank’s flagships, a large space situated just up the street from Apple’s new Omotesando location. Pepper has taken over an entire end of the shop, with two robots occupying an expansive floor space decked out in signs proclaiming things like "This is not science fiction." People are still lining up to see Pepper for themselves — it’s very much a demonstration right now, rather than putting the robot to actual work.

Pepper's diminutive size and glossy plastic make it more reminiscent of a household appliance than a threatening Cylon or Cyberman. The hardware strikes an attractive balance between recognizably humanlike and reassuringly utilitarian, with no hint of the Uncanny Valley. Son cited Osamu Tezuka’s manga superhero Astro Boy as an influence, and indeed Pepper comes across as a distinctly Japanese design. The strangest thing about it is the 10.1-inch tablet screen grafted to its chest; this is a robot you could leave in the corner of a bedroom without scaring too many kids.

But Pepper’s movements are strikingly lifelike and expressive. It tracks you with its eyes, looks up to you as you tower over it, and moves its arms in a realistic manner in time with its utterances. It doesn’t feel like something you could put in your house for under $2,000 — I kept having to remind myself that the robot cost little more than the camera I was holding. Objectively, on this level, it’s hard not to be impressed with Pepper.

Subjectively, though, it’s another story. 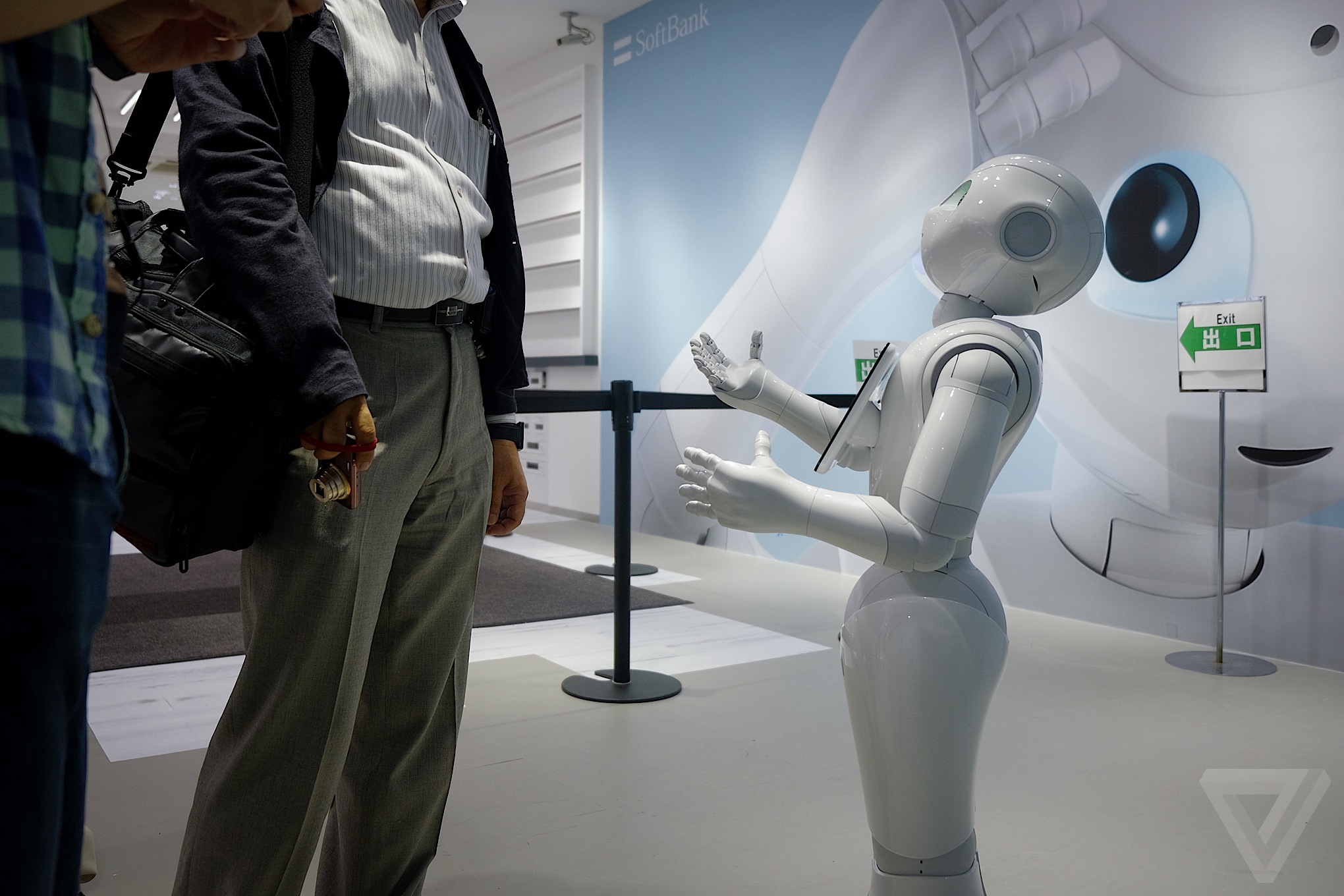 There’s little evidence of Pepper’s empathy or emotion-detecting abilities on show at this stage. While Pepper speaks in natural, if childish, Japanese, it’s hard to shake the feeling that it’s all canned — Pepper doesn’t appear to be processing or synthesizing much of its speech on the spot. Instead, the robot barrages you with questions, asking things like your blood type, how you arrived at the store today, and so on, without going into detail on any particular topic. The voice recognition is good and the output sounds smooth, but conversations become very one-sided.

The first thing Pepper said to me was about the advantages of buying a SoftBank-branded iPhone battery pack. The second conversation involved shilling a TV tuner for smartphones, flashing ads on the chest-mounted tablet. The robot then called for other store visitors to gather around while it performed a song and danced; Pepper has routines provided by monolithic Japanese entertainment conglomerate Yoshimoto Kogyo, which has launched a robotics subsidiary to develop entertainment content.

It's all a little far removed from the natural, humanistic interaction that Son promised on stage. But it may not be fair to judge Pepper too harshly at this point. One of the robot’s most vaunted features is its Cloud AI, which crowdsources intelligence from experiences out in the wild; the idea is that the robot can grow and learn from other units. There’s no reason why it shouldn’t be expected to improve. 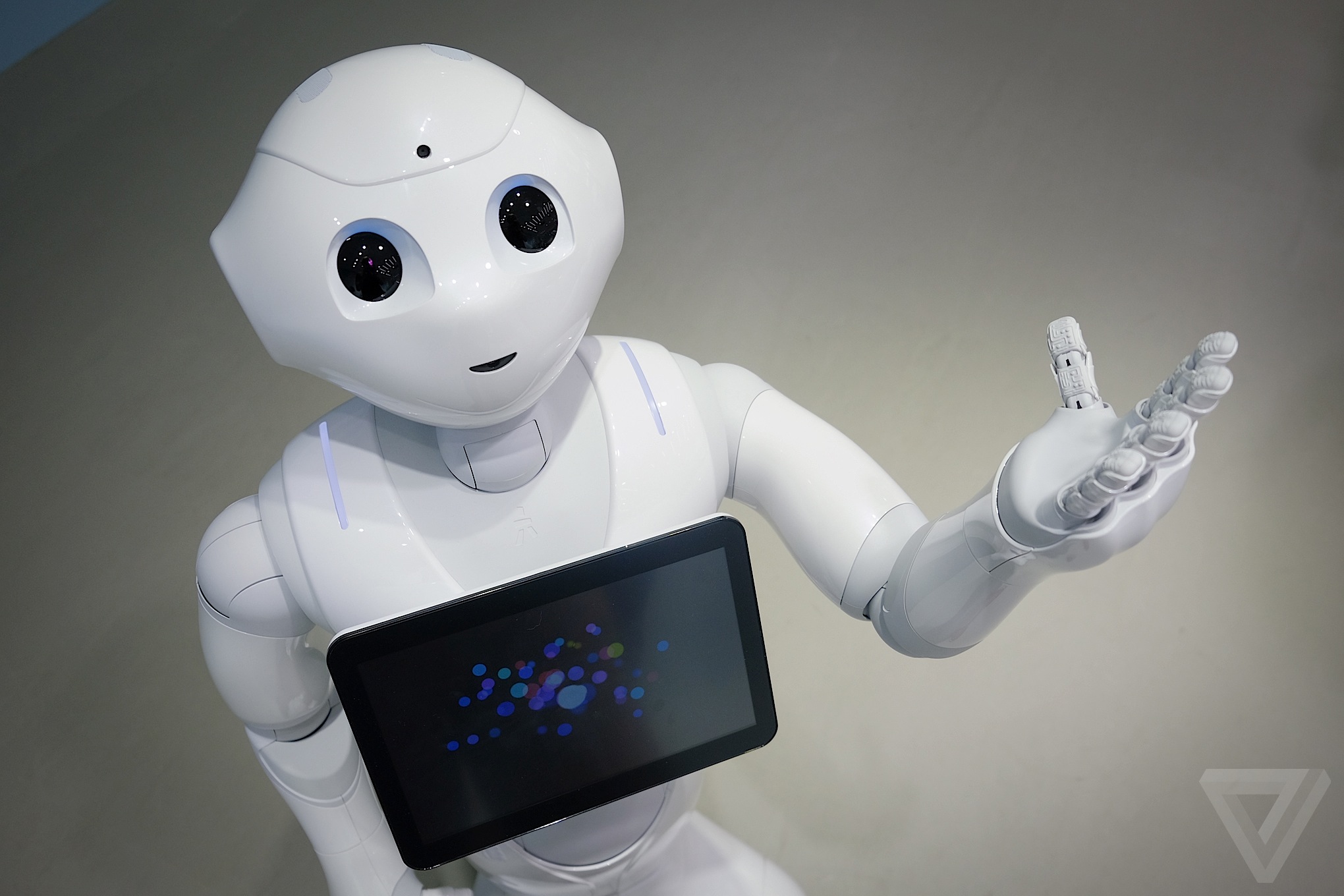 Pepper is evidently a work in progress, and it'd be a tall order for an in-store demonstration to replicate the experience of living with a robot in your home. SoftBank says that by the time Pepper goes on sale, it will be able to evolve its capabilities based on daily interactions. The company will also let developers create "robot apps," though there isn't much indication of what form those might take.

And that's the biggest problem right now — it's not clear what Pepper will actually do once you lay down your $2,000. Even that surprisingly low pricing is dubious; SoftBank will also offer what it describes as "optional plans necessary for life with Pepper" on top of the basic hardware cost. There aren't any details available yet, but a robot companion sounds like an excessive bolt-on to the average cell phone contract.

I was excited to meet Pepper, and I still think the project represents another bold move from Masayoshi Son. It's perhaps no surprise that it came from the Japanese entrepreneur: Pepper has elements of Honda's Asimo as well as Sony's experimentation with the humanoid QRIO and canine AIBO, but represents something altogether more progressive from SoftBank, one of the boldest Japanese tech companies around today. While attempting to get humanoid robots into the home for a reasonable price sounds ridiculous, no-one's made as strong a statement of intent. So far, however, Pepper isn't anything close to David from Steven Spielberg's A.I. — the childlike android with the ability to love. The ultimate test will come when Pepper joins Japanese families next year.