Beyond 'Battlefield': these games show the dark reality of war

Share All sharing options for: Beyond 'Battlefield': these games show the dark reality of war

The best known war-themed video games convey one very specific aspect of conflict: the actual fighting. Whether it's Call of Duty or Battlefield, they're games where you interact with the world using the gun in your hand. This makes for an often exciting, adrenaline-pumping experience, but it also glosses over how war influences anyone other than a soldier. A new wave of games is looking to change that by showing war from a range of different perspectives in order to make you think about it in a different way.

"Seeing things from different perspectives exercises the imagination," Tale of Tales design duo Auriea Harvey and Michaël Samyn tell The Verge over email. "And imagination is what is need to make the world a better place, to recognize what is wrong, and to fight against oppression."

Best known for art games like the sensual Luxuria Superbia or the existential Bientôt l'été, Tale of Tales is currently developing a first person exploration game called Sunset, for which it just launched a Kickstarter campaign. Set in South America in 1972, the game takes place in the midst of a sweeping revolution overtaking an unnamed country. Sunset stars Angela Burnes, an American who takes on a housekeeping job while living abroad. Every day you have one hour before sunset to clean the expansive apartment of playboy Gabriel Ortega. As you inevitably start rooting through his belongings, you slowly become pulled into a story about overthrowing the country's ruthless dictator. The game is slated to launch next year. 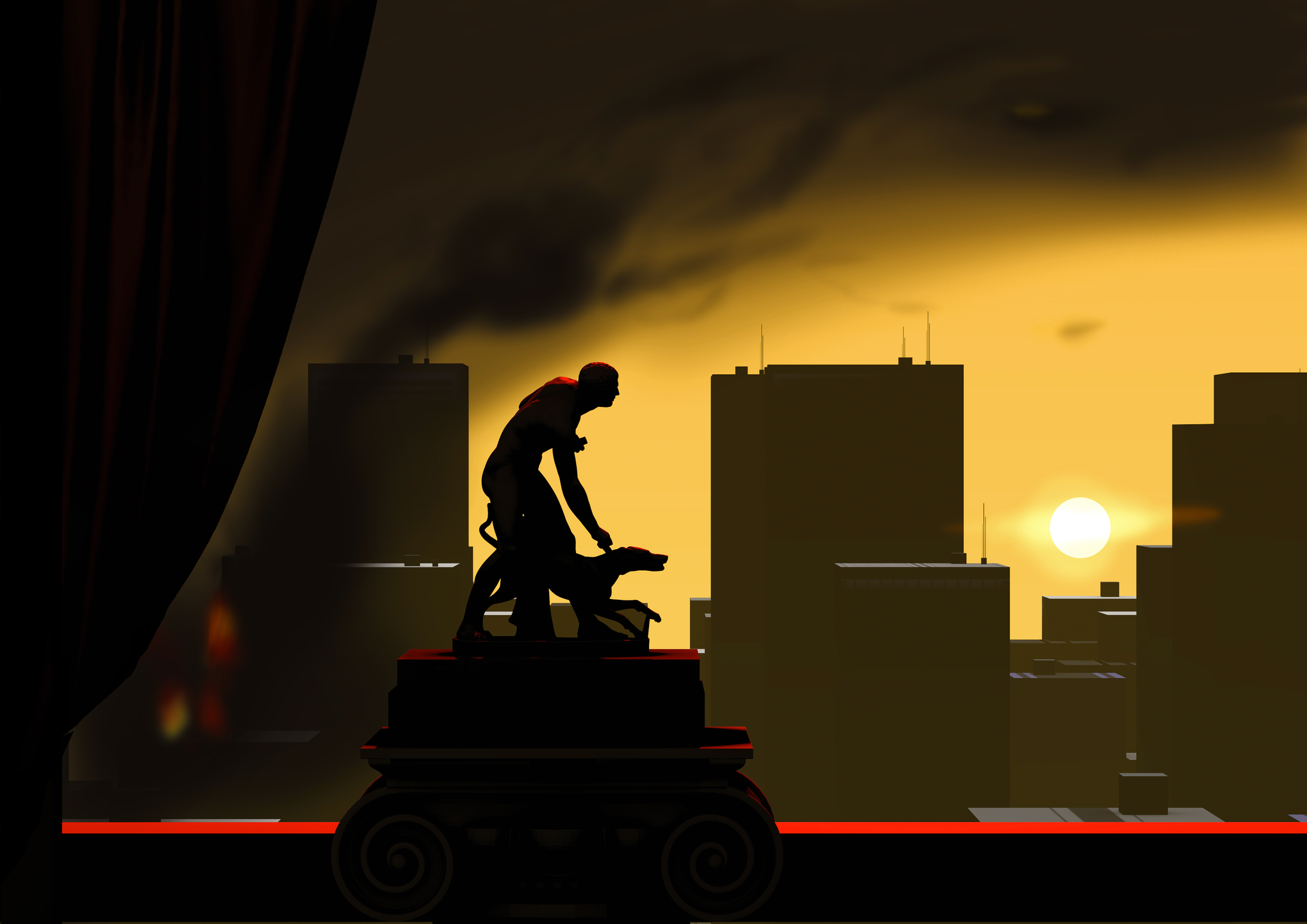 The gameplay is similar to that of Gone Home — there's no real action, per se, it's more about soaking up the environment and searching for clues. At certain points you'll be given the chance to make a choice that will influence Angela's role in the events that unfold. You can also just take some time to mess around with Ortega's cool automated shutters, the pinnacle of 1970s gadgetry.

The concept originated with an old prototype the studio built called "The Apartment." In it, players could eavesdrop on the lives of people living in a single apartment and move objects around while they were asleep to influence events. It's a concept that has since been used in games like The Novelist, and eventually Harvey and Samyn combined that idea with a burgeoning story about South American dictatorships in the early '70s.

"A device that gives us the opportunity to contemplate things from many different angles."

"We more or less randomly picked the year 1972," the pair explain, "but it's a very interesting time. It's the moment when two world views collided: the old, traditional, hierarchical world where experience and elegance expressed civilization versus the new antiauthoritarian, hyper-individualized world where freedom justifies everything. To some extent, the apocalypse happened in 1972 and nothing has really changed since then."

For the studio, a video game was the ideal choice to tell this kind of story. "A video game for us is a device that gives us the opportunity to contemplate things from many different angles," they explain, "without the need to make final decisions." 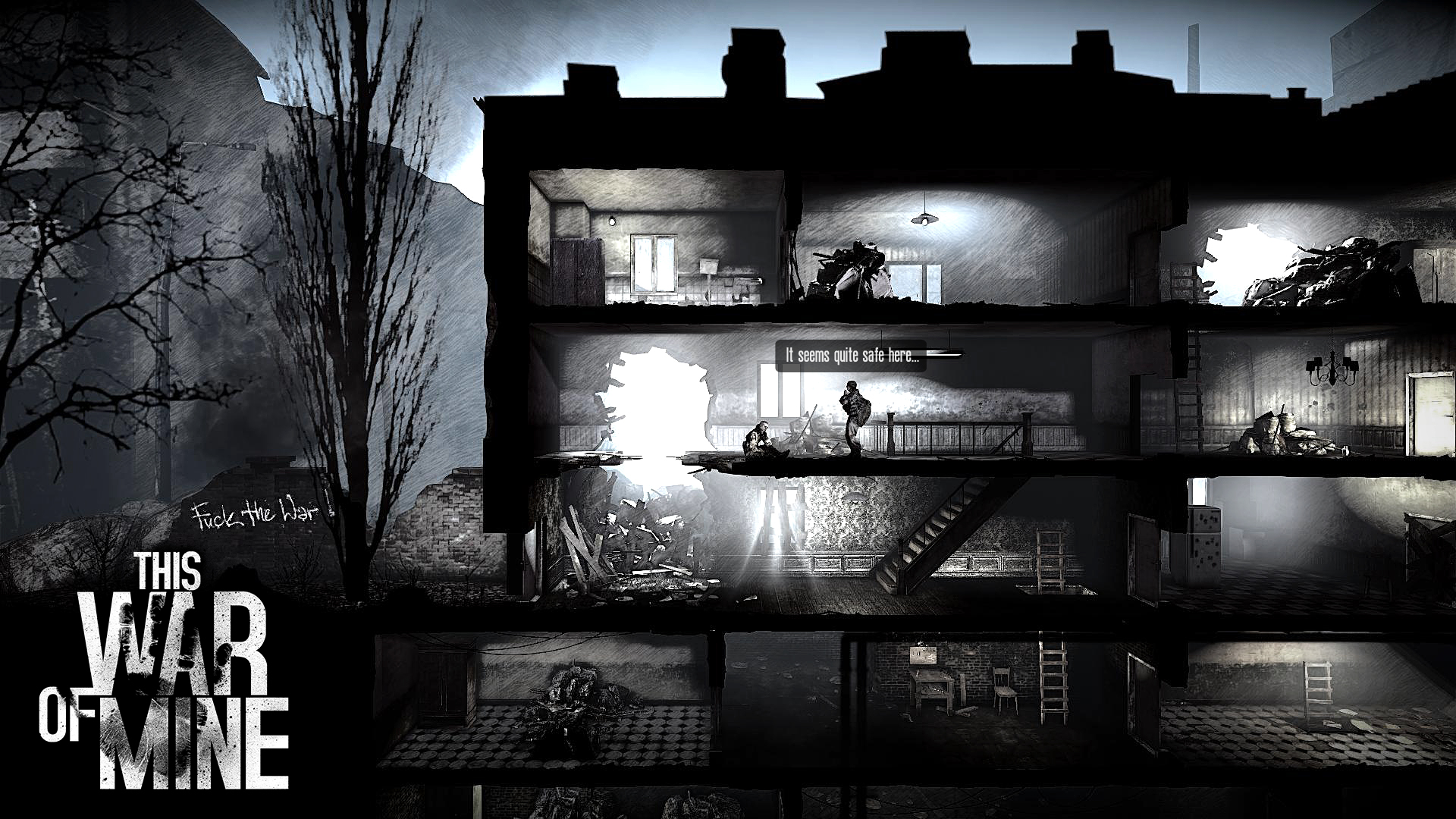 Sunset is a game about war where you don't experience the war itself, whereas This War of Mine goes in the opposite direction. Developed by 11 Bit Studios, a team best known for the sci-fi strategy series Anomaly, This War of Mine is all about staying alive. You control a group of survivors during an ongoing conflict, scrounging supplies so that everyone is fed and healthy. It's dark and gray and incredibly depressing — sort of like experiencing the aftermath of a huge battle that you don't see in Call of Duty. It's due to launch later this year

"We're translating our knowledge of war into game mechanics."

For senior writer Pawel Miechowski, there were two key moments that lead to the creation of the game. First, he was struck reading an article from a supposed survivor of the conflicts in Bosnia, detailing the struggle to stay alive amidst great hardship. In the story — much like in the game — every possible resource is precious, whether it's food, medicine, or weapons. Losing one at the expense of the other can be a difficult and sometimes damaging decision. These ideas helped shape the game. "We're translating our knowledge of war into game mechanics," says Miechowski.

While the article helped inspire the mechanics of This War of Mine, it was another video game that convinced Miechowski and the team that a difficult topic like this was a good fit for gaming. Lucas Pope's Papers, Please is a low-fi game about being an immigration officer during a fictional Eastern European conflict in the 1980s. It's an experience that forces you to make lots of terrible decisions and drives home just how bleak life can be; it also went on to be a commercial success and won the grand prize at the 2014 Independent Games Festival. "It's the moment," Miechowsky says of Papers, Please's role in making more serious games mainstream. 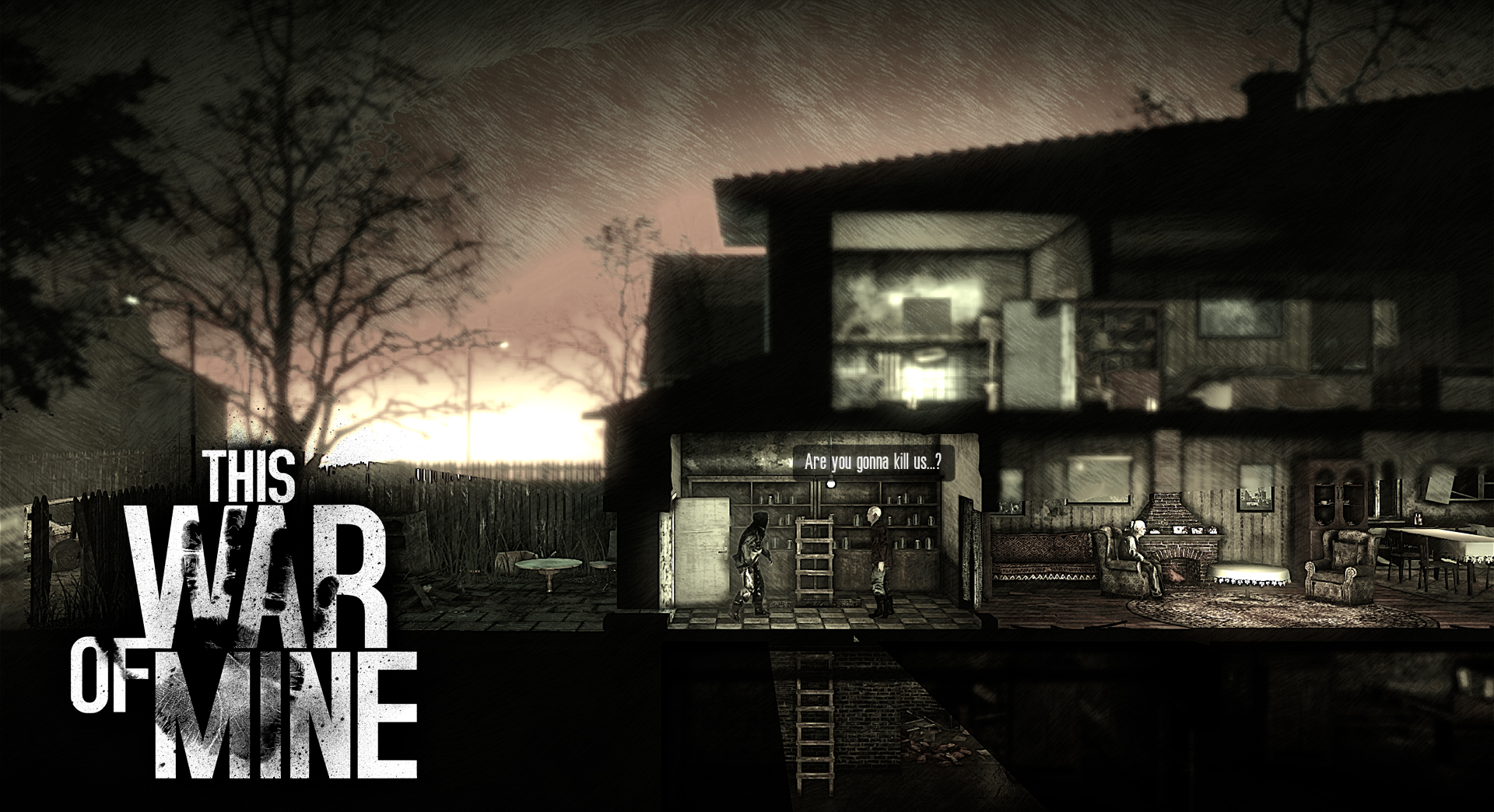 Despite their similar themes, Sunset and This War of Mine are two very different games, but there's one important aspect the two share in common: they're about fictional conflicts, not real wars. And that was a purposeful decision. "Sunset is very much inspired by events that happened in the ’70s in South America, but we are really using this as a vehicle to talk about the world today," say Harvey and Samyn. "If we would directly address the complex contemporary issues, the attention would be diffused because we simply don't have enough distance yet to really judge what is going on today. But we hope that Sunset sharpens our senses and helps us in this task."

For 11 Bit, using a real-world conflict as a setting would have actually taken away from the message the studio wanted to get across. "Religious beliefs or political opinions are completely irrelevant when you have to struggle for food or when you have to sacrifice someone because you need to protect your family," Miechowski explains. "The message is that it could happen to anyone in any city. On a basic level, we're all the same."

Battlefield isn't going anywhere anytime soon. But as blockbuster titles increasingly focus on the excitement of battle at the expense of the realities of war, more and more smaller titles are filling in the games. From the works of Tale of Tales and 11 Bit, to the provocative FPS Spec Ops: The Line and war correspondent simulator Warco, we're getting a clearer picture of conflict through gaming. And the success of games like Papers, Please prove that it's a picture that players want to see.

"I don't have anything against action games," says Miechowski. "In fact, Battlefield is one of my favorite ones. I just think we should not forget the real face of war."