Close Up: the obsessive details that make 'Halt and Catch Fire' so authentic

Share All sharing options for: Close Up: the obsessive details that make 'Halt and Catch Fire' so authentic

We love TV and we love recaps, but a lot of times it’s not the big-picture plot developments that make a show great. It’s the little things; the details of the dialogue, set design, props, and performance. For Close Up, we’ll be taking a look at the coolest moments and most interesting details in some of our favorite shows. We’re kicking things off with the series premiere of Halt and Catch Fire.

There’s been plenty of talk about AMC’s newest drama, and even if you didn’t watch last night, the broad strokes are pretty straightforward: Joe MacMillan (Lee Pace) is a shady IBM salesman who talks his way into a gig at a Texas software company called Cardiff Electric. He’s not just looking for a job, of course, because a guy getting a job selling computers would make for a really boring show.

Joe’s a three-dimensional chess manipulator, and his big play is to force Cardiff into cloning the IBM PC. To make that happen, he enlists a disillusioned engineer named Gordon (Scoot McNairy) and a manic pixie dream programmer named Cameron — who seems to be much smarter, and more volatile, than Joe realizes. Halt also happens to be set in 1983, which means there are plenty of interesting things to explore — when you look at it close up. 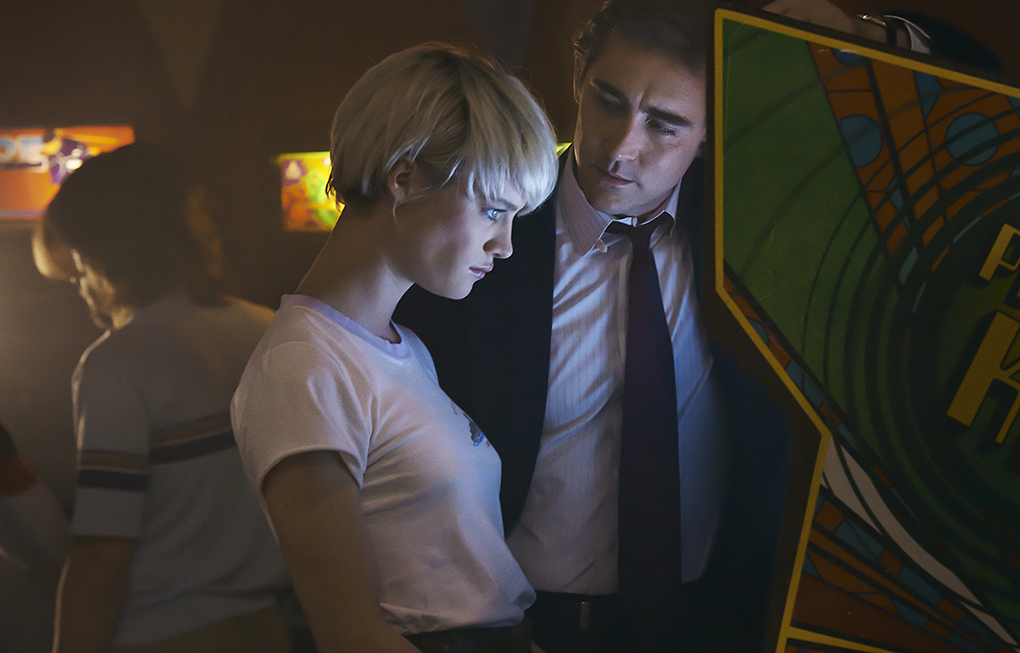 While throwing a dismissive eye towards Joe’s advances, Cameron mentions that technology "is an industry built on people ripping off each other’s boring-ass ideas." She follows it up with a list of names — SCP, CP/M, Microsoft — but what’s she actually talking about?

Long before "Redmond, Start Your Copiers," there was a California company named Digital Research, Inc. DRI built an operating system called CP/M, which ended up becoming a de facto industry standard. Multiple versions were made for various processors, but Seattle Computer Products — that's the SCP Cameron refers to — found itself behind the eight ball when it shipped a new product and DRI fell behind on the compatible software. SCP went ahead and built its own version instead, naming it Quick and Dirty Operating System (QDOS) — a project that, in the annals of tech lore, is seen as directly ripping off CP/M.

Meanwhile, IBM had partnered with Microsoft to get an operating system for its upcoming personal computer. Microsoft bought QDOS to get the job done, but as the story goes it didn't reveal that it was working with IBM — and got the operating system for a relative steal. QDOS went on to become PC DOS when provided by IBM, and MS-DOS when purchased from Microsoft — and once PC clones became commonplace, Microsoft's dominance was on.

One of the things that convinces Joe that Gordon is the right guy to partner with is an article he wrote for Byte magazine, a hugely influential computing publication in the 1970s and ’80s. In the show, Gordon’s article was published in the February 1979 issue, where readers at the time could have taken a look at some of these gems:

Standing in the parking lot, trying to fire up Gordon after getting turned out by the bosses, Joe screams praise at him: "I was at Comdex two years ago! I saw the Symphonic demo! It was ahead of its time!" In the ’80s, Comdex was the premiere show for personal computing, a predecessor to CES. Short for Computer Dealers Exhibition, it was started by the Interface Group, which was, amazingly, partially owned by everyone’s favorite scooter-riding Super PAC superman, Sheldon Adelson. The show stopped in 2003; by then it was a pretty serious geeks-only event, but when Halt takes place it would have been the place to see the kind of work these two were churning out.

When we first meet Gordon he’s getting out of the drunk tank, but when he switches to soda his beverage of choice is Dr Pepper. Originally created in Texas — a fitting selection, given the show’s setting — good ol’ Dr Pepper actually beat Coca-Cola to market way back in 1885. It’s also infinitely better than Coke’s knock-off Mr. Pibb (though let’s be honest; if you’re in a pinch, Mr. Pibb is still way better than either Coke or Pepsi) .

We counted three different moments where the vintage Dr Pepper can makes an appearance: when Donna comes home to find Gordon hanging out at the house, amidst the technological chaos of the Reverse Engineering-athon, and when Gordon fixes his daughter’s Speak & Spell (where he actually takes the can apart, True Detective-style). If you’ve spotted more, drop them in the comments below — and let’s just hope the horrible old Mountain Dew logo doesn’t show up in future episodes.

The tunes of the times 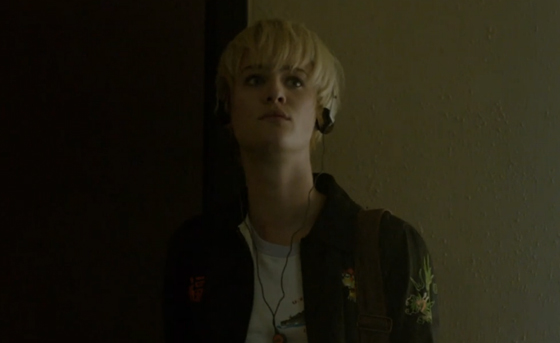 Firstly, if anyone knows what song Cameron is listening to in the opening scene, please tell us in the comments. She’s obviously hella punk and listening to something raging, but that little clip wasn't enough to clue us in. Later, towards the end of the episode, Cameron is in the arcade playing Centipede again using her trick quarter. She’s got her Walkman and she’s listening to The Vandals. A SoCal punk band, they had just formed when Halt takes place. "Wanna Be Manor" is the first song off their first EP, Peace Thru Vandalism, released in 1982. The band is still around, 35 years later.

Gordon, on the other hand, is more mainstream. Sulking in the house, of course drinking a Dr Pepper, he puts on "Lodi" by Creedence Clearwater Revival. The lyrics: "Somewhere I lost connections, ran out of songs to play / I came into town, a one night stand, looks like my plans fell through / Oh lord, stuck in Lodi again." Lodi is a small town in California or, for the purpose of this scene, a metaphorical land inhabited expressly not by his computer wizard dreams but strictly by his domestic life. Stuck in Lodi forever, it seems. Drink up, Dr Pepper.

What did you think of the first episode of Halt and Catch Fire, and what were some of your favorite details? Sound off below — and let the spoilers fly!