The Glass-like headset Dyson never made

The Glass-like headset Dyson never made

Dyson might be best known for its vacuum cleaners, but it has filed numerous patents for a variety of inventions. An augmented reality headset is just one of the many ideas that the company experimented with over the years. Codenamed N066, the Dyson Halo entered development in 2001. The Next Web writes that the device could project the illusion of a translucent, 10-inch display a meter ahead of the user. This was accomplished through mirrors that reflected content from two tiny displays mounted at the temples onto a prism. The slim headset could also be detached from the pocket-sized computer, allowing the latter to be plugged into a monitor and used like a normal PC. 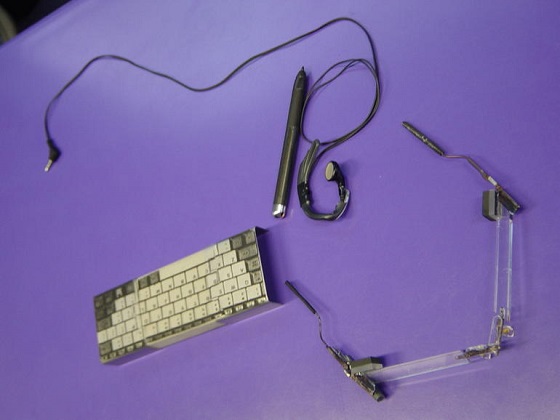 In addition, the Dyson Halo came with a camera and a solid state gyroscope which detected the machine's orientation, enabling the use of a virtual keyboard on any surface. A controller worn on the wrist allowed a cursor to be moved through an interface similar to those found on contemporary smartphones. The device even featured text-to-speech technology, a virtual assistant, and the ability to interpret voice commands. The Dyson Halo project was put on hiatus after three years of development, following the company's decision to focus on expanding into US territories.

21 years after it was founded, Dyson appears set on ramping up its research and development efforts even further. Months after it announced it would be investing in a robotic vision laboratory, the company revealed plans for an R&D facility that will cost about $420 million.