J.J. Abrams and crew have clearly gone to great lengths to give Episode VII an authentic look that was largely missing in the prequel trilogy. As revealed in a treasure trove of set photos from TMZ, the new film will lean much more on practical effects and set design than the CG-heavy prequels. However, in taking things back to Tatooine, it looks like Abrams was inspired to some degree by the original concept drawings by the late Ralph McQuarrie. McQuarrie, who died in 2012, was responsible for giving the original trilogy's locations, characters, and vehicles their iconic designs. Judging from the costumes and locations we've already glimpsed, it might be safe to bet that McQuarrie's style will shine through in the new movies. 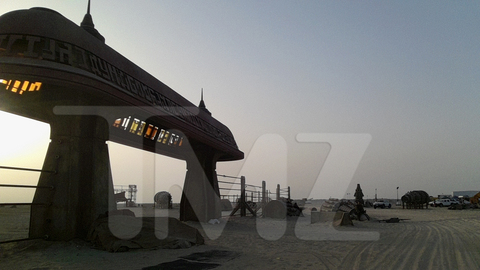 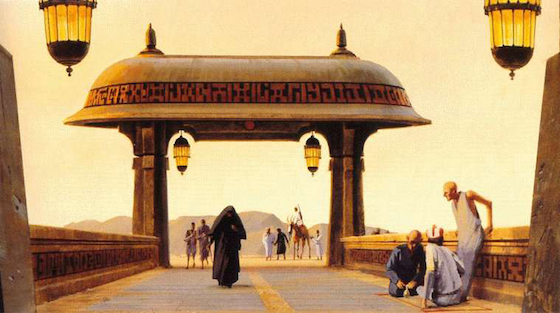 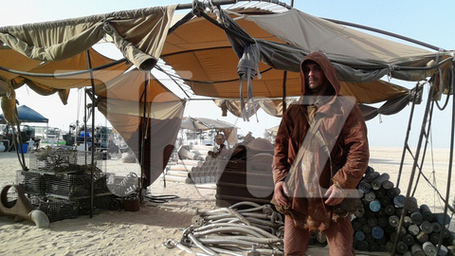 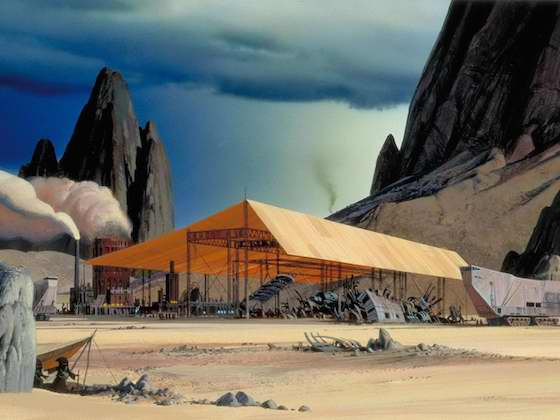