Share All sharing options for: Yo earns top 10 spot and $1 million just for being silly

A free app that does nothing but trumpet "Yo." at your contacts has found its way into the US App Store's Top 10 list, thanks to social media's irrepressible love for the inane. The attention even attracted $1 million in angel funding for Life Before Us LLC, the app's developer. 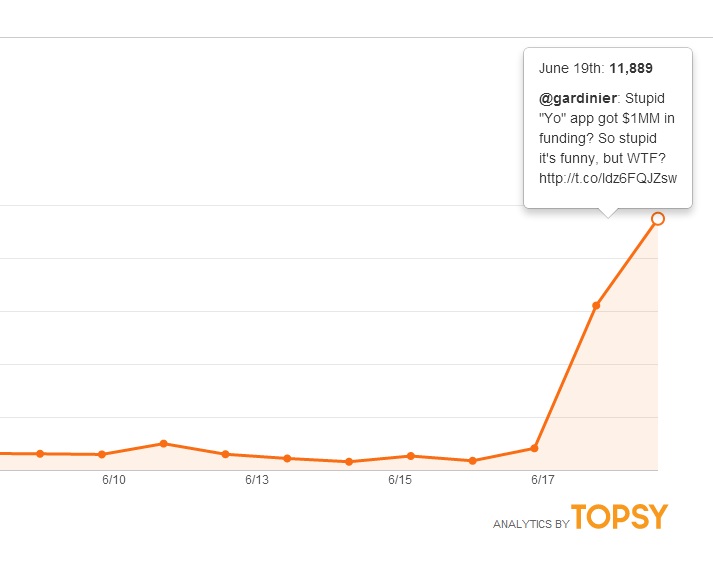 According to The Financial Times, Mobli's CEO Moshe Hogeg asked developer Or Arbel to design a one-button app so he could contact his assistant without the need for any extraneous effort. It took Arbel eight hours to put together Yo, which would later be used by 50,000 users to send about four million monosyllabic messages. Surprisingly, its creator has big plans for Yo. The Financial Times writes that Arbel hopes to eventually commercialize Yo by turning it into a notification platform that other companies can use. It might seem outrageous, but Yo is already installed on thousands of phones. Now, all the company needs to do is make Yo more than a source of cheap giggles.