Have we learned anything from the VR freakout that happened over 20 years ago?

At a conference last month, I experienced the virtual reality equivalent of bungee jumping: a “pit” demo. Wearing a high-end headset in a booth that tracked my movement, I walked a metal plank above a virtual floor. At the command of the exhibitor – who worked with a VR design company called WorldViz – the plank rose high into the air.

“What happens if I jump off?” I said.

He turned me towards the edge. My brain knew that I wasn’t in any danger, that I did this in video games all the time, but my body wouldn’t agree. I hesitated, looking at the floor 20 feet below. It can’t hurt you, I thought. I leaned and took a step forward.

My foot scuffed the carpet as my virtual body fell, and I realized that I was surprised. It was like walking in the dark towards what you thought was a staircase and hitting the flat floor instead. A standard Oculus Rift game is mediated by a controller. But having to take the step myself, to move through physical space overlaid with a virtual counterpart, was a truly harrowing experience. For the rest of the conference, I occasionally glanced over at the booth. Other attendees seemed just as hesitant as I had been.

To use an excellent comparison by Stanford VR researcher Jeremy Bailenson, the pit demo is VR’s Arrival of a Train at La Ciotat – the 50-second 1895 film of an oncoming train whose realism supposedly shocked audiences so badly they ran out of the theater. But while it’s unclear whether that’s more than a legend, the shock of VR is here today. There’s never been a more interesting time to discuss the implications of a technology that could trick us into thinking its world is real. Will isolation and simulator sickness lead to the cycle of “mistrust, misunderstanding, and censorship” that smothered comics and arcades? How will we deal with pornography and extreme murder simulators? And is VR basically “a rapid hit of speed, heroin, ecstasy, marijuana, and cocaine”?

Sure, that’s always possible, but it’s helpful to remember that we’ve been through this fear and wonder before. Not with comics, or arcades, or video games. With virtual reality. Twenty years ago. 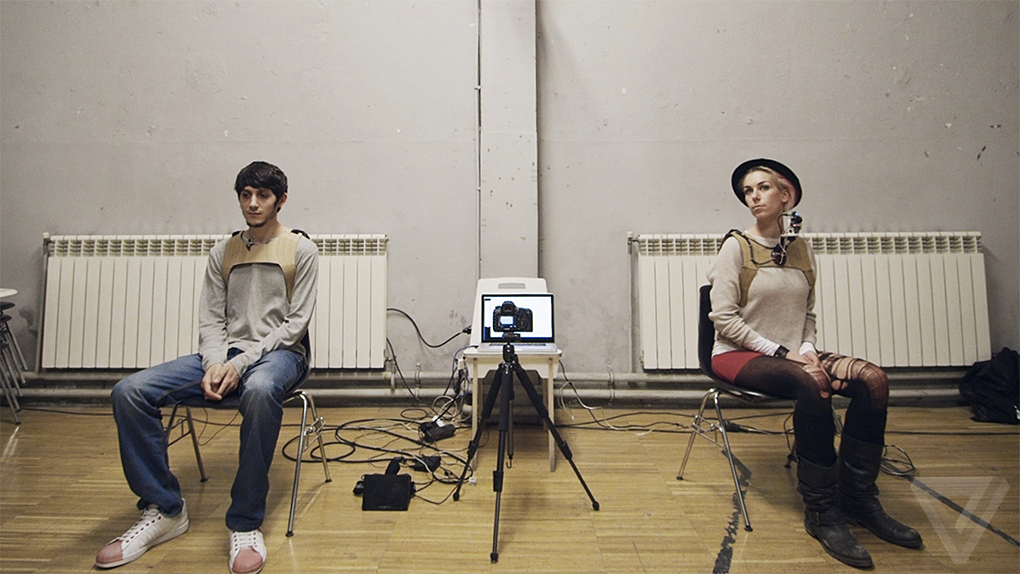 Virtual reality dystopianism and backlash have been in the cards for as long as the public has known about VR, and if anything, our extreme predictions have gotten a little less cool. Today, we have revenge porn and internet addiction. In the late ’80s and early ’90s, virtual reality fans had cyberpunk and the legacy of ’60s psychedelia. Counterculture icon Timothy Leary was an early proponent of the technology, and Jerry Garcia made one of the most omnipresent comparisons. "They outlawed LSD," he’s quoted as saying after a VR demonstration. "It’ll be interesting to see what they do with this." In his landmark 1991 book Virtual Reality, journalist Howard Rheingold says he was asked, verbatim, if VR was "going to be electronic LSD" at every event he attended for two straight years. The Wall Street Journal got in on the action in 1990 with a piece on VR pioneer Jaron Lanier titled "Computer simulations one day may provide surreal experiences." The predictable tagline, set a couple of paragraphs above a picture of a heavily dreadlocked Lanier: "A kind of electronic LSD?"

At the time, Lanier expressed frustration with the drug comparisons. "The only reason that that idea is around is because Tim Leary is now making something of a living talking about VR," he told the LA Times in 1991. "To me, all of this is just poisoning the ideological well." He dismissed virtual sex in the same piece and complained of the "huge amount of misinformation" about what VR was, including exaggerated media stories that gave the impression it was a photorealistic simulation of everyday life. Which isn’t to say that he didn’t have big ideas about its future. In an interview with Wired co-founder Kevin Kelly, he speculated that if the first humans had virtual reality, they might never have developed language.

What meaning should we ascribe to virtual sex and violence?

The LSD comparison wasn’t the only thing VR had to contend with. ’90s "cyberspace" intellectuals were grappling with the same problems we have now: what do terms like "presence" really mean? Would people become the VR equivalent of couch potatoes, sedated by a potent new medium? What meaning should we ascribe to virtual sex and violence? Building on the work of philosophers from Plato to Marshall McLuhan, these weren’t just debates about hyper-realistic glove-and-goggles worlds. They could be about something as lo-fi as the text-only virtual community LambdaMOO, which gave us one of the most famous essays ever written about online cruelty.

And then there were the simply bizarre predictions. One sociology book mused about a kind of high-tech Hands of Orlac, in which the brainwaves of a psychotic could become encoded in a VR system’s artificial reality. "If a ‘normal’ person stumbled onto a path which triggers these psychotic routes, the ‘normal’ user may become trapped in an irrational, even dangerous, web. Remember, this is neither an everyday computer nor a television-style visual experience. It is highly intense, highly charged, and almost totally inclusive." The same book speculated that the Mafia could get casino visitors hooked on virtual-reality gambling. After Scientific American published a piece on VPL’s DataGlove — a more sophisticated predecessor to the Nintendo Power Glove — the National Enquirer apparently ran its own version with one bewildering tweak: it said that the glove had military funding and could be remote-controlled to creep behind enemy lines under its own power.

Fear of a VR backlash — or simply a failure to live up to the hype — was already very much on people’s minds. In ’90s media, the budding but limited technology became an all-encompassing tool that was both sensual and sinister. The Lawnmower Man gave viewers mind-bending VR sex, and Wild Palms presented it as a delivery mechanism for hallucinations and mind control. For some fans, these were pleasant diversions or interesting allegories. For others, they were a red flag. A 1993 Usenet thread on Wild Palms was ambivalent, especially about the news segments that followed it. "Wouldn’t you know it, the press has struck again," said one commenter of a post-Palms report that featured "addicted" teens and VR arcade games. "If the general public gets this kind of double-dose intro to VR (Wild Palms and violent video games) what kind of future does VR have in the home or workplace? … Maybe it was just bad research on their parts, but even so, what chance will VR stand if we keep letting people who really don’t know that much about VR introduce it to the public?" 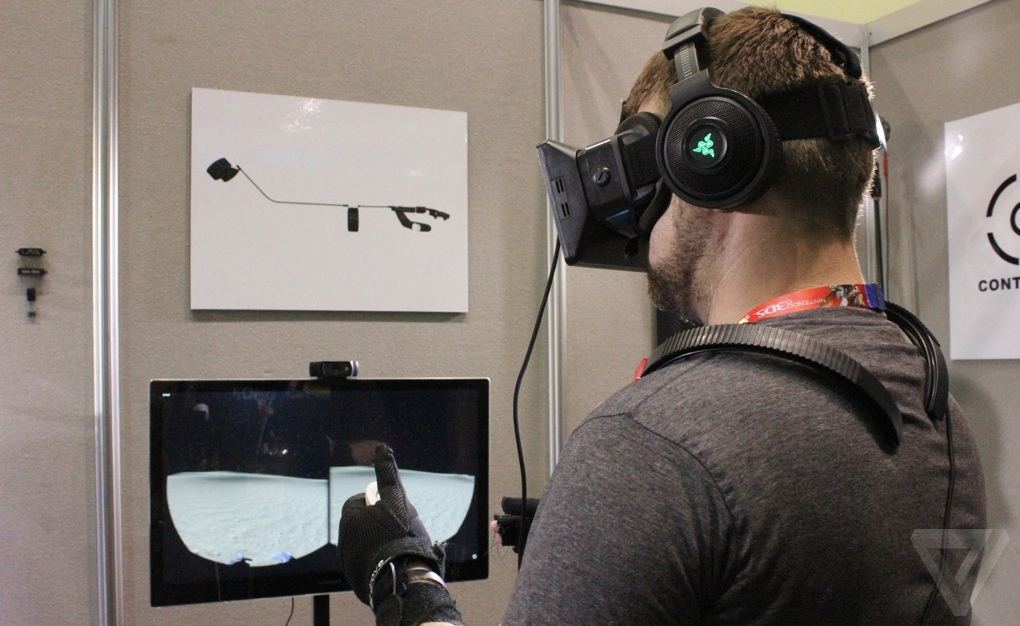 But a large-scale backlash never materialized, especially after the dot-com boom took the wind out of VR hype’s sails. There actually was one Senate hearing, chaired by Al Gore in 1991. But it wasn’t about the dangers of the new technology. According to reports from the time, Gore was worried that as the Japanese sped up development, the US government wasn’t supporting virtual reality enough.

In the end, more practical concerns held back consumer VR. Old headsets, with their high latency and low resolution, could lag terribly and gave wearers motion sickness as bad as or worse than the Oculus Rift. Arcade owners had to figure out how to swap one helmet from head to head without spreading sweat at best and lice at worst. At home, letting a child wander around the living room in a heavy plastic blindfold was a liability nightmare. When Brendan Iribe from Oculus talks about making the Rift a "seated experience," he’s addressing a problem that gaming companies ran into decades ago.

Things have changed since then. The low price of consumer VR — hundreds of dollars versus tens of thousands — gives it a shot at reaching the average American, and the graphics from a present-day desktop PC outstrip those of a supercomputer from the ’90s. More importantly, thousands of developers are working on everything from shooters to bird simulators, and it’s never been easier to try a headset for yourself. We don’t know exactly what people will do with VR yet, but whatever it is, it’s going to be a lot more accessible.

Maybe widespread availability and improved technology will create a new moral panic. But for as far as VR has come, it’s still nowhere near being indistinguishable from reality. The more you use it, the more the differences become apparent. If I tried the pit demo again today, I might be a lot less hesitant, just as VR horror games no longer hold the fear they once did. In 10 years, today’s speculation about the end of real-world sex or a ban on head-mounted displays will probably still sound as hyperbolic as Psychology Today’s 1996 expose on teledildonics:

The unstoppable progress of modern technology is making accessible, easy-to-use virtual reality a, well, reality. VR products are beginning to enter the marketplace, and development of virtual equipment has been stepped up by ambitious entrepreneurs. No longer can skeptics write off VR as wishful thinking, more appropriate fodder for science fiction writers than academics.

What happens when we voluntarily step into an alluring, machine-made, alternate reality — and surrender contact with the real world? Sexual pleasure is a powerful reinforcer, the big hook. How will we deal with users who won't, or can't, return to their average lives? Will there be a new class of schizophrenics who are simply jacked-in forever?

Edit out the references to Cindy Crawford, Strange Days, and the Virtual Boy, and you could reprint about 80 percent of that piece today without anybody noticing – including the bits about swapping genders in virtual reality, which we’ve made steps towards with an art project called the Machine to Be Another.

It’s not that these thought experiments aren’t exciting, or that we’re not getting closer to realizing them. We’re never going to get tired of debating the nature of reality, or thinking about what might happen if we could live in our dreams. But despite all our references to failed VR tech of the ’90s, we’ve developed a kind of mass cultural amnesia about the debates that actually took place. We’re speculating on the same old questions again and again — whether VR will become a drug, whether a government crackdown is impending, whether a perfectly photorealistic world will replace this one — without looking back to see what the past can teach us. And in doing so, we’re eliding the really interesting problem of how we get to the things we’re talking about. Forget for a minute about whether we’ll give up real partners for virtual porn stars, for example. What would it take to make virtual sex that would even merit this comparison? Where exactly is the tipping point between "good-looking video game" and "plausible reality?"

’90s virtual reality didn’t disappear – it was transmuted into incredibly useful military, industrial, and medical tools. But wide-eyed speculation turned the term into something of a joke to modern-day audiences, and in the aftermath, we’ve forgotten about the groundbreaking writing and development that took place, and the problems that our predecessors had to grapple with. The biggest danger isn’t that VR will be banned, or that it will lock us into the Matrix. It’s that it will be ignored.