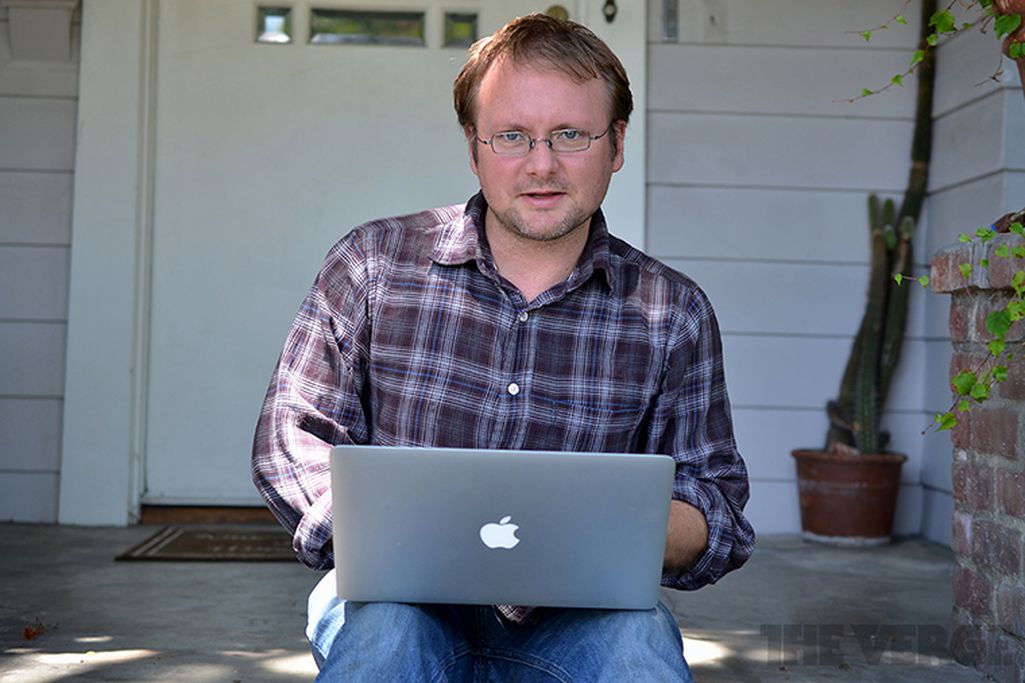 J.J. Abrams may sound like a tough act to follow in the Star Wars universe, but director Rian Johnson might just have the chops to make Episode VIII a classic. It's early yet, but with word surfacing that Johnson is in talks with Disney to both write and direct the eighth entry in the saga, fans can reasonably expect the film to stand up next to the greats. He's the real deal.

Johnson doesn't have an extensive backlog of films under his belt, but it can safely be said that he's been drawing audiences in for nearly a decade. In that time, he's explored genres and mediums with a good rate of success. Here are some of his finest works. (Fans can also download all of his scripts right here.)

2005's Brick, starring Joseph Gordon-Levitt and Lost's Emilie de Ravin, was Johnson's directorial debut and is by now considered a cult classic. A neo-noir in the tradition of Chandler and Hammett, it follows a high-school-aged but somehow hardboiled Brendan Frye, played by Gordon Levitt, as he investigates the death of his ex-girlfriend. The film helped establish Johnson's style, and won a Special Jury Prize at that year's Sundance Film Festival.

The Brothers Bloom is your quirky "one last job" flick, but done with a ton of style. Starring Adrien Brody, Mark Ruffalo, and Rachel Weisz, the film follows a pair of con men who plan on bilking a rich socialite out of her money. It just so happens that one of them falls in love with her. The film works because Johnson was devoted to not only the style but also his characters.

Looper was Johnson's first foray into science fiction, and it's every bit as inventive as it is mind-bending. In the film, loopers are assassins hired to kill men sent back in time by the future's mob. Joseph Gordon-Levitt is good at that task, until he discovers that his newest mark is his future self. And then Johnson flips our expectations on their head, and the film becomes much more than the trailer promises. Of course, being the open director that he is, he created a downloadable audio commentary for fans to listen to while the movie was still in theaters.

Fly is one of the most polarizing episodes of Breaking Bad, and probably for good reason. It's a bottle episode, showing Walter White and Jesse Pinkman chasing angrily and fruitlessly after a fly in their Albuquerque meth lab. Rather than drive the plot forward, Johnson instead spends the hour teasing out Walt and Jesse's relationship while also revealing Walt's crushing need for control and, really, power.

Ozymandias, on the other hand, is universally beloved as one of the best Breaking Bad episodes, if not of all television ever. Without diving too far into spoilers, this is the one that shows Walt's fall. Johnson is a master at dealing blow after blow to the audience in this episode, and every one of them hits home. In the The One Who Knocks podcast, he goes into detail about the symbolism and references he makes throughout.

Johnson has also done more than film and television. In 2006, he directed two music videos for the indie band The Mountain Goats. Wild Sage happens to be his favorite song from their album Get Lonely. Here, he creates a stop-motion effect using stills of frontman John Darnielle and juxtaposing them with the Cape Cod landscape. He never finished the video, but it's still brilliantly done.