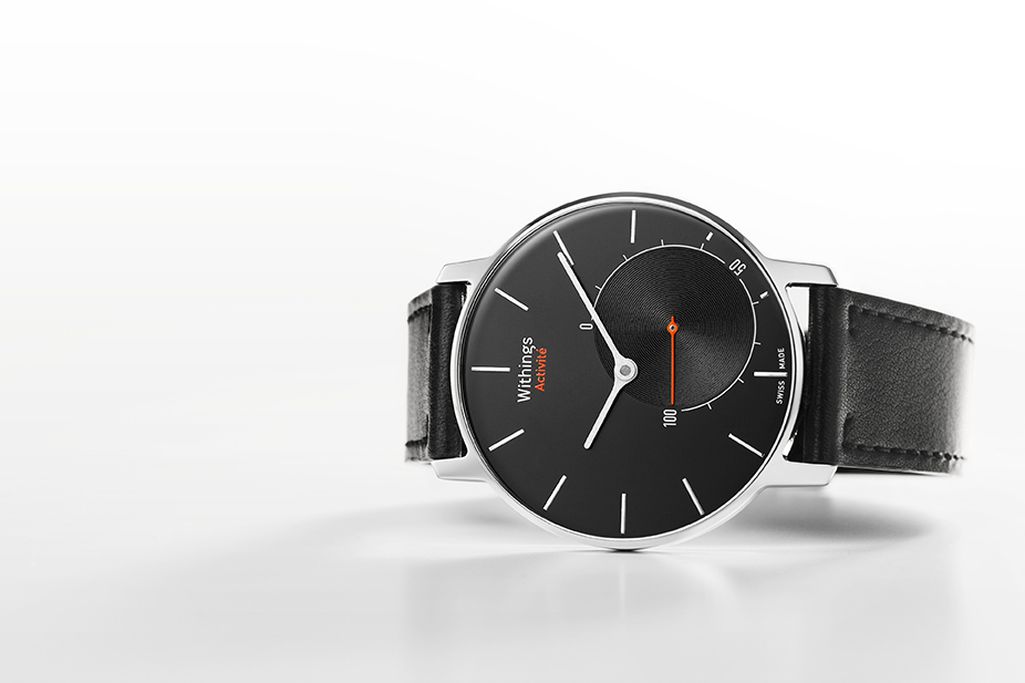 The Withings Activité isn't a smartwatch. Not in the notifications-on-your-wrist, Android Wear sense, anyway. But it's not just a watch, either. The $390 device that was announced on Monday and will be available this fall exists somewhere in between: it's one part high-end, Swiss-designed watch, and one part activity tracker, able to monitor your steps and sleep in the process. As Withings CEO Cédric Hutchings tells me, “it’s the first in a new category: a premium, high-end watch that happens to have these cool features.”

It looks mostly like a watch. It's chrome and round, available in black and silver, with an analog face and a classic design. "We tried to really turn the equation upside down," Hutchings says, "and to stop trying to make a piece of technology with a screen, a piece of rubber, something you need to charge every day. We tried to start with a watch." There's more to take from a watch than just its face, too: the Activité lasts a year with a single watch battery, is waterproof up to 5 meters, and comes with a lovely leather band. 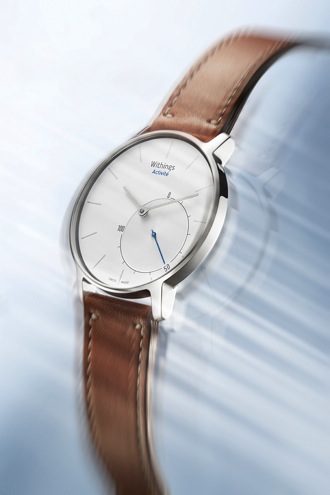 You might never know there's anything else inside the Activité were it not for the second, smaller dial in its bottom-right corner. That's the Activity dial, tracking your progress towards your fitness goals for the day. The Activité's accelerometer can track both steps and sleep, and connects via Bluetooth to your phone (iPhone-only for now) to sync with Withings' apps and other devices. It can also work as a smart alarm clock, gently vibrating to wake you up when you're at the lightest point in your sleep cycle.

The Activité enters into a Withings ecosystem that is ever more powerful at tracking your every move. The scale tracks your weight; the Pulse wristband tracks steps and sleep, plus blood oxygen levels and your heart rate; the Aura is an astoundingly accurate sleep-tracking device. The Activité is made to be a sort of entry point, the activity tracker for people who wouldn't normally want to wear an activity tracker.

If the Activité's features aren't groundbreaking, Withings' approach to building a smarter watch certainly is. Hutchings tells me the company's goal was always to be different from the Moto 360 or LG G Watch, to make something other than the standard screen-on-your-wrist design. For one thing, he says, almost as if he's surprised he needs to, a wrist-worn device should always tell the time. "If you take any activity trackers, they are really far from providing what we expect when we have something on our wrists, which is to be able to display time without pushing a button, without going in the shade because it's sunny, and without having to recharge it."

"We think smartwatches are currently giving a bad name to the watch," he says. "We did not want to build an extension of my smartphone on my wrist. We don't want to go to a Swiss army knife approach, having something that is ugly to wear." He wanted to build a device people wouldn't need to upgrade every year or two, but would keep for years and decades. 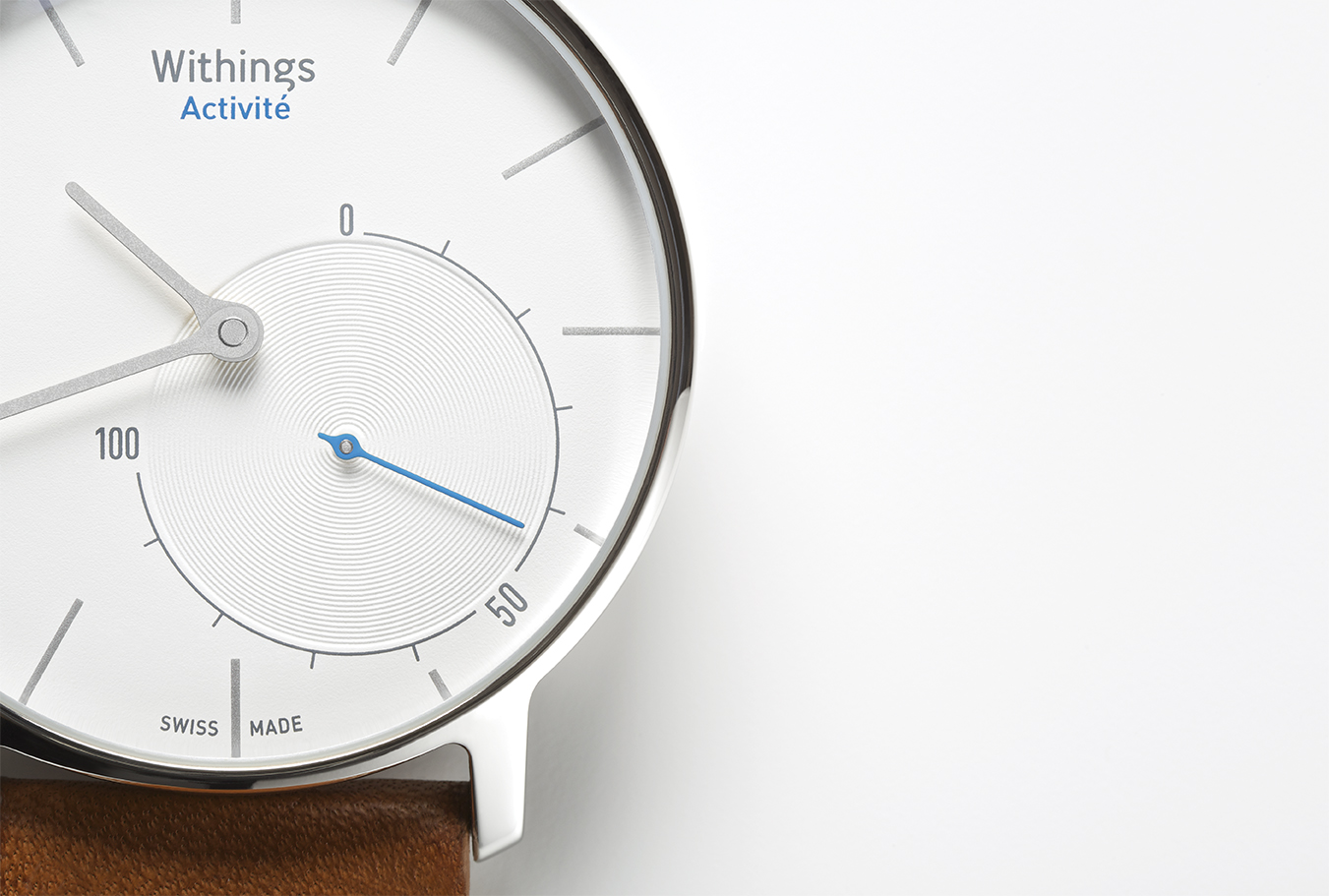 Hutchings seems to exist equally in the past and the future. He's enthralled by the intricacies of watch design, full of stories about the double-curved glass on the Activité's screen and how it fits better in the watch industry this way. ("It has a very tiny reflection," he says. "It’s not something you’d get at first.") He also clearly thinks a great deal about Bluetooth LE, the information it can send quickly and efficiently between phone and wrist. The Activité uses Bluetooth to sync data and automatically keep accurate time, but Hutchings says there's potential for much more integration.

Blending past and future, design and technology

Mostly, though, he's interested in how to seamlessly blend past and future together. "I'm very much convinced that these so-called wearables will disappear into natural devices," he says. "I'm a firm believer that we can enrich a lot about everyday design, and without adding too much we can track and sense a lot of things. So we have to be smart in the way we embed the devices."

The Activité was announced in New York City at an event that was conspicuously more like a fashion show than a gadget unveiling. But Hutchings reminds me that the really exciting stuff happens when the two work in perfect concert. That's the category he believes the Activité can be the first to define. "It's a very integrated design. It is not two products in one box." It's a watch, a beautiful watch, that just happens to do smart things.