A lot of things are illegal in San Francisco — from businesses handing out plastic bags, to riding Segways on sidewalks — a list that might now include selling your city-owned parking spot to someone else. That hasn't stopped startups that like MonkeyParking from giving people a tool to do just that. In January, the Italian-based startup began offering up a way for San Francisco residents to sell public, metered spots to others. If you're in a spot and plan to leave, you can put it up for sale, and even create a virtual bidding war where potential buyers can outbid one another. The winner comes and claims their spot, and you wait to pull out. The service has since expanded to Rome, and plans to go elsewhere. There are also similar ventures from other companies that aim to solve the first world problem of finding a place to park.

Up to $300 if you're caught selling your spot

But all this is not kosher with San Francisco City Attorney Dennis Herrera, whose office today sent out a cease-and-desist letter to MonkeyParking, along with a plea to Apple to remove the "predatory" app from the App Store.

"Technology has given rise to many laudable innovations in how we live and work — and Monkey Parking is not one of them," Herrera said in a statement. Citing police code, Herrera said drivers who are selling their spot can get a $300 ticket, and the company could be subject to up to a $2,500 fine per violation as part of California's tough Unfair Competition Law.

Along with MonkeyParking, Herrera said his office would be targeting two other parking spot startups with legal notice: Sweetch and ParkModo, the latter of which has not yet launched. Sweetch lets people with parking spots sell them for $4, while buyers pay $5. The company's promised that its customers, on average, are bound to save 20 minutes versus hunting for a parking spot on their own. ParkModo plans to offer a similar service, and as SF Gate points out, was planning to actually pay people to park in certain San Francisco neighborhoods during primetime weekend hours when finding a spot can be exceptionally difficult.

"We really don't understand why they want to shut us down. We are trying to solve the huge parking problem," Sweetch co-founder Hamza Ouazzani Chahdi told The Verge. "The city should understand that the worst thing to do is to accept the status quo: 20 minutes to find a spot, 30 percent of congestion due to parking, which causes pollution and many other problems."

MonkeyParking told The Verge it was still discussing Herrera's letter, and declined to comment just yet. Apple, which is currently the only platform the app is available on, did not respond to a request for comment. 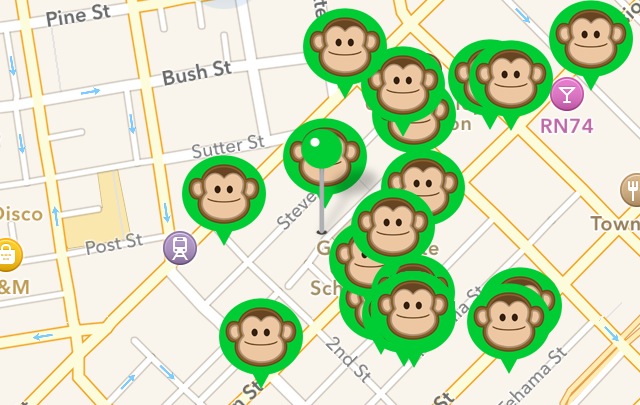