Samsung is as Samsung does

Samsung's gadget playbook is pretty obvious to anybody who’s been watching. It has created a relatively stable (if uninspiring) design language, chosen plastic as its preferred material, and cranked out device after device — each one based on small, iterative technological updates to the previous models. That's been the strategy for the Galaxy S line of phones for several years running, and it's the strategy that has led the company to release 11 different tablets since the beginning of 2014.

It's easy to look down on Samsung and the tablets it relentlessly churns out. It's practically impossible for anybody but the techiest of tech geeks to remember the tiny differences between them, especially since they all look basically the same. Flooding the market with subtly different variations on the same tablet, hoping that one of them will catch fire, doesn't seem like a great plan.

Which bring us to the Galaxy Tab S. Two of them actually, with 8.4-inch and 10.5-inch displays ($399 and $499, respectively). Each is designed around a core technology that's definitely impressive: a Super AMOLED screen. But whatever the reason behind Samsung's need to keep throwing tablet spaghetti against the wall, I'm hoping to see some real function behind all that pixel flash.

The display’s the thing

The core technology inside the Tab S is a Super AMOLED display instead of the more traditional LCD. Samsung’s claim is that this tech provides benefits that cascade through the rest of the device. Because it doesn’t need a separate backlight, the entire device can be thinner, lighter, and require less power. And of course, Samsung contends that it’s just a better screen thanks to deeper blacks, a wider spectrum of colors, and better outdoor viewability.

Samsung’s not wrong on any of those points. With these tablets (and the excellent display on the Galaxy S5), Samsung has finally gotten to a place where AMOLED screen technology doesn’t feel inferior to LCD. Yes, some people will quibble about sub-pixel arrangements, but you can ignore them. These displays are just straight-up gorgeous, with super-high 2560 x 1600 resolution that makes text look sharp and HD video look great. The smaller, 8.4-inch Tab S is especially nice, though sometimes buttons can feel like they’re too small to tap.

The colors on these displays still tend to look over-saturated to my eyes, but Samsung has toned things down considerably from years past. It has also added a software layer that analyzes both what’s on the screen and what’s in your environment and then adjusts the picture accordingly. It’s a limited feature, though, as it only works in a handful of apps. And even in those apps, turning it off and on makes the barest of differences. Actually, my favorite display tweak is the ability to crank the screen brightness down to very dim levels so using the tablet in a dark room isn’t a retina-searing experience. AMOLED display used to be terrible, then they slowly became acceptable. On the Tab S, they’re great.

The Super AMOLED display also helps with weight and thickness. It’s as though a Samsung boss pointed to the iPad and said “beat those things,” so the engineers did just that. Each Tab S is lighter than its iPad counterpart, and each is ever so slightly thinner, too. The 8.4-inch version is easy to hold in one hand, and of the two it’s definitely the one I prefer.

Thinner than an iPad

But there’s a tradeoff: everything except the screen is plastic. The back of the Tab S has the same stippled finish as the Galaxy S5 and the edges are rimmed in shiny, slightly distracting metallic bezels. If you were to take Samsung’s flagship phone and then blow it up to tablet size, the Tab S is exactly what you’d get. That includes the home button, which doubles as a fingerprint sensor that works only if you’re very careful with the angle and speed of your finger swipe. The Tab S also has dual speakers which are plenty loud, though I often found myself muffling the sound with the palms of my hands.

Samsung is also selling some shimmery, colorful folding cases. They snap in to the back of the tablet with plastic grommets, but they require so much force to put on and take off that it almost seems like you’re going to bust something. Once they’re attached, you have to embark on an origami quest to figure out how the system of folds and magnets will let you prop the tablet up at the correct angle.

At the end of the day, the Tab S hits most of the key hardware points you’ll want in a tablet. It’s thin, light, sturdy, and has fairly decent ergonomics. But the design is decidedly pedestrian, and that’s a disappointment.

In terms of raw specs and performance, there’s little to complain about with the Tab S. Both models have the enough RAM and processor performance to make Android 4.4 sing. The only time I felt like things were slowing down was when I used two apps at the same time in Multi Window mode, but even then it wasn’t a real problem. Having two apps on a single tablet screen is a lovely feature and totally worth dealing with the sometimes confusing interface, and I would really like to see it available on more tablets. Battery life was also fairly good, with each lasting through two days of moderate use.

The software is not very user-friendly

While performance is good, the software is not very user-friendly. I wish Samsung would finally get around to making those rumored software changes, making its UI look a bit more like standard Android. As it currently exists, there’s a home screen for Android-style apps and widgets, a home screen for Flipboard-style tiles, an app drawer, a shortcut to your files, and a notification area that’s practically a home screen in its own right — and that doesn’t even mention all the preloaded software. Even if you’re a fan of the software design aesthetic (I’m not), it’s a mess.

The headline software feature for the Tab S is a new version of SideSync that mirrors your Galaxy S5 onto your screen, so you can fully operate the phone from the tablet. It might make for a nice showroom demo, but actually connecting up your phone and using it is a little slow and awkward. Like so many of Samsung’s software additions, I have a difficult time believing that anybody will use it that much (if at all).

It’s tempting to think of Samsung’s software like allergies: the sort of thing that’s annoying and inescapable, but basically treatable. But the average consumer isn’t going to have an easy time of dealing with all of it, and Samsung should have more respect for its users. 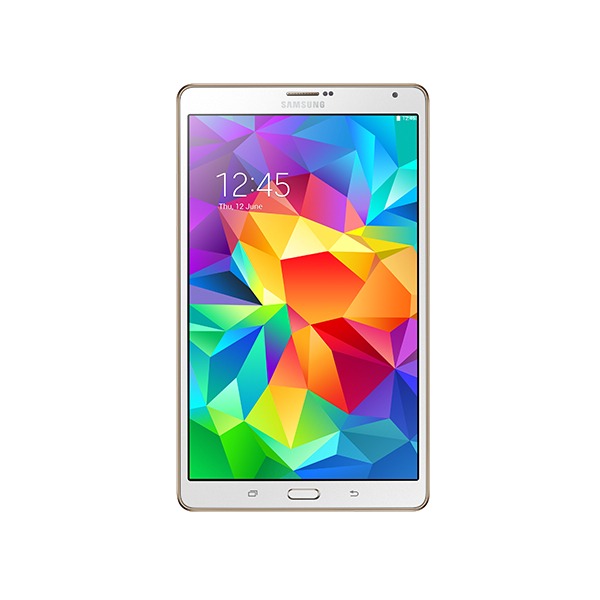 The most important part of any tablet is the screen. If it's terrible, it doesn't matter if the rest of the device is good or not. So for the Galaxy Tab S, it makes sense that Samsung would be so focused on the display, especially since it also helps both battery life and weight. But even on a tablet, the screen is just one part of the whole experience. The design of the rest of the hardware matters, and the software matters even more.

For everything that Samsung got right with the Tab S, it feels like there's something else it just didn't pay enough attention to. Samsung seems to be once again targeting the iPad, but focusing on all the wrong things. It's lighter and has a better screen, sure, but it also feels cheaper and can't compete with Apple's tablet-app ecosystem. There's only so much software hand-waving that Samsung can do to try to make up for that last fact. But creating more elegant hardware is fully within the company's control, and it just hasn’t done that here. For the same price as the equivalent iPad, the Tab S should have hardware that’s as good as the iPad, and it doesn’t.

Maybe the next two tablets will be better. Given Samsung's history, we probably won't have to wait long to find out. 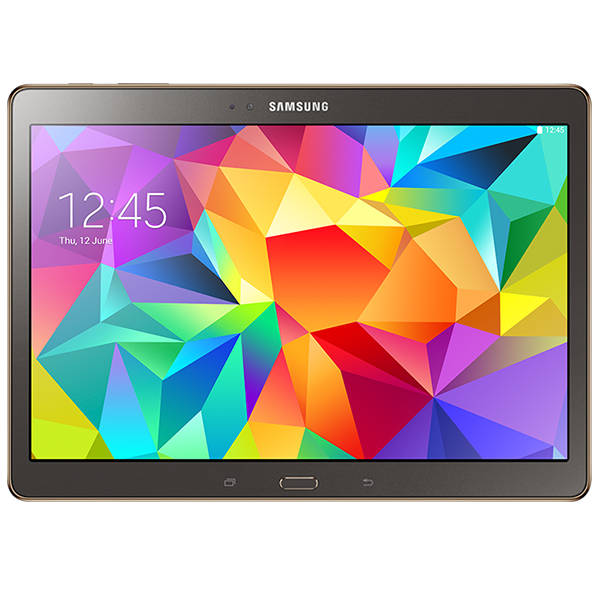