Project LiveWire is Harley's (quiet) first step into the future

Outside of Harley-Davidson's Lower Manhattan store on Monday, a group of Harley enthusiasts leaned against the railing of a construction canopy, smoking cigarettes and chatting about work while they waited in line to be one of the very first people in the world to take a ride on Harley's newest motorcycle. The bike they were waiting for wasn't the latest loud, hulking monument to two-wheeled American chrome though: this was something altogether different.

Harley was introducing Project LiveWire, its first electric motorcycle, and it had brought over a dozen of them to its Manhattan store for a limited preview of the bikes before they go on tour around the US for the rest of the year, beginning today.

LiveWire is far from the type of bike that Harley enthusiast are used to. It has a single gear, a touchscreen dashboard, and no gas to speak of. Oh, and it's quiet. Really, really quiet.

"At first, it was a shock," says George Pelaez, a member of the Harley Owners Group's New York City chapter. But Palaez, like many of the other HOG NYC members in attendance, found a lot to like in LiveWire, despite its striking differences. "The technology is unbelievable," he says.

Even though LiveWire won't be going on sale — Harley says that it's only looking at rider feedback at the moment — LiveWire is ready and impressive to ride. It tops out around 92 miles per hour and can get from zero to 60 in under four seconds, according to a Harley representative. For now, it isn't meant to take you all that far though: its range is around 55 miles in an economy mode and around 33 miles in a "power" mode. Charging time is about 3.5 hours.

Harley executives aren't interested in talking specs, though. They stressed that what they care about right now is getting rider feedback — including finding out who this bike is actually for. "That’s one of the most interesting things we’re gonna learn," says Harley marketing chief Mark-Hans Richer. "The breadth of this experience." This isn't a bike for most Harley traditionalists, after all, so the question may be what new, younger riders are looking for.

"It can be a totally different sound as long as it delivers those same emotional characteristics."

Richer says that LiveWire is Harley's acknowledgement that there's a growing customer interest in electric vehicles. Harley believes that there's still a lot of development needed before they’ll take off, and presumably, Harley thinks it can help electric motorcycles do just that.

But Harley's challenge isn't just technical: it's emotional. It's recreating the feel of a grumbling V-twin engine and all the power that comes with controlling one. LiveWire certainly gives its drivers plenty of control — riders were calling it agile, sporty, nimble — but its sound is something very different.

LiveWire is nearly impossible to hear when out among New York City traffic. When revved indoors, however, it lets off a high-pitched whine that sounds more like an oversized vacuum than a vehicle. 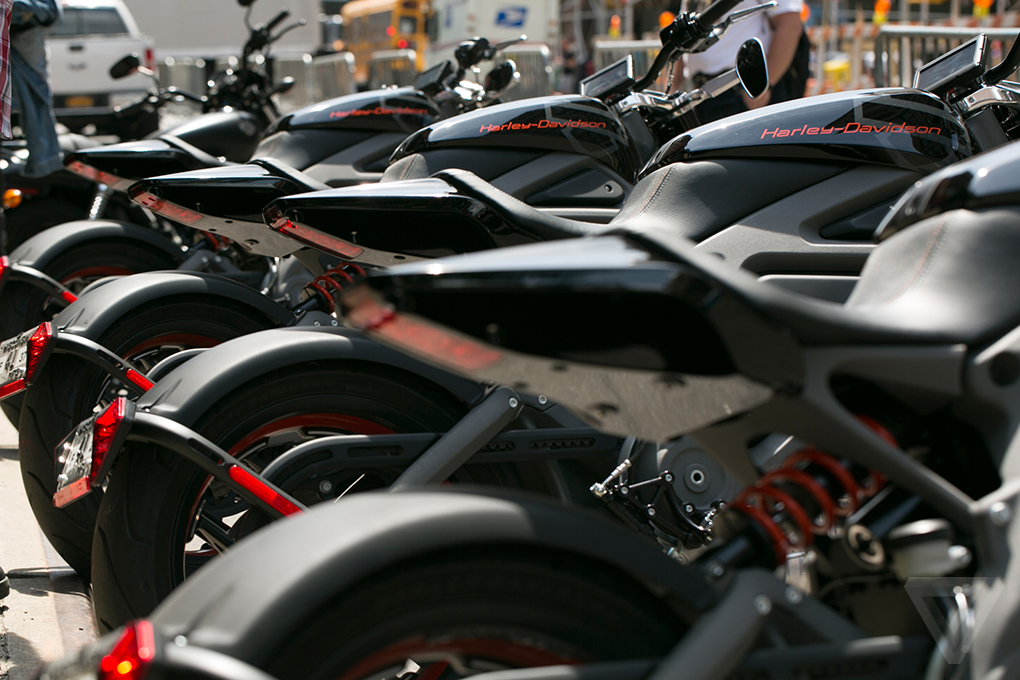 "It's different, right? It's hard to ignore that," Richer says. Harley knows how important a bike's sound is, but it isn't committed to recreating the classic roar. "If it ends in the same place of, 'Wow I really feel cool on this, and other people turn their heads when I go by and love the sound, and it makes a statement, and it's got character and attitude,' then that's where it wants to be. That's where it needs to be."

"It can be a totally different sound as long as it delivers those same emotional characteristics," Richer says.

Members of New York's Harley Owners Group didn't mind the change in tone, but they did mind the near absence of sound altogether. "It looks great. It's a good introductory bike for those who can’t drive standard," HOG member Louis Diaz, Jr. says. "Only drawback: it doesn’t make noise."

"For safety, you need a little noise," Hector Ponce, another HOG member, agrees. "You need the cars to hear you, especially taxis. They’re insane."

Ponce thinks that with little perceptible noise coming from a bike like LiveWire, a rider is guaranteed to get into an accident eventually. "I wanted to get one for my son," he says. "The reason I won’t do it is a safety reason: no noise."

Harley dismisses the safety argument, however, saying that it's something of a misconception. Even so, Richer says, when riding around New York on LiveWire, "They heard me coming."

Either way, there's a good chance that motorcycle riders will want to give LiveWire a try. We brought along our friend Christaan Felber, a photographer and motorcycle enthusiast, to take LiveWire for test drive. He's been riding around on a 1965 Honda CB77 Superhawk for a few years now, so jumping up to the LiveWire literally took him five decades into the future. 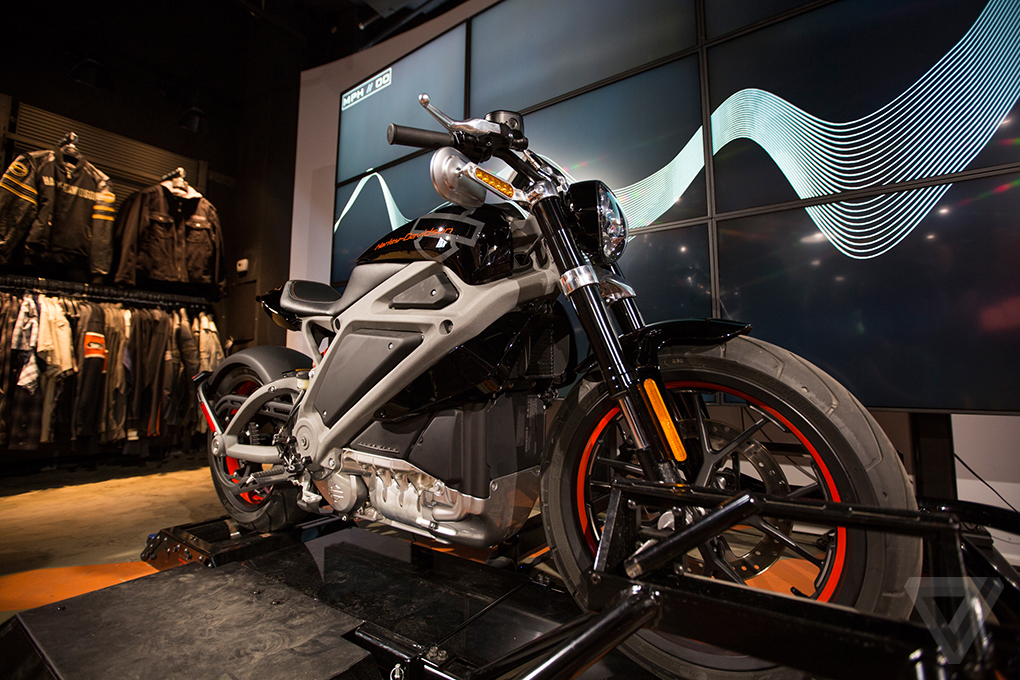 Felber was pretty thrilled with LiveWire's handling and feel. As soon as he jumped off the bike after doing just over a mile and a half in dense New York City traffic, his first comments were, "I wanna ride it more. I wanna open it up."

"It’s not what you think of a motorcycle."

As someone who's into classic bikes though — and into fixing them up — Felber's distinctly aware of the emotional shortcomings of an electric machine. "It’s like the difference between a record and an MP3," Felber explains. Records may have imperfections, but that doesn't mean they're worse. In fact, that's part of the appeal.

"The sound of it, the tone," Felber says. "It’s not what you think of a motorcycle."

Felber's reaction seemed to be, by and large, the one shared by Harley enthusiasts who in attendance. The refrain was that LiveWire was quite appealing, but it wasn't quite for them.

Figuring out what can change existing riders' minds may be part of what Harley is after as it gets feedback on the bike. LiveWire has been in development for about four years, and Harley isn't saying how long it might be before it prepares a new version (or, for that matter, if that version will actually go on sale).

The market for electric vehicles is growing though, and Harley realizes that it's worth paying attention to — even if that means adapting. For now though, it doesn't plan on throwing its history out the window. Electric vehicles are merely an opportunity for it, says Michelle Kumbier, Harley’s senior VP of motorcycle operations, "We don’t see a time that they're going to replace our traditional combustion engine."

Media and enthusiasts flocked around LiveWire as Harley CMO Mark-Hans Richer prepared to ride it.
Most Popular
From our sponsor
Advertiser Content From