Bono criticizes Apple for lack of Product Red promotion: 'they're like a religious cult'

Bono criticizes Apple for lack of Product Red promotion: 'they're like a religious cult'

Over the years, Apple has raised over $75 million for Product Red. The initiative — started by U2 frontman Bono — directs a chunk of profits from various products to the fight against AIDS. But few people know about Apple's contributions; the company rarely boasts about or issues press releases marking Product Red milestones. And Bono isn't happy about that. He wants to see Apple do more to increase Red's visibility; much more than it's doing now, anyway. "Apple is so fucking annoyingly quiet about the fact they've raised $75 million," Bono told an audience during his recent Cannes Lions presentation. "Nobody knows!" To its credit, Apple does have an entire page of its website dedicated to Product Red. Here, the company proudly shares that it's generated over $70 million for the cause.

Bono was joined on stage by none other than Jony Ive, Cupertino's design guru. Last year, the pair worked together on an auction designed to raise some serious cash for Product Red. But their previous collaboration didn't stop Bono from chiding Ive over Apple's tendency to hide the Red logo on its products. As just one example, he pulled out an iPad cover. "Where's the Red branding?" he asked Ive. In this instance, Apple placed the Product Red emblem on the inside of the cover, an area that most people never see. 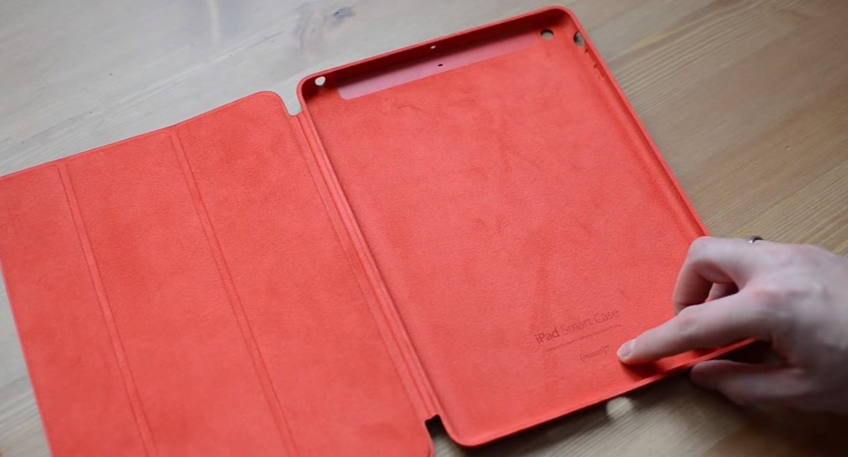 "Nobody can see that. This is modesty run amok." Bono pressed on with his criticisms. "This is the Apple way. They're like a religious cult." Ive didn't seem to agree with Bono's take. Instead, he highlighted Apple's growing portfolio of products that each kick in proceeds toward Product Red and have led to that $75 million total. "We started in 2006 with one Red product, a Nano, and now we've got well over half a dozen," he said. "It's been really, really special for us."

Apple has been participating in Red for years now, and co-founder Steve Jobs was one of its earliest proponents — Bono described him as "a kind of co-creator." But as we all know, Jobs himself was often obsessed with the smallest design details, and this led to a dustup over Red's logo and its use of parentheses. Jobs at first told Bono that Apple would never use the parentheses; "nothing interferes with the logo," Jobs reportedly said of Apple's own iconic mark. But a night's sleep combined with an impassioned email plea from Bono proved enough to change Jobs' mind. With one exception. Jobs told the singer that Red's parentheses would never be seen on the interior decor of an Apple Store. "And to this day, you will never see the parentheses in an Apple Store," Bono said.