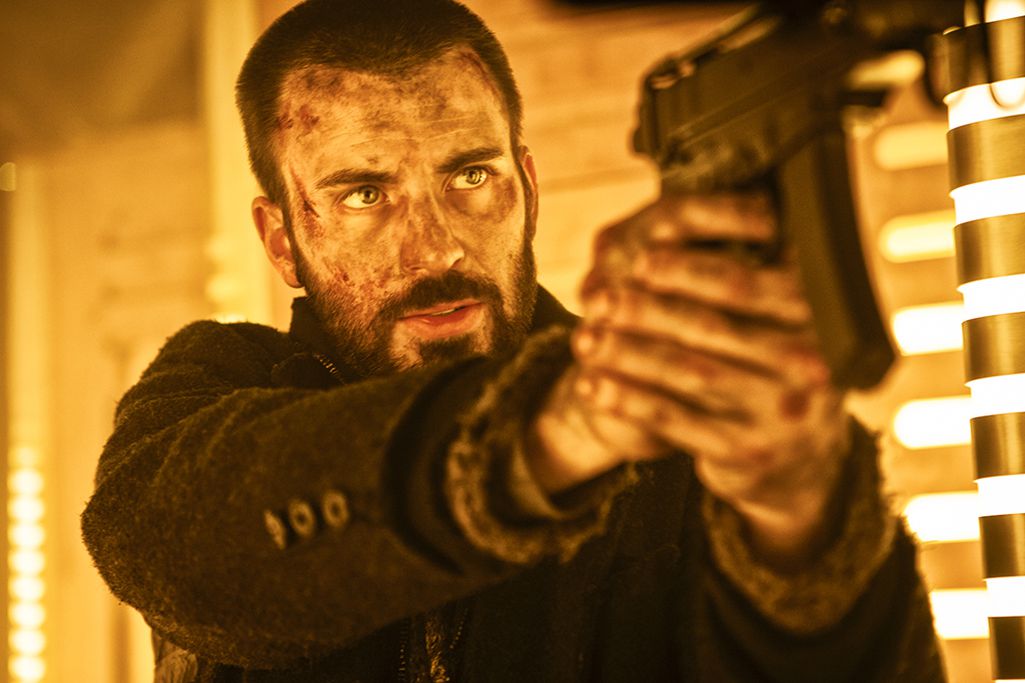 With the possible exception of Mike Judge’s Idiocracy, just about any post-apocalyptic movie worth its salt will bum you out. In fact, it’s part of the genre’s perverse appeal: the bleaker a film’s vision of a future dystopia, the more rousing and life-affirming it seems. (There’s nothing like slipping into the cinematic hellscapes of The Road Warrior or Children of Men to get the blood pumping.)

Maybe that’s why Snowpiercer is both oddly comforting and joltingly strange. The English-language debut of acclaimed Korean director Bong Joon-ho (The Host, Mother), it chronicles the plight of Earth’s few remaining survivors, who are all huddled on a train that’s been traversing the planet for the last 17 years. Significantly dark, this sci-fi film is also lyrical, funny, and occasionally self-indulgent. It’s a bumpy ride, but one well worth taking. 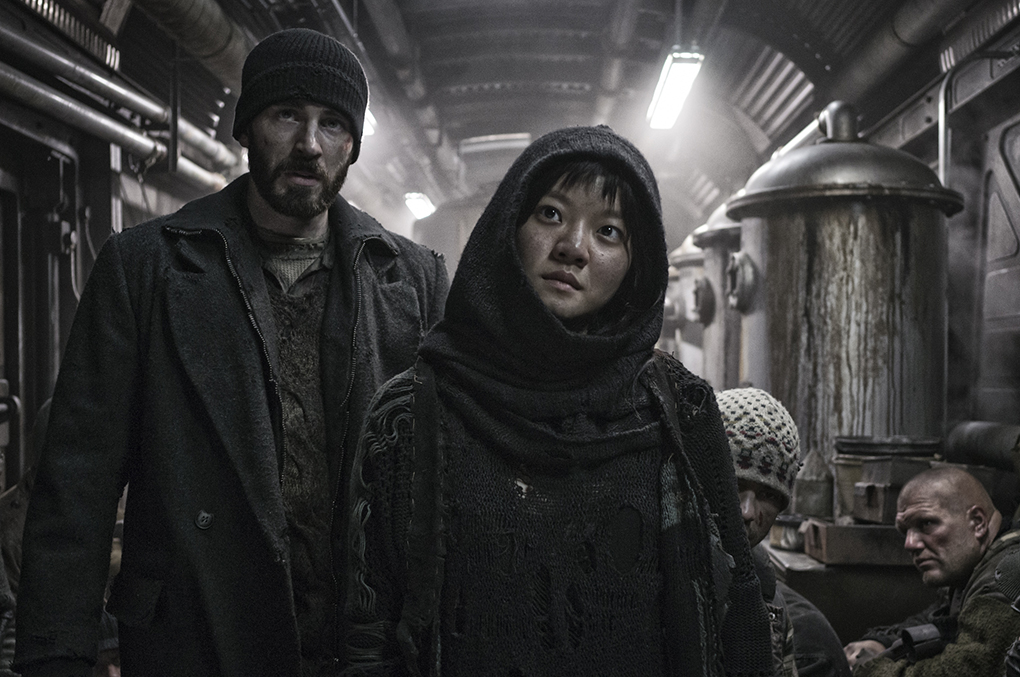 Based on the 1982 French comic book Le Transperceneige, Snowpiercer stars Chris Evans (Captain America from The Avengers) as Curtis, the reluctant leader of those who live in the caboose section of this lengthy locomotive. It’s the year 2031: back in 2014, a new ice age devastated the planet. Those left alive boarded what’s known simply as "The Train," where society quickly fell into a class system of haves and have-nots. Those in power are at the front, have the guns, and rule over the unwashed, unarmed masses in the back.

As the film begins, Curtis is planning to launch an insurgency against his people’s upper- class captors. He’s joined by Edgar (Jamie Bell, Turn), who idolizes Curtis, and Tanya (The Help’s Octavia Spencer), whose son was taken by the storm troopers who police the train. Their coalition plans to move, car by car, toward the front, until they can take out the engineer, a mysterious genius known as Wilford (Ed Harris). 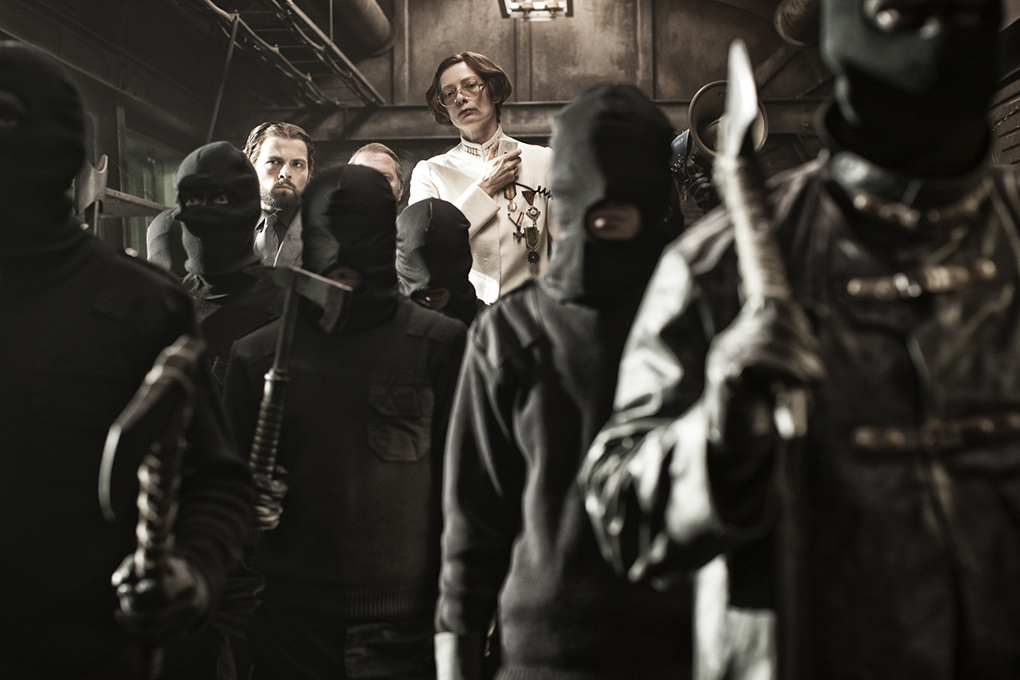 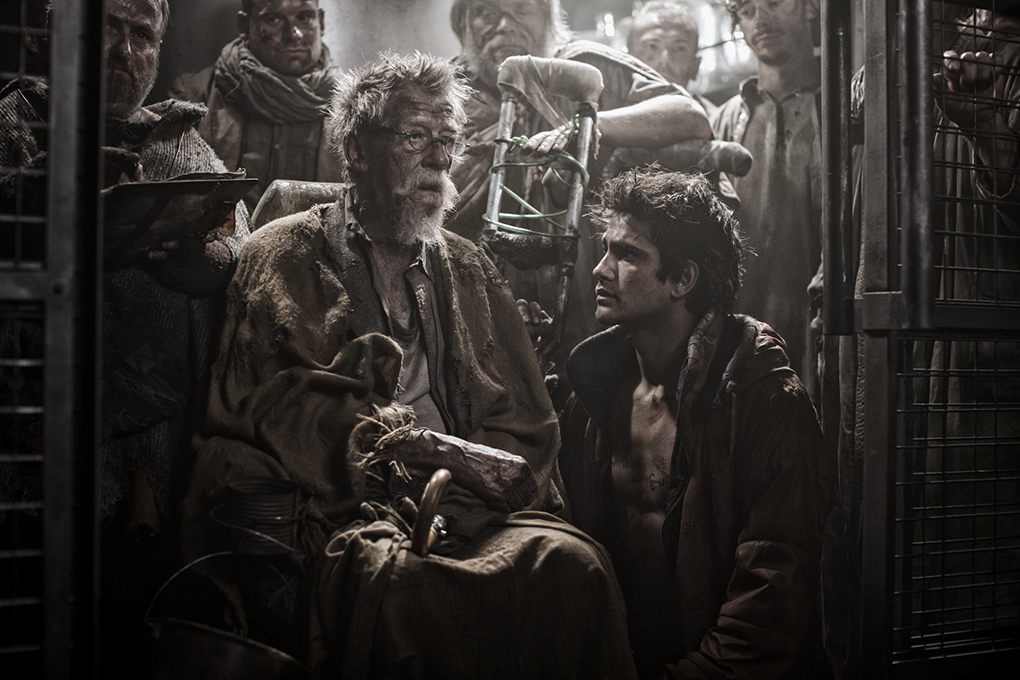 A stylish, claustrophobic future that's both grungy and beautiful 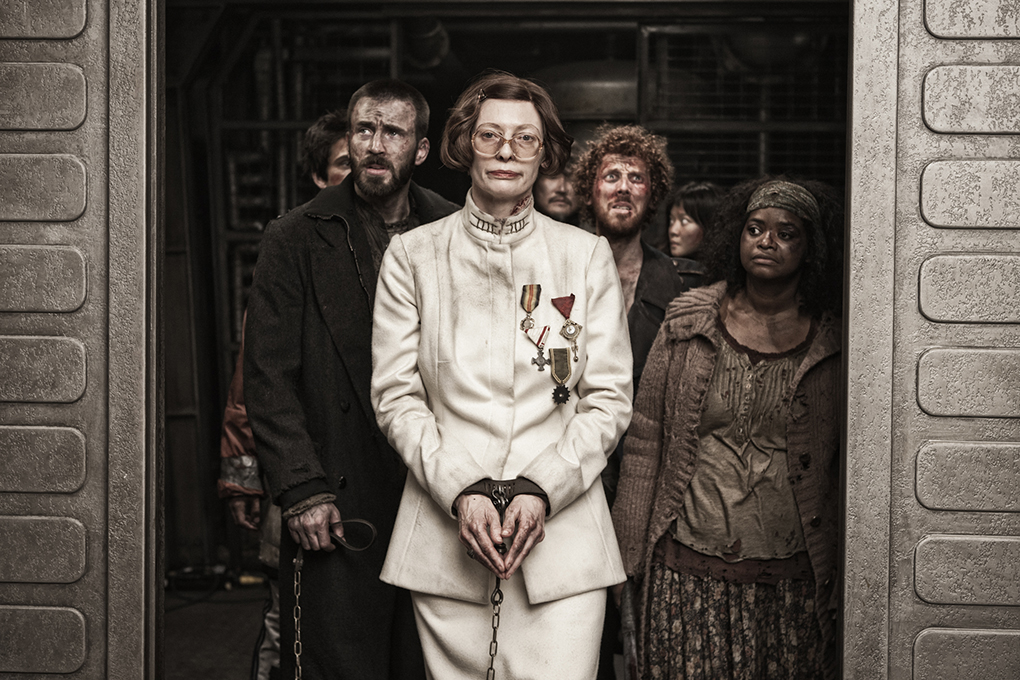 Part action movie and part political parable, Snowpiercer is akin to Bong’s earlier films in that it starts in one genre but quickly expands its scope. (The Host was that rare monster movie that doubled as a family comedy and ecological treatise.) If Snowpiercer isn’t completely successful, it’s because the movie can’t fully transcend the familiarity of its story. With shades of Brazil and The Matrix, Snowpiercer shifts between social satire, superb action sequences, and a vaguely philosophical "The train is, like, a metaphor for civilization, man" bent. The film’s dorm-room deep thinking, however, isn’t as compelling as its gut-punch intensity and sly sick streak. (Punishment for disobedience is meted out in a creative, albeit horrifying way — and you may not want to know what the train’s leaders put in the protein bars they feed to the lower class.)

But because Bong keeps coloring outside the lines, the film is spiked with a constant sense of unpredictable dread. Assisted by cinematographer Hong Kyung-pyo and production designer Ondřej Nekvasil, the director has crafted a claustrophobic environment that goes from grungy to beautiful, the dank quarters of the lower class slowly giving way to swankier cars devoted to classrooms, nightclubs, and spas. Thankfully, though, Bong doesn’t have much interest in the whimsical fantasia of overblown stylists like Tim Burton. As a result, Snowpiercer feels lived-in rather than antiseptically, "imaginatively" rendered.

To suggest the universality of his melting-pot characters, Bong has cast from different nationalities and races, including veteran Korean star Song Kang-ho as a drug-addicted safecracker, acclaimed Romanian actor Vlad Ivanov as a relentless killer, and Tilda Swinton as a cartoonishly ineffectual authority figure dressed up in Coke-bottle glasses and fake teeth. She’s an acquired taste in Snowpiercer: mildly amusing and strange, without ever really being astoundingly bizarre. 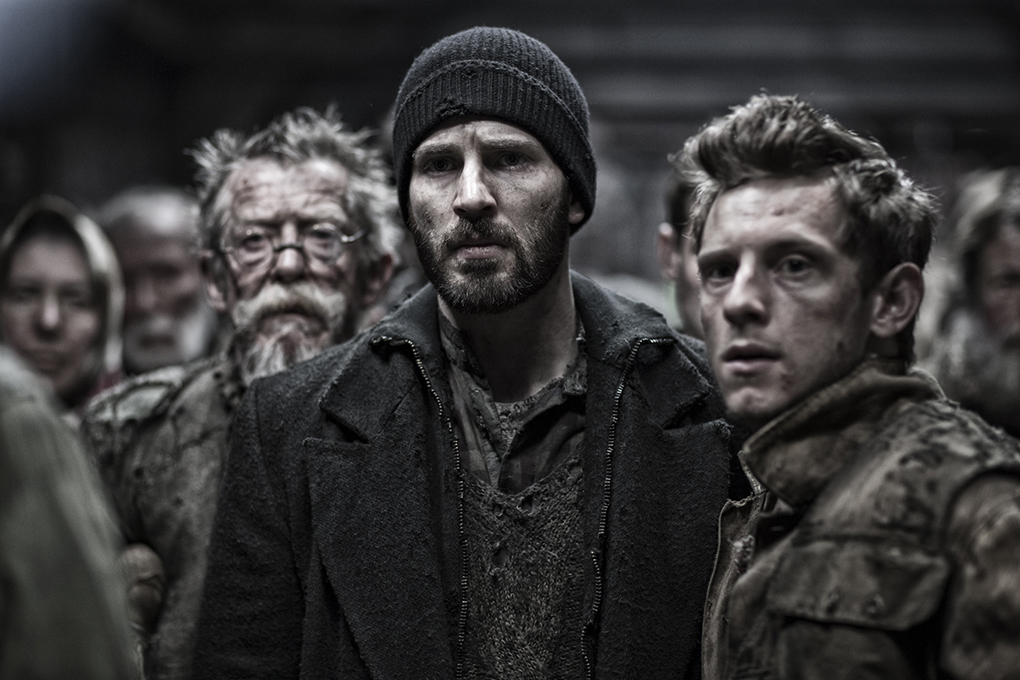 Snowpiercer’s true engine is Evans, though. In some ways, his turn as the haunted, determined Curtis is a companion to his work in the underrated 2007 Danny Boyle drama Sunshine, another sci-fi thriller about men and women trapped in a life-and-death struggle inside a steely beast. Evans has become a superstar thanks to the Captain America and Avengers films, and he’s winningly wholesome as Steve Rogers. But Snowpiercer reveals a more intriguing side to the actor in which his all-American earnestness is supplemented by a raw hunger, producing a flawed character who must claw his way to heroism.

Curtis’s journey to confront Wilfred results in an ironic twist that isn’t quite as ironic, or satisfying, as one might hope. (Again, if you’ve seen these sorts of films, you can generally guess where this narrative train is heading.) But Evans brings such instant authenticity to the part that he cuts through some of the genre clichés. Snowpiercer may not always be as inventive as its visual flourishes, or as emotionally engaging as its best performances. Nonetheless, Bong and Evans are so committed to their vision of a world so depraved it needs to be destroyed to be saved that the film gets under your skin anyway.

Snowpiercer opens in the US on June 27th in limited release. All images courtesy of Radius–TWC.