Share All sharing options for: Curiosity rover celebrates its first Martian year on the red planet

NASA's Curiosity rover celebrated its first Earth year on Mars in August 2013, but the car-sized robot yesterday hit another milestone — its first full Martian year on the red planet. Mars' years last 687 days, a total that Curiosity reached on June 24th after touching down on the world's ruddy surface in August 2012. To commemorate the Martian milestone, the Curiosity team at NASA released a new "selfie" of the rover on the planet's surface, and compiled a video recapping its most important findings and photos.

One of Curiosity's main aims was to work out if Mars was ever capable of supporting living organisms. It achieved that goal last March, when it sent back drilling samples from a dried-up river or lake bed that showed traces of sulfur, nitrogen, hydrogen, oxygen, phosphorus and carbon — all key chemicals for microbial life. Scientists already knew Mars had water, but he rover has also helped them understand how it once flowed. In September 2012, it analyzed gravel patterns and soil samples, working out that a stream near its landing point once flowed ankle- to hip-deep. The following year, data from the rover suggested humans could eventually mine water from Mars' surface.

Curiosity has been a tremendous boon for scientists, but the four-wheeled robot has also provided us with a surprisingly human look at an alien world. In more than 600 days of operation, Curiosity has sent back tens of thousands of images, capturing lunar eclipses, huge mountains, the Earth itself in the Martian night sky, and in a bid to keep up with homeworld trends, its newest selfie. The robot has weathered freezing nights, memory problems, and government shutdowns, even successfully taking control of its own destiny as NASA engineers relinquished direct control of its actions. 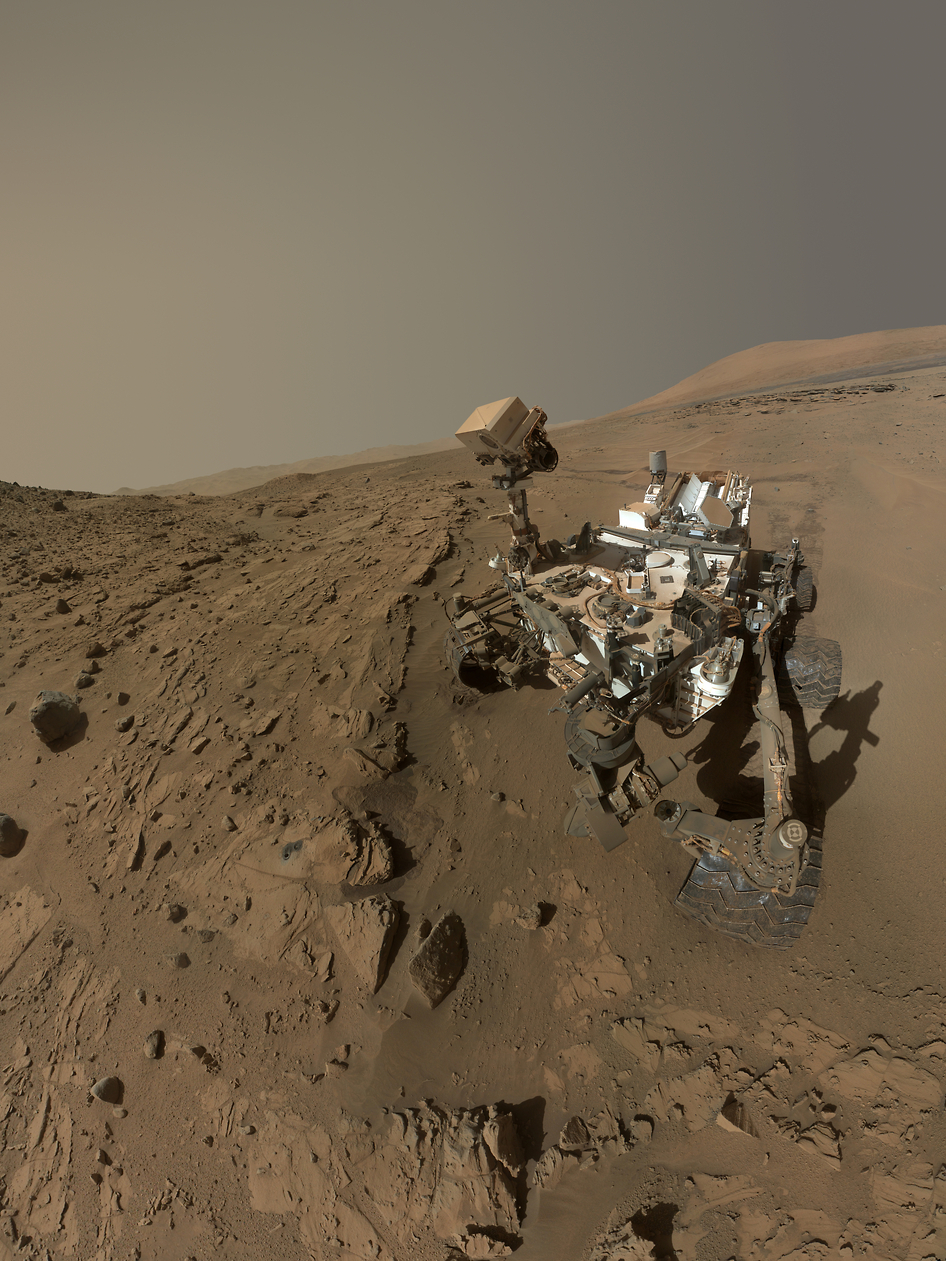 The rover has traveled 4.9 miles since touching down on Mars. Wheel damage has slowed its movement in recent months, but it's still trundling along a revised course towards its destination of Mount Sharp, where it will search again for evidence of habitability. Curiosity still has 2.4 miles to go before it reaches its goal, but the rover has found time for extra-curricular activities during its mission. It managed to score the first FourSquare check-in from another planet in October 2012, before using vibrating panels to "sing" a surprisingly poignant version of "Happy Birthday" to itself a year later.