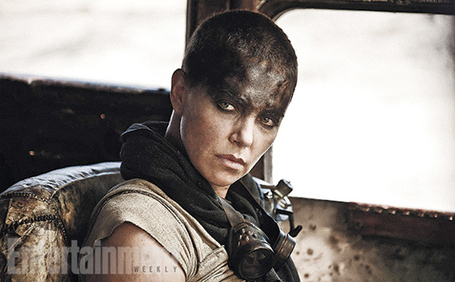 "I wanted to tell a linear story — a chase that starts as the movie begins and continues for 110 minutes," says 69-year-old George Miller, who directed all of the original Mad Max movies. The cast reportedly spent seven months in the Namibia desert in order to shoot the dystopian-themed film, which Miller first envisioned in 2000. On top of an interview with the director, Entertainment Weekly also published some storyboard art and a number of stills from the 2015 reboot. The images show combat scenes, post-apocalyptic vehicles, and the cast looking dirty, stern-faced, and battle-worn.