Share All sharing options for: T-Mobile no longer counts speed tests against your monthly data cap

Testing the download and upload speeds of your smartphone with apps like Speedtest will no longer count against your monthly data allowance on T-Mobile. The carrier has confirmed this change with Android Central, and says similar apps intended to help customers gauge network performance have also been "whitelisted" and will add nothing to their data usage totals. In the past, T-Mobile has relied on user-initiated tests from Speedtest to back claims that it offers the fastest 4G LTE data service in the United States.

"Millions of speed tests from real people using their own phones prove it," CEO John Legere said back in January. And now that subscribers don't need to worry about those tests affecting their data cap, they may be inclined to run them more often and give T-Mobile more data and potential ammunition for attacks against Verizon, AT&T, and Sprint. 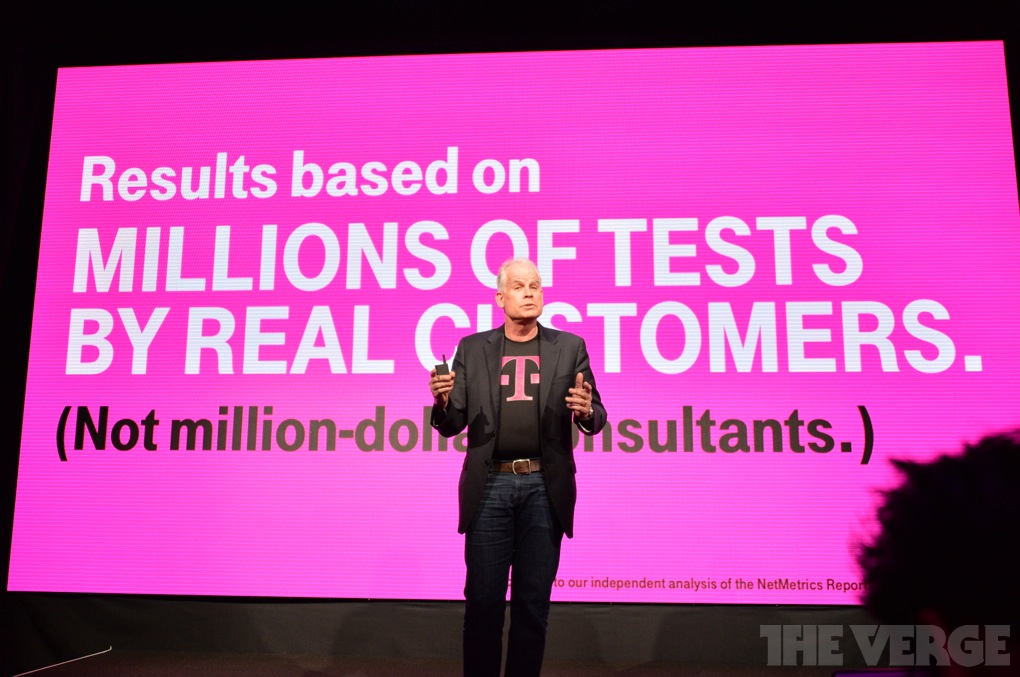 Power users may appreciate the new policy, but net neutrality advocates are sure to hate it. Yet again, T-Mobile is giving special treatment to certain data traveling over its network. Earlier this month, the carrier announced that popular music services like Spotify, Pandora, and iHeart Radio would similarly be exempted from data caps. T-Mobile's customers can now keep the music playing endlessly and save the rest of their monthly data allowance for other apps and services. Music fans are obviously thrilled with the move, but net neutrality backers aren't sharing in the enthusiasm.

For his part, Legere doesn't see any problem. "So you actually think somebody would have a net neutrality issue with you giving it to them for free?" he asked when The Verge brought up the issue at this month's event. "I don't foresee the Uncarrier's issues and what we're doing with the industry being other than something that the proponents of net neutrality would really be supportive of." T-Mobile's Mike Sievert jumped in here as well, highlighting that there are no financial dealings in place between the carrier and music services other than Rhapsody. "These principles are important. We respect them, [but] the customer is our north star," he said. But supporters of an open web would argue that he's missing the point. And while the Speedtest exemption is certainly a lesser offense, it's also proof that T-Mobile is willing to take data exemptions beyond music.