The National Security Agency has posted its first full transparency report. Posted on the official agency Tumblr, the report breaks out the total number of orders for 2013, broken out into FISA orders, National Security Letters, and government requests for business records. The office of the Director of National Intelligence said the report was part of a larger push for transparency within the agency, and would continue in the future. "We are releasing information related to the use of these important tools," the office said, "and will do so in the future on an annual basis." 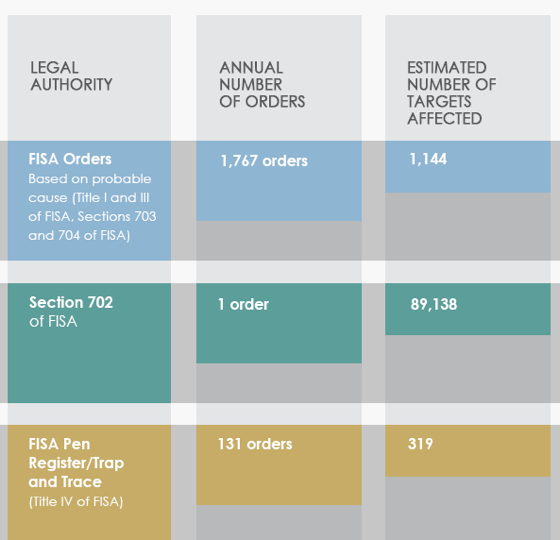 The word "target" is a little misleading, since the report makes clear that a single target "could be an individual person, a group, or an organization composed of multiple individuals or a foreign power that possesses or is likely to communicate foreign intelligence information." As a result, the 319 targets listed under the Trap and Trace program could potentially add up to thousands of people captured under various groups. The numbers also count analyst queries of existing data rather than the indiscriminate bulk collection that happens earlier in the process, and there may be further undisclosed programs that do not fall into the scope of this report. 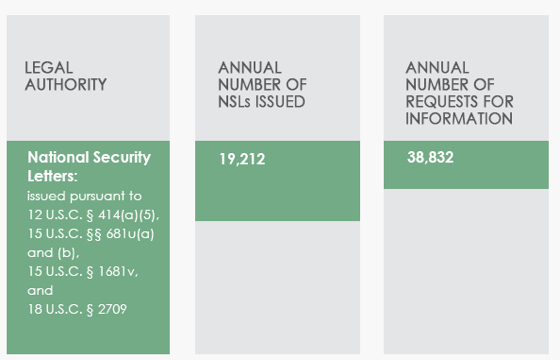 Google, Microsoft and other companies have released similar reports, but haven't been able to offer nearly the same level of detail, in accordance with a previous agreement with the Department of Justice. The agreement requires companies to report the same numbers in blocks of 500 or 1000, and lump many different forms of order together as one. As a result, this is the first time we've seen government orders broken out in this much detail.