Apple stopping development of Aperture and iPhoto for OS X

Share All sharing options for: Apple stopping development of Aperture and iPhoto for OS X

Apple provided the following statement regarding Aperture and iPhoto:

With the introduction of the new Photos app and iCloud Photo Library, enabling you to safely store all of your photos in iCloud and access them from anywhere, there will be no new development of Aperture. When Photos for OS X ships next year, users will be able to migrate their existing Aperture libraries to Photos for OS.

This isn't a huge surprise, as Aperture hasn't seen any major updates in quite some time and is beginning to feel somewhat out-of-date, but it's still unexpected to see the company complete cede the professional photo software space to competitors like Adobe's Lightroom.

It's also not terribly surprising to see iPhoto phased out in favor of the new Photos app (pictured below) — while Apple has continued updating iPhoto, it seems that the majority of its features will be found in Photos. Still, iPhoto is one of Apple's oldest brands and was a hallmark of its "digital hub" strategy for much of the last decade. What this means for iPhoto on iOS remains to be seen, but we wouldn't be surprised to see it fade into the background in favor of Apple's new solutions.

The company also confirmed that when users transition to the new Photos for OS X app, all their albums, folders, keywords and captions will be preserved. Apple also noted that any edits applied to photos will be retained non-destructively, so hopefully the transition won't be too difficult. Photo libraries have been able to be opened in both iPhoto and Aperture for some time now, so Apple obviously has some experience in making these sorts of transitions. 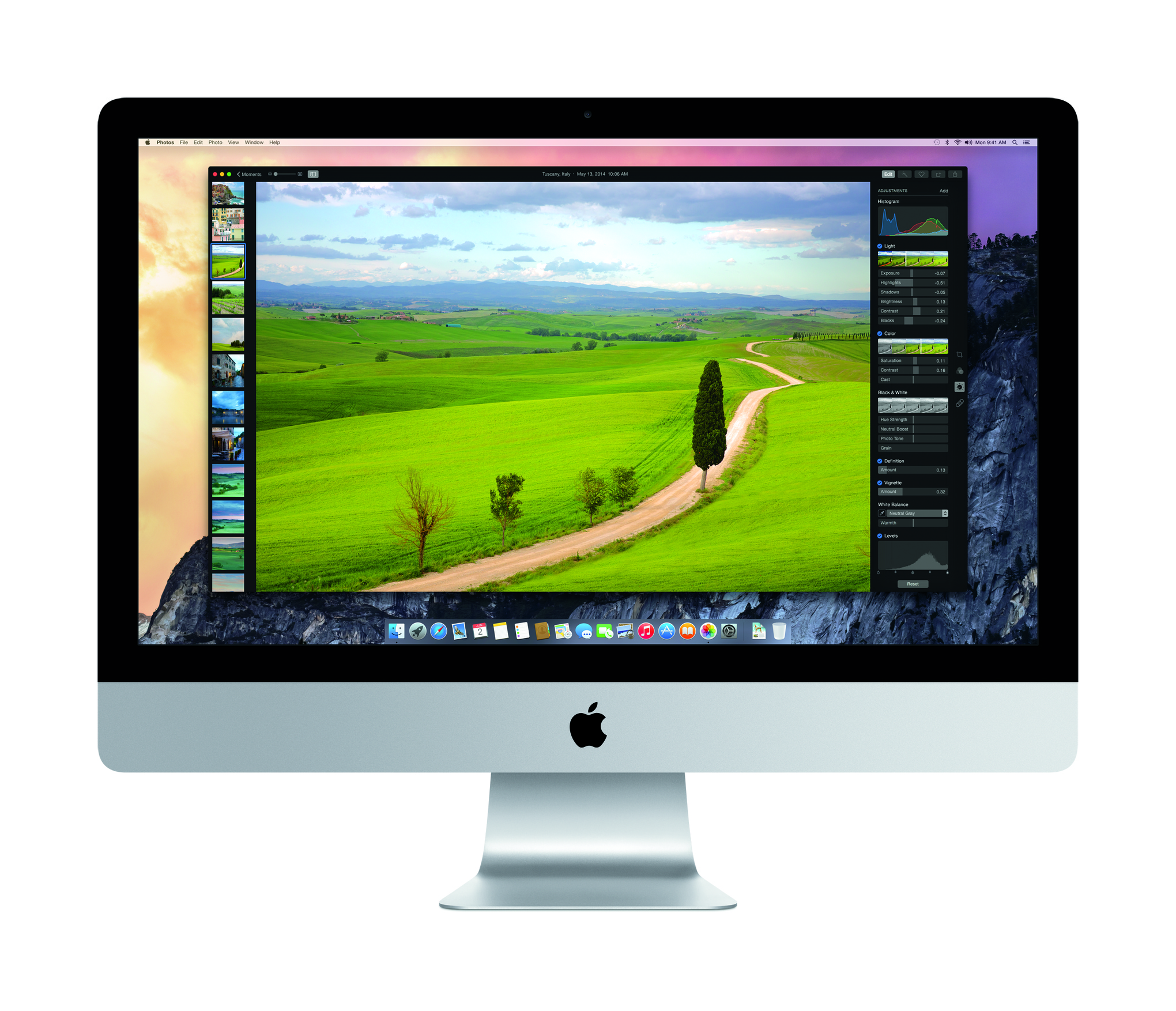