Three activist groups opposed to the NSA's mass surveillance programs flew a brightly colored airship over the agency's Utah data center today, displaying the message "NSA illegal spying below" for all to see. The Electronic Frontier Foundation, Greenpeace, and and the Tenth Amendment Center orchestrated the demonstration, using a 135-foot-long airship owned by Greenpeace. The airship also promoted the website Stand Against Spying — a collaborative effort between the three groups that allows visitors to look up whether or not their congressional representatives have opposed the recently unveiled government surveillance efforts. 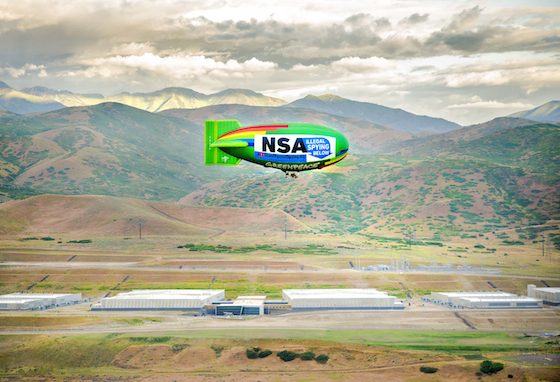