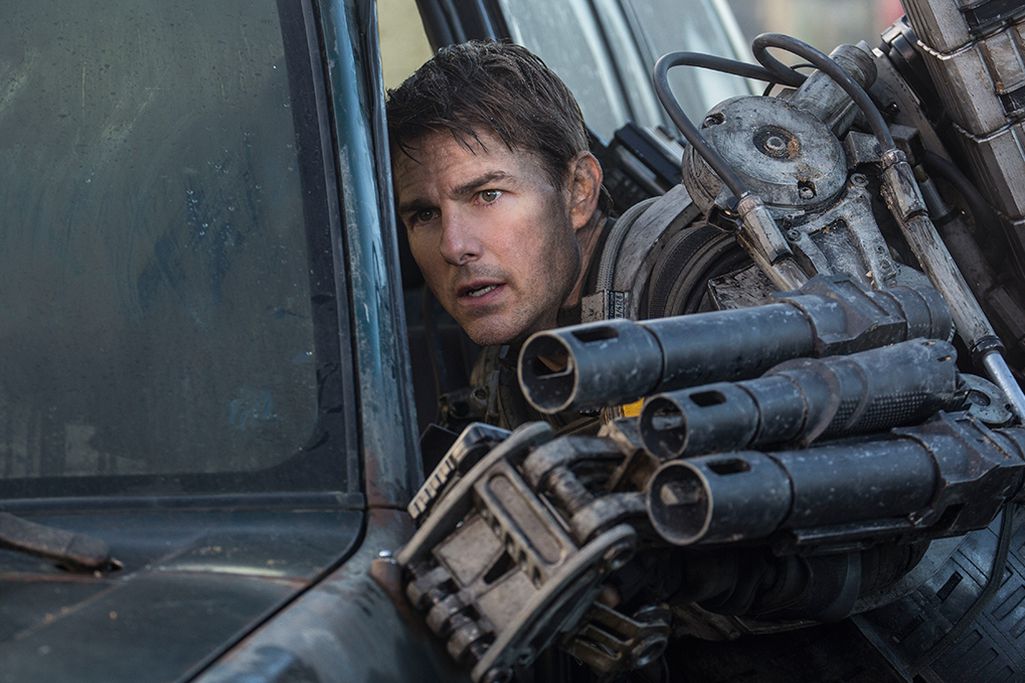 As he gets ready to turn 52 in July, Tom Cruise has settled into an impressive middle age. No longer the box-office titan he once was, he nonetheless remains an incredibly reliable on-screen presence. Like the San Antonio Spurs or late-period Sonic Youth, he doesn’t do anything that’s particularly surprising, but he’s done it so well for so long that we risk taking his excellence for granted.

Remarkably, aging hasn’t diminished Cruise’s appeal. He was his timeless kinetic self in 2011’s Mission: Impossible – Ghost Protocol, and even in a dud like Rock of Ages he gave his all in such a spellbinding way that you ended up rooting for him despite the movie. That’s definitely not a problem with his latest, Edge of Tomorrow, which is superb. Like Cruise himself at this stage of his career, the film’s concept ought to be played-out and obvious, but Edge of Tomorrow is much smarter and sharper than you’d expect. And much of its success comes from Cruise’s anchoring, fully engaged performance. 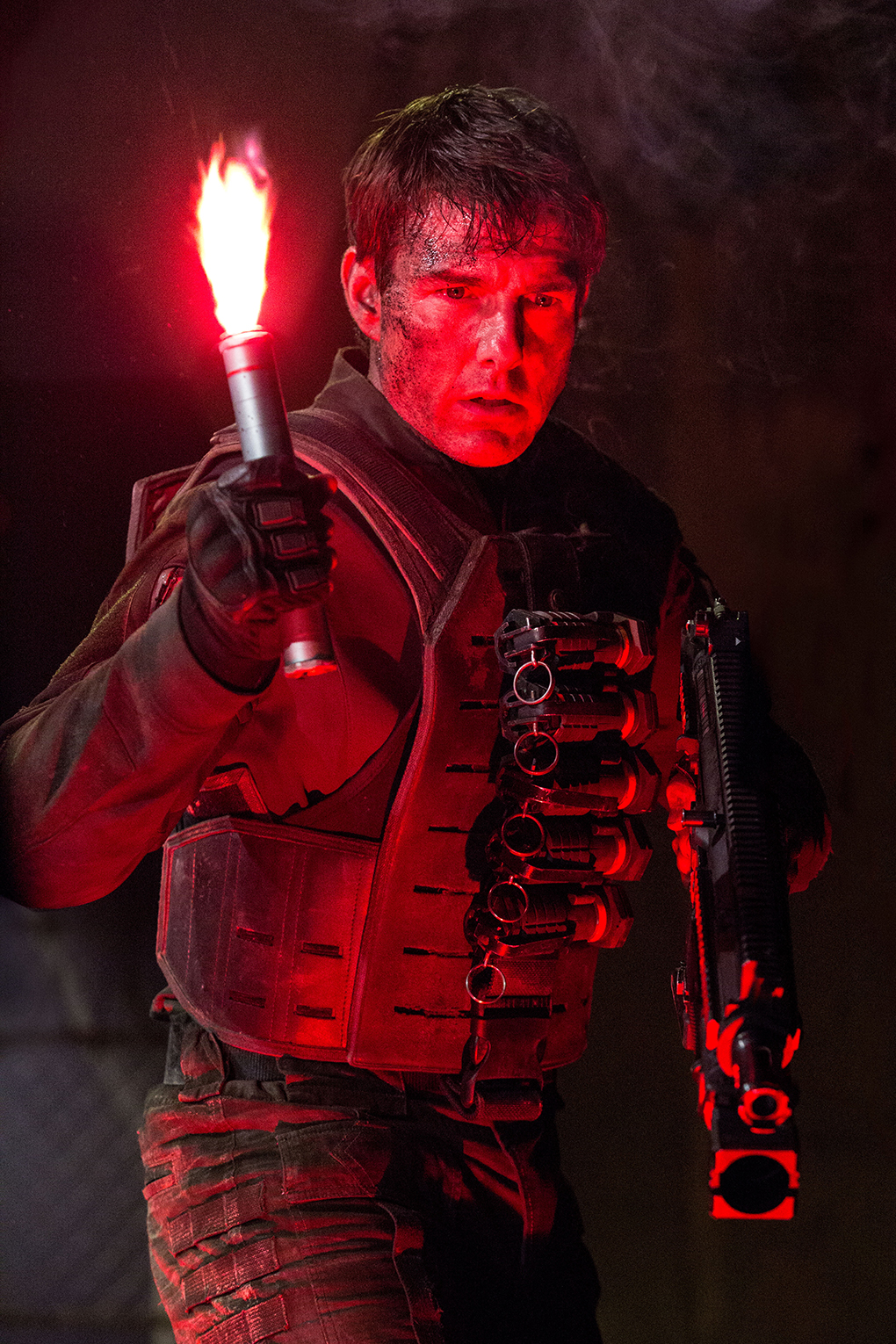 Set in the near future when an invading alien race has wiped out much of humanity over a five-year period, Edge of Tomorrow stars Cruise as William Cage, a US officer who’s essentially a high-ranking military spokesman. (Squeamish around blood and having never set foot on the battlefield, Cage ran an advertising firm before the war. He’s the type of slimy, smug salesman that Cruise’s Jerry Maguire character was trying to avoid becoming.) But after Cage pisses off a superior (Brendan Gleeson), he finds himself stripped of his rank and stationed on the front line for an attack that is humanity’s last, best chance to subdue this alien race, known as the Mimics. Strapped into a mechanized super-suit like his fellow infantry soldiers, Cage realizes he’s dead meat; he doesn’t even know how to activate his suit’s weapons.

But a funny thing happens on the way to Cage’s funeral. Seconds after dying in combat, he wakes up to discover that he’s back at the beginning of the previous day. No matter what Cage does, his death returns him to that same point, forcing him to relive the same period of time again and again. Unsure what’s going on and unable to convince anybody of what he’s experiencing, Cage finally finds an ally in a decorated soldier, Rita Vrataski (Emily Blunt), who once had the same inexplicable power that he has. Together, they have to figure out the right combination of moves that will keep Cage alive long enough to kill the Mimics’ queen, the Omega. 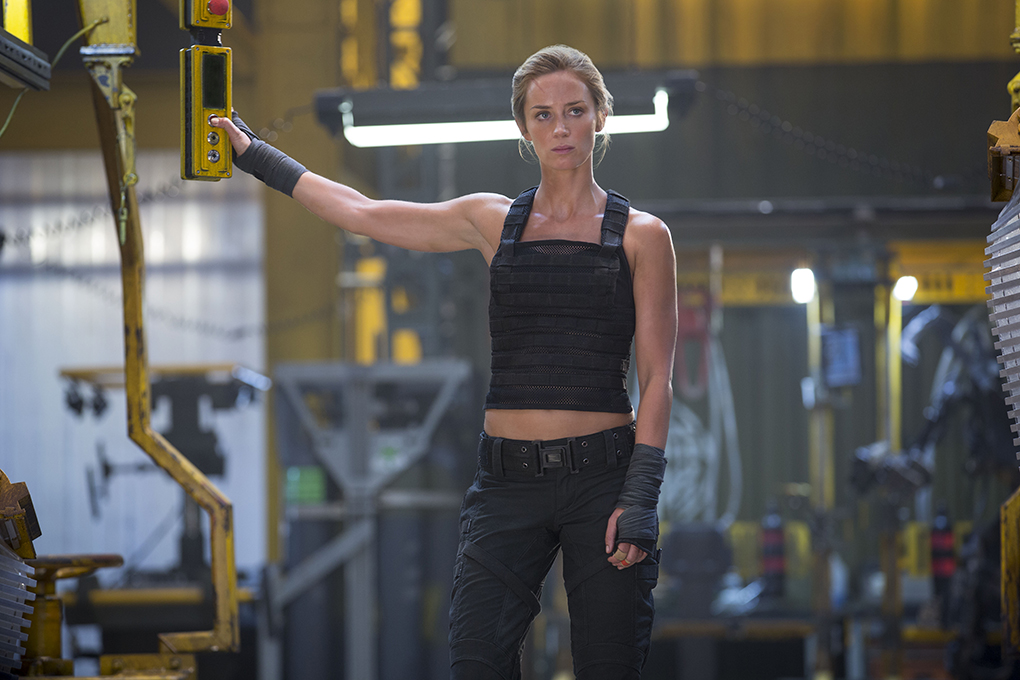 The battle scenes are like a sci-fi 'Saving Private Ryan' 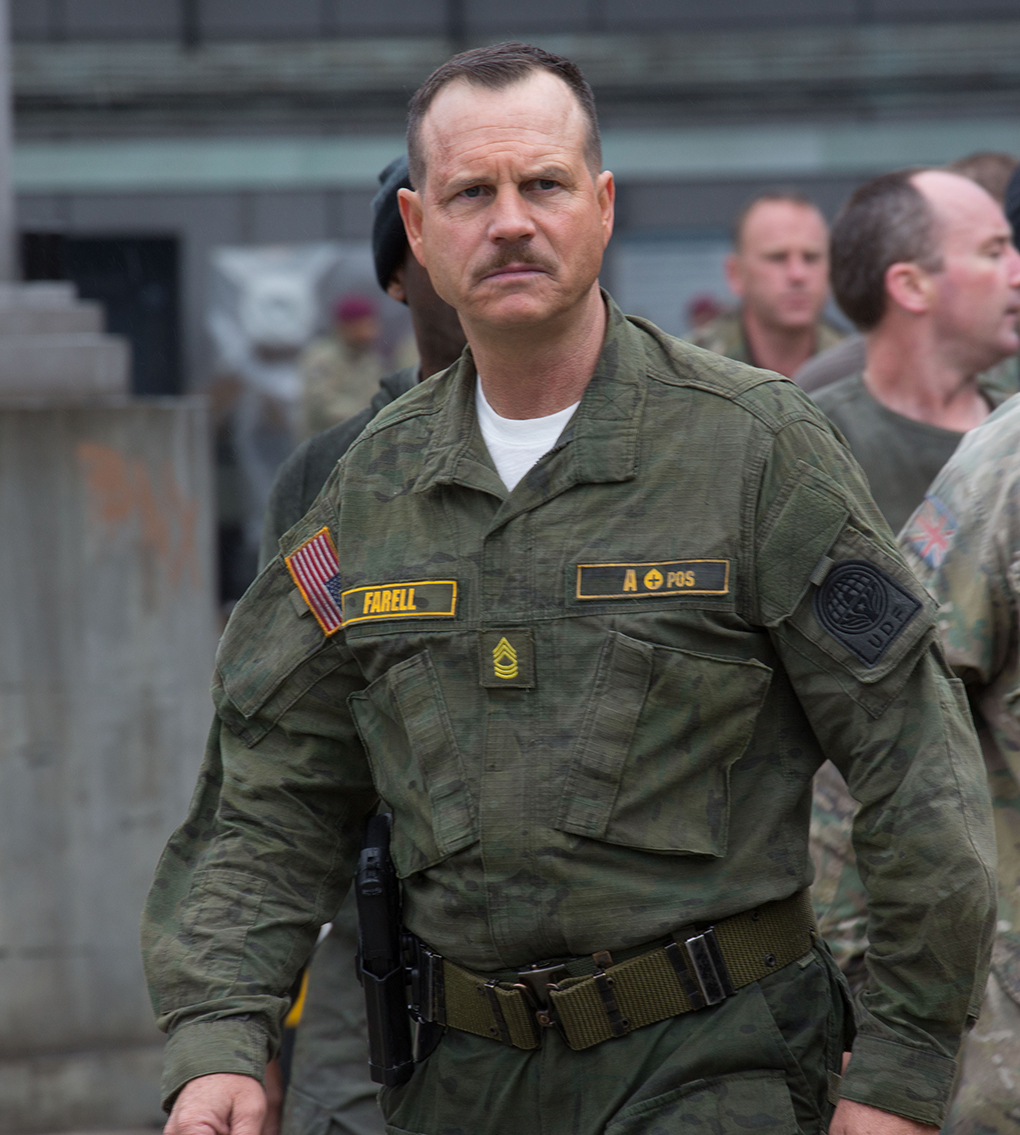 The Groundhog Day comparisons are unavoidable, but unlike that Bill Murray comedy Edge of Tomorrow isn’t about its main character learning to become a better person but, rather, learning how not to die. The movie is based on Hiroshi Sakurazaka’s sci-fi novel All You Need Is Kill, which was praised for a clever time-looping conceit that doubled as an apt metaphor for the monotony and pointlessness of war. Edge of Tomorrow has similar thematic undercurrents if you want to note them. (For instance, the chorus of Cage’s run-ins with a comic-blowhard commanding officer, played by Bill Paxton, slowly reveals itself to be a parody of every gung-ho war movie ever made.) But the film is more of a typical Cruise vehicle in that it focuses primarily on crafty, muscular sequences that are accented by the actor’s emotional intensity, lending the action an empathetic, human dimension.

Credited to three screenwriters, including The Usual Suspects Oscar-winner Christopher McQuarrie, Edge of Tomorrow gets a surprising amount of mileage out of its central premise. Even if you haven’t experienced this loop-de-loop conceit before, there’s a worry that the film’s repetition of events will become, well, repetitive. So tip your cap to director Doug Liman (The Bourne Identity, Mr & Mrs. Smith) and editor James Herbert for figuring out how to balance Cage’s growing frustration with moments of hopefulness as the character gradually makes progress toward finding the Omega. Some might complain that the film’s do-over premise is another example of Hollywood blockbusters cheapening the trauma and finality of death, but Edge of Tomorrow actually suggests a fate worse than dying: an unending purgatory in which unlimited second chances equate to infinite amounts of failure.

That existential notion girds the film’s teasing, puzzle-solving story, giving it a resonance to go along with Cage’s trial-and-error process. Liman choreographs the action sequences with a frenetic grandeur — Edge of Tomorrow’s battle scenes are like a sci-fi Saving Private Ryan — and his aliens are wonderfully terrifying monster-spiders, the best of their kind since Starship Troopers. Edge of Tomorrow gives Liman his biggest canvas, but his cold smarts and sneaky sense of humor aren’t lost in the process. No matter how convoluted some of the logic gets, the film always feels visually and narratively sophisticated where other summer tentpoles are merely lumbering and bludgeoning.

For a change, though, Cruise isn’t the all-confident hero: Cage is a coward and certainly too old to be a fighting soldier. But Cruise wears his limitations lightly. For the actor, human weaknesses like age or squeamishness are mere trifles to overcome, and his commitment to Cage’s buried decency gives the performance a rugged dignity. And Cruise has learned not to be a star who has to dominate his movies: Blunt’s hard-as-nails character gets all the best one-liners, while he uses his familiar, slightly hammy bug-eyed intensity to wring laughs from his character’s impossible situation. There’s been talk that Edge of Tomorrow could be one of the summer’s bigger bombs, and the tracking hasn’t been very promising so far. It would be ironic that after years of being one of the world’s biggest stars, Cruise could be entering a period where his work actually gets overlooked. If so, Edge of Tomorrow will be Exhibit A in the case for why he’s still killing it.

Doug Liman’s Edge of Tomorrow is now playing internationally. It opens in the US on June 6th. All images courtesy of Warner Bros.