Valve’s prototype virtual reality headset was originally revealed to select developers earlier this year behind closed doors, but the company is now starting to demonstrate an updated version in public. At a VR meetup in Boston yesterday, attendees were given an even closer look at Valve’s new headset. It appears that the latest prototype has changed significantly, with a separate camera used to track spots on the head-mounted display. It’s a similar system to Oculus’ latest Crystal Cove concept, and marks a change from Valve’s previous approach of using QR codes and a camera attached to the head-mounted display to improve tracking.

Reddit and Twitter users have posted a variety of photos showing the new headset, which doesn’t look as bulky as some of Valve’s earlier concepts. Valve has a Dota 2 demo "where you see the entire game arena sitting on a table in front of you and can bend down to inspect any piece of the action," according to one Reddit user. It’s still not clear if Valve will ever bring its virtual reality headset to market, despite the updates to its hardware. Valve has been a big proponent of VR, even working closely with Oculus, but its own headset is just a concept for now. With Facebook’s recent acquisition of Oculus, Valve's concept hardware could take a bigger step towards reality. 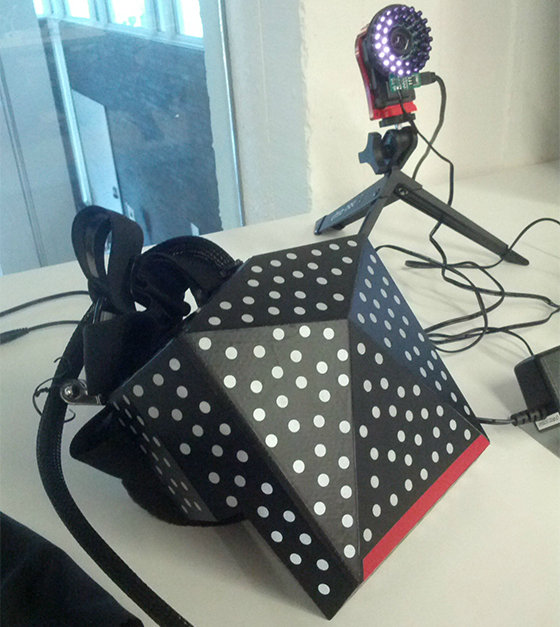