We knew that Han and the rest of the classic Star Wars crew were returning for Episode VII, and now it appears that Han's ship of choice is coming along for the ride too. TMZ has new photos of a huge prop under construction, and by all means it looks just like the Millennium Falcon. It's still far from complete — so we can't say definitively that this is it — but it looks like a match to our eyes. Others photos show an additional, unidentified craft under construction as well, which looks like a number of ships from the original films and draws elements from fighters like the X-wing.

Director J.J. Abrams' interest in having Episode VII following up the original trilogy makes the appearance of standbys like the Falcon all-too logical. Of course, with just how many ships there are in the Star Wars canon, it's a possible that these photos show something else, but we certainly wouldn't be surprised to see it turn up. Episode VII is scheduled to hit theaters on December 18th, 2015, and just yesterday, it added two new stars to its cast. 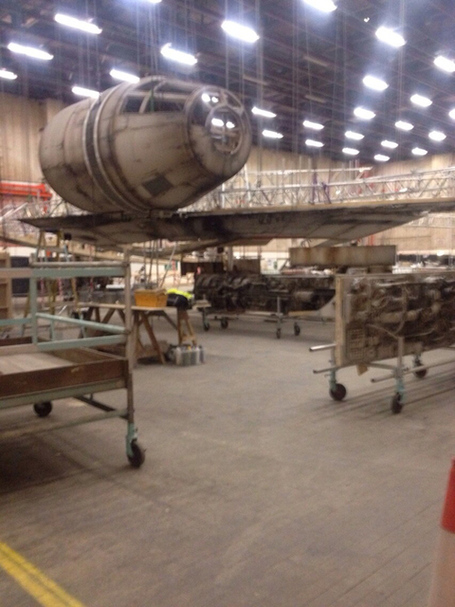 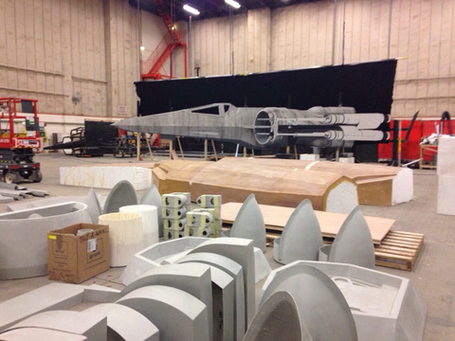