The iPhone's lockscreen has been hallowed ground for the types of information that can be displayed, though with iOS 8, Apple seems to be loosening up. The new software, which became available as a beta for developers yesterday, will show you the icon for apps — either installed, or not — that will work nearby, reports MacRumors. In screenshots of the early software build, that includes places like Starbucks, Apple stores, Costco retail locations, and even train stations. The new icon appears on the bottom left hand corner of the lockscreen, across from where Apple's kept the shortcut to the camera app.

The feature, which was not mentioned by Apple in its two-hour keynote yesterday, joins other location-aware capabilities in iOS, like iBeacon. On newer devices with Bluetooth LE, iBeacon will pop up with special notifications when you're nearby a transmitter. Major League ballparks, some retailers, and Apple have been installing them to transmit alerts and other information without going through Wi-Fi or carrier networks. Long before that, Apple tapped location information as part of Passbook, the company's virtual wallet for loyalty and membership cards, tickets, and boarding passes.

So I'm at the train station and #iOS8 shows me my most(?) use app! #nearby #app pic.twitter.com/kPLnYvr7xo 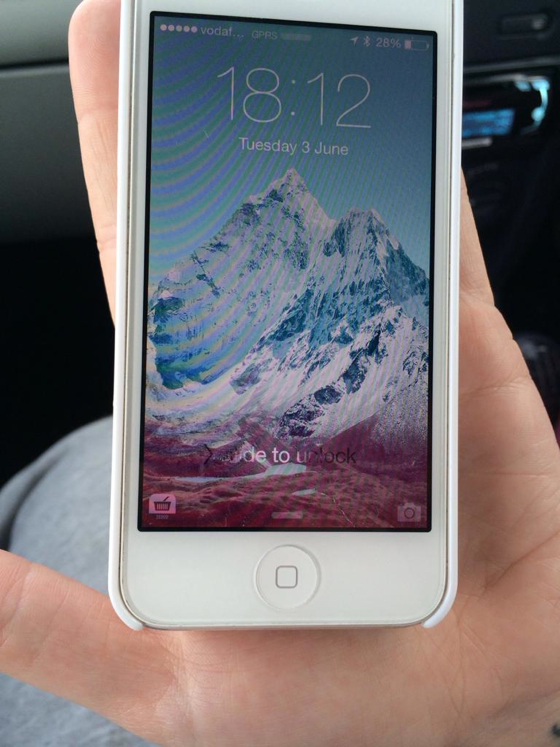