Smartwatches are here to stay, but what are they for?

I’ve been looking at my phone a lot less recently. Normally, no buzz in my pocket can go un-checked, no news alert or Snapchat unseen. But thanks to these watches I’ve been wearing, my phone spends a lot more time in my bag. I can just flick my wrist to see what’s going on.

Smartwatches have become a thing. They’re a thing because Google says so, because it just released Android Wear and unleashed a torrent of wrist-bound devices. As a result, we’re being forced to consider an important question: What is a smartwatch, anyway? Is it a computer or smartphone on our wrists, the Dick Tracy Two-Way Wrist Radio come to life? Or is it an ancillary device designed not to replace but to augment another device? Samsung’s Gear 2 lives on one extreme, the Pebble Steel on another. I think the answer lies somewhere in between.

I wear a watch every day, a simple black-and-silver Seiko model I’ve worn for years. I replaced it with a Pebble, then a Pebble Steel, then a Gear 2 and a Gear Fit. Nothing stuck, and I kept coming back to my analog wristwatch. As I strapped to my wrist the $199 Samsung Gear Live and the $229 LG G Watch, the first Android Wear devices to hit the market, I figured out why.

Android Wear has a future, maybe even a bright one, but only when Google and its partners remember why we wear watches in the first place.

Android Wear review: the everything inbox

The Gear Live and G Watch are, in most ways, virtually identical. They have the same processor and storage; they’re almost identical in weight and thickness. (They’re both a little bigger than the Pebble Steel, for what it’s worth, but not by any noticeable margin.) They’re water-resistant enough that you can shower with them on, and sturdy enough to take hiking. The only truly unique feature of any consequence is the Gear Live’s heart-rate monitor, which is a nice addition to the step-counter you’ll find in either device.

The Gear Live is by the far the flashier device, with chrome edges and a power button on the right side. (It comes in a cool-looking Red Wine color, too.) It looks like a radically simplified version of the Gear 2. The G Watch, on the other hand, is astoundingly nondescript. It’s a black (or white) rectangle that goes on your wrist, and exactly nothing more. It is, however, a slightly more wearable device than the Gear Live: Samsung’s watch has a rigid, rubber strap with two teeth that are hard to snap into place, and a curved shell that feels a little chunky on my wrist. The G Watch is more flexible and more comfortable. Luckily both are standard 22mm straps, and you can change either one to something more interesting.

Both get most of their design flair from their watchfaces: there a few available on both devices, and several more individual to each. LG’s are far catchier, cooler, and more modern. Of course, I prefer Samsung’s 1.63-inch AMOLED display, with its darker blacks and brighter whites, to LG’s slightly washed out 1.65-inch LCD. But since Samsung’s screen is slightly sharper (320 x 320 pixels instead of 280 x 280), all the touch targets are a little smaller and harder to tap. Using either one in bright sunlight is basically impossible, though, and yet somehow they’re both distressingly bright in the dark — to the point where you’ll have to cover your wrist or risk being called out.

Both the G Watch and Gear Live batteries always last a full day, even with constant use, and would occasionally last through part of the next. They’ll last a few days if you never touch them, but these are devices you’re meant to charge every night, in their awkward cradles next to your smartphone. That’s a feature I hope gets better in other watches, and quickly.

For all intents and purposes, these two watches are the same device

They have tiny tradeoffs, but in every way that matters, the G Watch and Gear Live are the same. Neither is anything like a handsome watch, neither will ever be mistaken for anything more expensive or classic. These watches are designed to get out of the way and let Android Wear work, to be as innocuous as possible and just do their job.

That’s the fundamental miscalculation about these devices. They’re not meant to be inconspicuous. It’s the software that’s meant to disappear, to only materialize when it’s useful and necessary. The strangest part about testing these watches was the sheer volume of time that went by without my doing anything. I loved getting flight status updates on my way to the airport, and saying “OK Google Now” and then texting a friend was really handy. When it works it’s exactly what I always wanted the Pebble Steel to be: aware, awake, and always guessing what I’m looking for. Most of the time, however, these smartwatches are just watches.

We’ve considered Android Wear on its own and in detail, but it’s important to understand just how intentional the lack of functionality is on the Gear Live and G Watch. Google wants smartwatches to be ambient, aware accessories that offer you bits of information — the time, the next event on your calendar, maybe traffic. There’s sometimes an option to quickly take action, but more often your only response is to put the watch down and move on with your life.

Ultimately a watch is about telling the time

I’d like for there to be more to do, and as developers get their hands on the watches there almost certainly will be more functionality in the watch itself. That won’t ever be the reason to buy these watches, though. You’ll buy them if and only if you trust Google to give you all the information you need exactly when you need it. Or you’ll buy an Android Wear watch if it’s just flat-out a nice watch.

Google does seem to understand that what it’s selling you is primarily a device for telling the time. When you look at your watch, you expect to see the time; everything else comes after. Google understands that, and Android Wear maintains it. The Gear Live and G Watch are always on, showing a simple black-and-white watchface while in “Ambient Mode.” There’s a power button on the Gear Live, but nothing on the G Watch — if you do dive deep into Settings and shut the device down, you literally can’t turn it back on without connecting it to the charger. It’s a paradigm shift, and Google’s thinking the right way, but it’s insane for LG to not offer a way to turn the device on and off.

I see the potential in Android Wear, but I don’t want to trade my watch for it. I want the best of both worlds — why can’t I have all this useful information inside a device that I want to have on my wrist even when I’m not using it? I’d gladly pay $199, $229, or far more for a device I wanted to wear and be seen wearing that also happened to provide the Android Wear experience. The billions of wristwatches sold around the world, and the astronomical prices they often command, suggest many others would too. Even the Pebble Steel’s design is far better, more like a luxury watch than a shrunken smartphone. It all makes me hope that the likes of Seiko and Breitling are already at work blending their luxury with Android Wear’s utility.

If the crowd at Google I/O is any indication, buyers are already clamoring for a better option. When Google’s Sundar Pichai announced attendees would receive a free Moto 360, he got the biggest cheer of the keynote. When he finished his sentence with “… later this summer,” a groan swept around the room. Later, on the show floor, next to a G Watch table and with the Gear Live on prominent display, the longest lines formed near Motorola reps with 360s on their wrists.

The reason the 360 is so enticing, said Lior Ron, CVP of Product at Motorola, is that it’s beautiful. That’s more important on a watch than most technology companies understand. “We put something on us,” he told me, “that says something about us.” So Motorola decided from day one to build a watch. Not a smartwatch, not a computer on your wrist. A watch. Everything else followed from that.

Of course, the Moto 360 likely won’t solve all the world’s smartwatch problems. There’s still much unknown about the device, many things that may be much worse than the G Watch or the Gear Live. Product aside, however, the faster other companies get in line with Motorola’s way of thinking — that they must earn their place on my wrist with the hardware first and the functionality second — the faster Android Wear will become more than the province of notification-hungry early adopters.

Our review of Samsung Gear Live 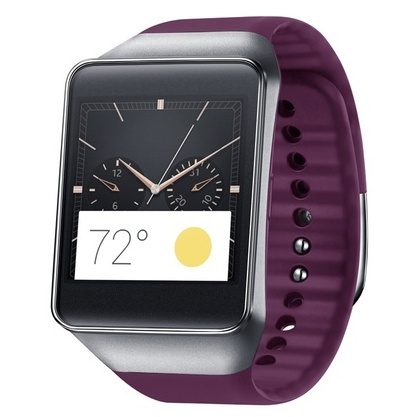 Here’s what I believe a smartwatch should be. It should be simple, never involving a lot of back-and-forth to do anything. It should be proactive, telling me what I need to know without me asking or even knowing I should ask. It should be powerful, but quietly so, doing most of the work without involving me in the process. Most of all, it should be beautiful. It should feel like a luxury device, like a fashion item, like something I want to wear on my wrist regardless of what it does while it’s there. Because a watch is a deeply personal item, a part of the way I look and am perceived, and I’m not going to sacrifice that to make archiving an email a little easier.

It's smart enough, but not watch enough

I like a lot of things about Android Wear, and a few things about the Gear Live and G Watch. I like that they’ve made me look at my phone less. They’re simple, inoffensive devices that do their jobs well. And at $199 and $229, respectively, they’re a relatively affordable way to get a first taste at our wearable future. If I were buying one today, I’d buy the Gear Live: I like the design, I like the screen. But neither current model inspires any attachment, any excitement, any reaction at all. They’re just empty vessels for Android Wear, not devices I’m proud to display on my arm. And that’s the wrong approach.

Maybe it’ll be the Moto 360, maybe it’ll be something else. But until I see a smartwatch that makes me do a double-take and then fling my wallet at a store clerk, my Seiko stays firmly on my wrist. It doesn’t do much, but it looks awesome. And that’s kind of the whole point.

LG forgot to put designers on its smartwatch project

Our review of LG G Watch 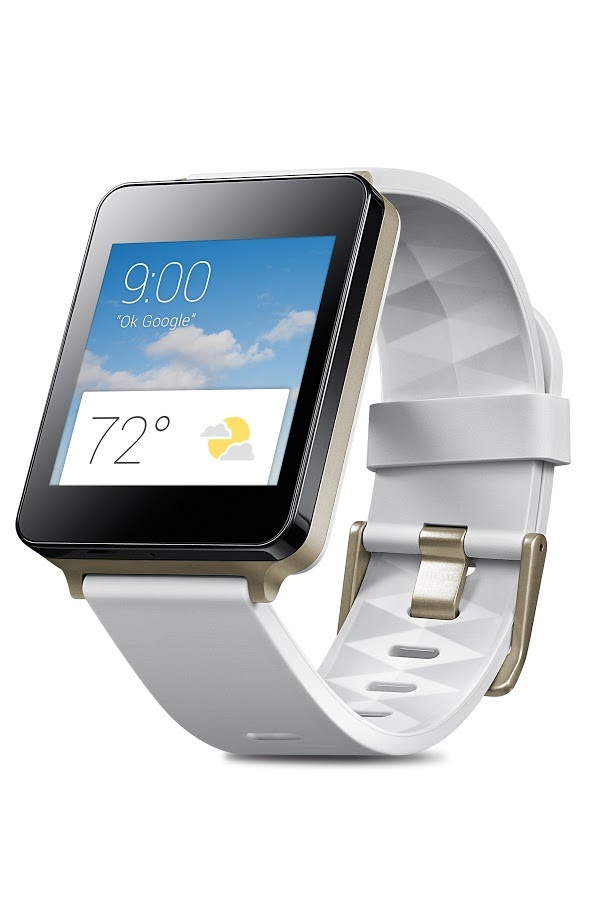