Google puts all 12 World Cup stadiums, other parts of Brazil in Street View

Google puts all 12 World Cup stadiums, other parts of Brazil in Street View

The World Cup begins next week, and ahead of the the first match, Google's put out full Street View imagery of the 12 World Cup stadiums and surrounding areas. That includes painted streets and points of interest around Brazil, as well as what Google says is new imagery in Chile, Colombia, Mexico, and Peru. Google did the same thing four years ago at the last World Cup competition in South Africa, doing Street View on 10 of the stadiums as well as the host cities. The first match begins next Thursday when Brazil goes up against Croatia. 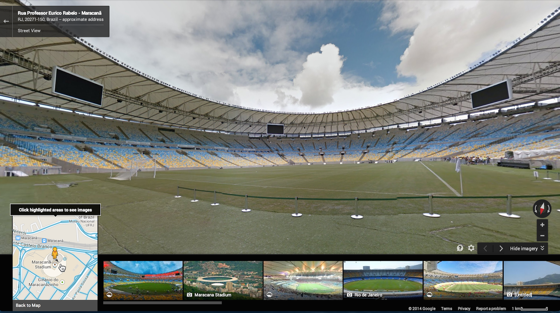