The World Cup is the biggest single sporting event in the world, and that means one thing for the TV industry — it’s the biggest opportunity to sell new sets. There’s no better way to show off your 85-inch panel than calling your friends over to shout for the USA against Germany, or England versus Italy. "We expect the demand for TVs to increase considerably due to the upcoming World Cup matches," said Samsung VP Simon Sung on the company’s last earnings call.

Samsung believes that "the UHD TV era will unfold this year"

And this is a year in which TV makers have been pushing upgrades harder than ever. Ultra High Definition (UHD), or 4K, sets dominated CES 2014, and are now becoming available at reasonably affordable prices. "We believe that the UHD TV era will unfold this year," Samsung tells The Verge. Sony agrees: it "finds opportunity in the World Cup as a vehicle to introduce our new technologies." A new TV format on the market in time for this year's World Cup in Brazil sounds like perfect timing.

There’s just one problem — you can’t actually watch the World Cup in 4K.

At least, not in the way you would want and expect. Only three matches will actually be filmed in the format, with Sony handling the production; these will form part of the official World Cup documentary movie, which you’ll be able to download at some point after the tournament is over. Brazilian network Globo will also screen these games on outdoor 4K displays in Rio de Janeiro. But there won’t be any live streaming or broadcasts to the home, meaning anyone planning to watch the tournament on their new 4K set will have to make do with regular 720p channels. Sony declined to comment on the specifics of its 4K broadcasting technology and World Cup plans, except to say that UHD sports production is an "important strategic area" for the company. 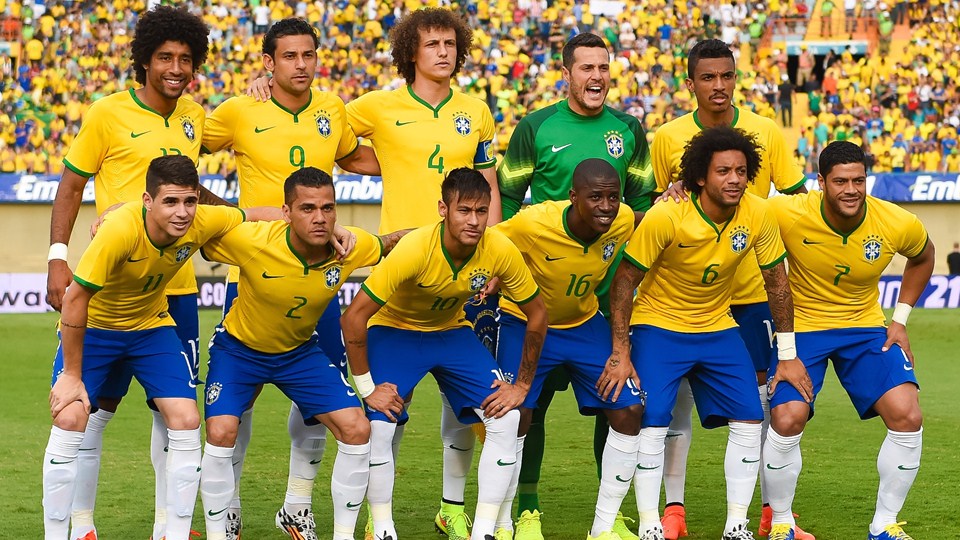 "Sport, and the major events like the World Cup and Olympics, is a huge driver for take up of new technology," says Dave Gordon, a sports broadcasting consultant who led the BBC’s coverage of major events for over a decade. "However it has to be live and you need a huge amount of capacity to distribute it." That’s the main issue — broadcasters just don’t have the bandwidth right now. Even 1080p, the native resolution of most TVs sold today, is seen as too much of a strain to send over the air for regular programming.

It’s an altogether different situation from two years ago, where TV makers and stations alike were pushing 3D for the 2012 Olympic Games in London. The BBC’s efforts in this space were "not a real success, with limited viewing," says Gordon. "We only did so because we had to be seen to be at the cutting edge of all technologies for a home Games and we would have been criticized by the industry if we hadn’t." This time around the BBC is conducting experimental 4K broadcasts to closed locations, but decided against public screenings because of "logistical issues."

Samsung is touting a "soccer mode" on its 2014 TV lineup

It’s understandable that those in the market for a new TV would want to future-proof themselves with a 4K panel, so companies aren’t letting the lack of native 4K content dissuade them from pushing UHD TVs alongside the World Cup. Sony tells The Verge that it expects the tournament to boost sales of 1080p sets as well as 4K models. Samsung, meanwhile, is touting the "Soccer Mode" on its 2014 lineup, which it says "delivers crisper picture quality to ensure the viewer experiences a greener shade of grass, more lifelike details of the players, and vivid sound that makes people at home feel as if they are actually at the stadium."

That may not be the most convincing pitch, but 4K TVs can still deliver better-than-HD results by upscaling the content to fit the higher resolution — at least in theory. Unlike Sony, Samsung has no solution for providing native 4K content, but instead is claiming its upscaling technology as a selling point. "In the short term, due to the shortage of available UHD content in the market, the need for upscaling content is quite high," says a representative. "This is where Samsung has excelled, with our upscaling technology receiving high praise." 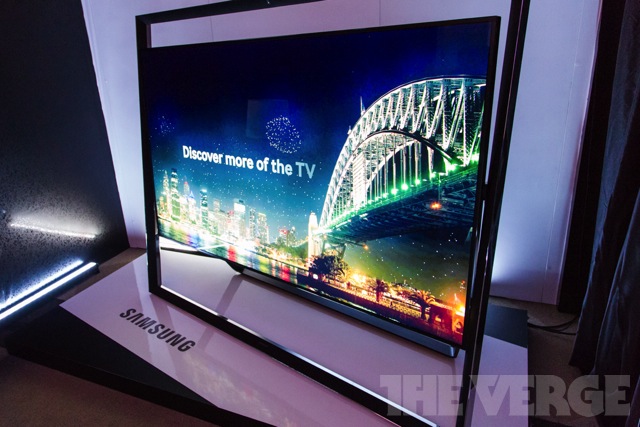 Still, none of this is likely to excite many people into buying a UHD set, and broadcasters have been slow to announce solid plans for upgrading their infrastructure. The best bet may be streaming over the internet — Netflix made waves at CES 2014 with its push into 4K content, letting those with the right hardware watch shows like House of Cards and Breaking Bad in the higher resolution. But the company is unlikely to expand into live TV any time soon, says chief product officer Neil Hunt, who believes Netflix’s advantage is in on-demand content with a long shelf life.

"Once you've broadcast it once, a second or a third showing falls increasingly on starving ground," he says. "You've used up the audience who were prepared to tune in, the audience gets more and more scattered and dispersed, so it's hard to reach them. So the long-shelf-life content is where we think we have an advantage." The rights for live sports events are also hugely expensive to acquire, so it may not make sense for the likes of Netflix to get involved just yet. Instead, the company is representing sports with content like This Is Not A Ball, a documentary about the history of the soccer ball that will premiere on June 13th.

Live 4K becomes possible "once super-fast, high-capacity broadband is rolled out to every home"

That’s not to say the internet won’t play a role in getting 4K content into the home. The BBC and Japan’s NHK collaborated on 8K broadcast experiments for the 2012 Olympics, using university network Janet to beam "Super Hi-Vision" live images into theaters around the UK, with NBC taking a feed to the US. "Once super-fast, high-capacity broadband is rolled out to every home, then live 4K and 8K coverage of sport in living rooms becomes a real possibility," says Gordon, though he doesn’t have an estimate of what kind of speeds would be needed. But he believes the experimentation was "truly sensational… [it] set the standards for the future and could very well be the ‘big idea’ for the 2020 Olympics in Tokyo."

Six years is a long time to wait to get the most out of a TV, though, and 4K remains very much in the realm of the early adopter. The documentary film may be the highest-profile UHD content to date, and Samsung believes that World Cup footage will "accelerate the UHD content standardization process." But it’s far from a curtain-raiser for the new technology, and if anything highlights just how far we have to go until 4K reaches the mainstream. If you’re happy enough with your regular TV, rest assured that when the World Cup kicks off next week, you’re not going to miss out on much.