You should be reading tween hacker magazines from the 1980s

You should be reading tween hacker magazines from the 1980s

It was the mid-1980s, and Matthew Broderick had barely averted nuclear war in WarGames. Congress was passing the first computer fraud laws, which would be used in 1989 to indict the man who semi-inadvertently released the first internet worm. And children across the country were figuring out how to be hackers. Meryl Alper of USC's Annenberg School for Communication and Journalism has taken a fascinating look at the computer magazines aimed at teens and preteens in the 1980s, after the idea of computer hacking was on the radar but before the high-profile arrests of the late '80s and early '90s.

Alper's analysis of hacking magazines finds an involved debate about what exactly it meant to be a "hacker," whether the term was appropriate at all, and where the hacker ethos, which prized curiosity and tinkering, edged into amorality. Titles like K-Power profiled entrepreneurs, teens fighting software piracy, and "reformed" hackers who protected the systems they once broke into. Hackers were praised as computer geniuses — and, in the wake of WarGames, cool — but they also often weren't portrayed as the lone wolves we often associate with the term. Computers in general were a wholesome hobby for children from (frequently but not exclusively) upper-middle-class families, who were, of course, the ones who could afford the products advertised in the magazines. 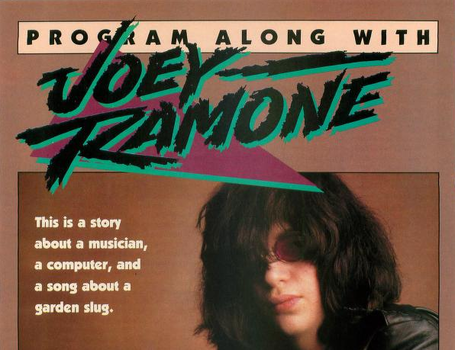 And then there's the corny clip art and avuncular writing, as found in a contest collecting "original hacker slang":

Do you spend hours modeming, programming, and tweaking? Would you rather be computing than almost anything? Yeah? Well, then you and your computer pals are part of the whole new breed called . . . er . . . computer maniacs? . . . whiz kids? . . . hackers? . . . computer nuts? . . . enthusiasts? This terminology business is a real dilemma. Nerd is a stupid word that we hope is on its way out. Hacker is misused. "Whiz Kids" is the name of a TV show. The rest are labels noncomputing people have tacked onto serious computer users. Isn't it about time we thought of something new?

Alper prints plenty of gems, but the Internet Archive's computer magazine collection holds as much material as you would probably ever want to read, including K-Power, Enter, Micro Kids, and Family Computing, published by the likes of Scholastic and Sesame Street producer Children's Television Workshop. Beyond the nostalgia value and the sometimes terrible, sometimes great art, you can get a look at the cultural context of the personal computer boom, the post-Atari crash gaming scene, and the growth of networked computing — these were, keep in mind, being published within a couple of years of Neuromancer in 1984.

By the late 1980s, companies and law enforcement increasingly saw hacking as a serious threat to the internet, something Bruce Sterling would chronicle in his 1992 book The Hacker Crackdown. All of which is, also, available free online.