The best smart home products you haven't heard of

The best smart home products you haven't heard of

The smart home is the future — and it's almost here. Early adopters have begun to automate some of the electronics in their home, but so far it's a bit fragmented; with so many brands competing for space in your home, there's even competition to be the method of communication between these devices. Until one platform wins out and becomes the de facto language of the smart home, the connected dream is only partially available to us.

This week Apple brought new hope to the space with the announcement of its HomeKit framework, which aims to solve the problem. HomeKit gives iPhone and iPad customers a central place and language for all smart home devices to use. HomeKit won’t officially be available until sometime this fall, and some details are still not clear — but makers of smart home products are not slowing down. The success of the smartphone has given the smart home industry a second wind by creating a natural interface for customers to interact with their products.

You've probably seen Philips' fancy Hue light bulbs, and you might even own something from Sonos' lineup of wireless speaker products. But the smart home already goes much deeper and wider; here are some products that haven't gotten as much attention but may have just as much effect on how you live at home.

Take something simple like a probe thermometer and connect it to smart-device — now you can get back to your friends instead of standing over the grill. The iGrill2 can monitor as many as four different things at once, and you won't smell like a bag of charcoal when everything is ready. And the companion app lets you know when to pull those steaks so they don’t overcook. In your future smart home, you’re much more relaxed. 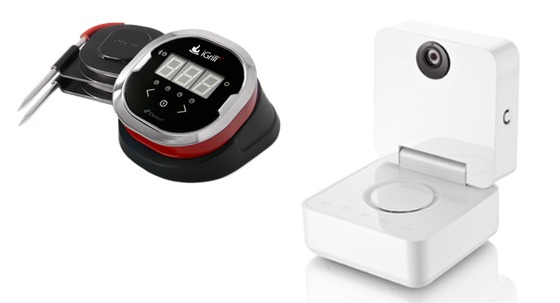 New parents need their sleep, and the Withings Smart Baby Monitor hopes to keep them from having to get up half a dozen times a night. Like many other high-end monitors, it has a camera so that parents can quickly see and hear how their newborn is doing. But the Smart Baby Monitor also includes sensors for temperature and humidity, alerting parents when things are off. You can even speak directly to your baby (or cat, I guess) to calm it back to sleep without ever leaving your own bed. 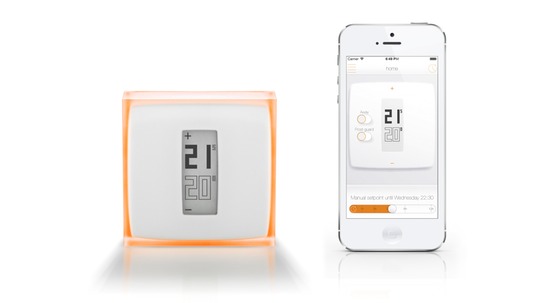 One of the most recent nuisances in your house to get the smart-home makeover is the thermostat. Nest introduced its smart thermostat in 2011 and quickly became the gold-standard in the category. It's exactly what you’d expect from a smart thermostat: it uses intelligent sensors and software to automatically control the temperature of your home based on your routine. If you live in an older home or apartment without the niceties of central air conditioning, though, there are simpler options available. Netatmo’s Smart Thermostat is made for people who need to control a central heating source, like a boiler or radiator. Similar to the Nest Thermostat, it evaluates the outside temperature and other variables to automatically suggest a plan for saving money on your energy bill. 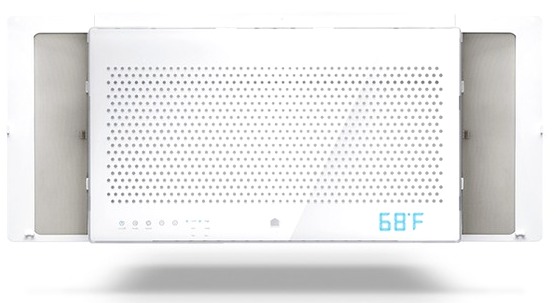 It was just a couple years ago that Friedrich introduced its Kuhl series of Wi-Fi enabled window air conditioners and since then many other A/C makers have joined in. GE and design firm Quirky partnered together earlier this year to introduce their take on the smart window A/C. The Aros, like the Kuhl series before it, puts a major focus on design. (No one wants to look at a big ugly hunk of plastic shoved in their window.) But the Aros attempts to be more than just nice on the eyes. It adds in Nest-like functionality, using power only when you're in the room, and includes an app that will keep track of how much you spend on energy each month and give setting suggestions to help you save money. 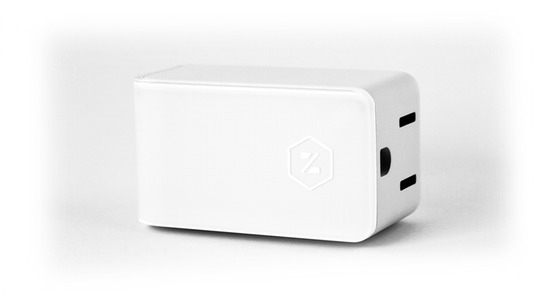 Even when they're available, we can't just instantly replace ever single device in our house with a newer smart-enabled version. But smart switches like Zuli’s Smartplug provide a simple stop-gap: plug your non-smart device into the Smartplug first, and then into an outlet for power, and any item gets a lot smarter. The Smartplug uses motion sensing to power things down when you’re not around, and it can even provide a real-time and historical measurement of your power use.

Saving power is one of the most obvious ways to save money in your future smart home. But the solution's not always as clear. The windows in your home, for example, let in about 40 percent of unwanted heat in the warm summer months. Simply closing the shades can have a big impact on your utility bill, but Sonte’s Smart Film is one of the more clever ways to get light and stay cool all at once. Instead of buying all new windows or remote-controlled window shades, you can apply Sonte’s Wi-Fi-enabled Smart Film right onto your existing windows, allowing you to remotely flip between transparent and non-transparent modes. In its non-transparent mode the Smart Film reduces the amount of light (and heat) traveling through your windows. Smart Film can also be used to provide more privacy to areas when they are in use, like the bathroom.

Most homes come with a pre-installed notification system – commonly referred to as "the doorbell." Unfortunately, the amount of information it's able to provide is pretty shallow. The Skybell, on the other hand, can let you know that someone is near your door before they even ring. It has a built-in camera, speaker, and microphone so you can ignore those visitors you’d rather not see or round up the troops for your family’s annual Girl Scout Cookie investment.

It’s pretty likely that the oldest technology in your home is also the one responsible for your home’s first line of defense against a break in. The door locks we use today haven’t changed much at all since their introduction in the late 18th century. New key types with embedded electronic codings make it more difficult to pick locks, but the idea is still the same. And if you lose or misplace the key you’re out of luck. Just in the last year, however, well-known lock manufactures like Schlage and Kwikset have announced locks that actual change the way we interact with them. One of the more interesting offerings comes from a newcomer to the lock industry: the August Smart Lock senses your approach by communicating with your smartphone so that your door is unlocked right before you get there. It can sense when you’ve closed the door behind you and automatically lock up for you. Using its companion app you can send out virtual keys to your dog walker or visiting friend from out of town and even keep a log of all the activity. 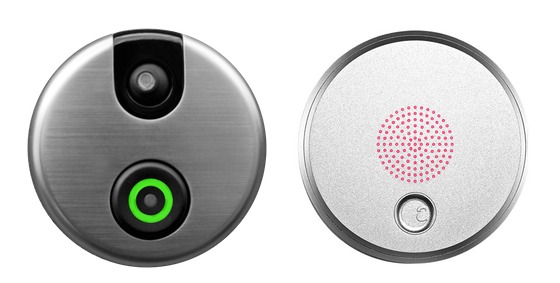 It's already possible to have a home that is almost entirely intelligent, but it's still too much work. When HomeKit is released this fall it could add even more features and interactivity to these devices, but it might also add some much-needed simplicity. Instead of waking you up in the middle of the night to tell you the baby's room is getting too cold, the Smart Baby Monitor could simply make the appropriate adjustment to your smart thermostat. With all the smart hardware we have available now there are so many possibilities. Apple isn't the first company to try to solve the connectivity issue – startups like Revolv and SmartThings have hardware solutions aiming to bring your smart home together – but a platform as large as Apple's could make our homes both smart and friendly. That's when things get really interesting.