Elon Musk can no longer say that no one's ever died in a Tesla automobile crash. But few people will be pointing fingers at the electric car maker for this senseless tragedy. Earlier this month, 26-year-old Joshua Slot managed to successfully ride off with a Model S he'd stolen from a Tesla service center in Los Angeles, but police quickly spotted the luxury vehicle and gave chase. According to Park Labrea News, the high-speed pursuit was eventually called off after officers were involved in a fender bender of their own, leaving the police department strained for resources and without any feasible way of catching up to Slot. Reports claim he was traveling at speeds of "nearly 100 mph," but losing the police tail apparently didn't convince Slot to hit the brakes.

Instead he sped on, eventually colliding with three other vehicles and a pair of street poles. The final impact was severe enough to "split the Tesla in half" and eject Slot from the car's remains. The Tesla's front section wound up in the middle of the road and caught fire. Its rear portion flew through the air with such force that it slammed into the side of a local Jewish community center and became wedged there. 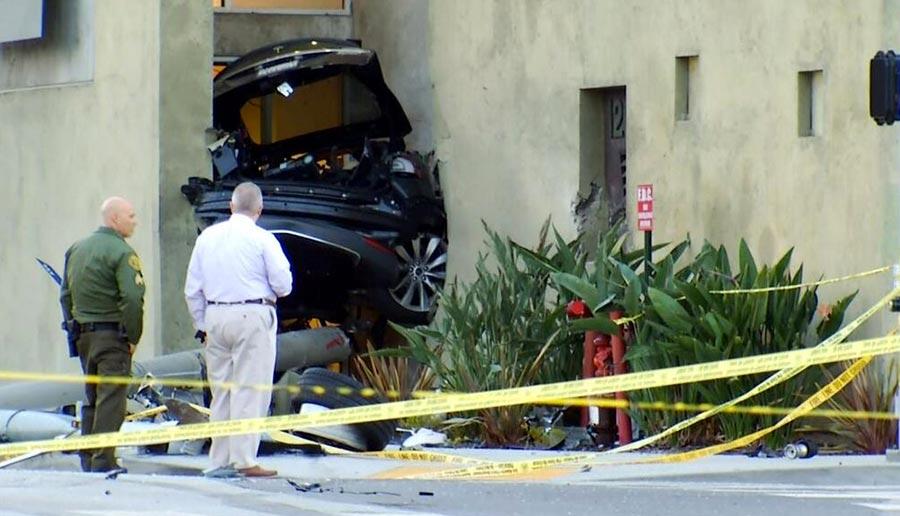 Five other people were injured during the ordeal, but they've since been released from treatment. Emergency responders suspected that Slot was already dead when they arrived at the debris-littered scene. But he wasn't. Perhaps it's a testament to Tesla's safety measures that Slot remained alive and was briefly resuscitated en route to the hospital. Ultimately though, he succumbed to his injuries and died on Monday. It's the first publicly reported death of someone behind the wheel of a Model S.

Earlier this year, Tesla announced it would be adding a titanium shield to the Model S underbelly to guard against battery fires, a problem that arose in some early accidents involving the car. Tesla's vehicles have otherwise gained stellar safety marks across the board, something that Musk is often quick to highlight. Sadly there's nothing the company could have done to prevent this devastating crash.