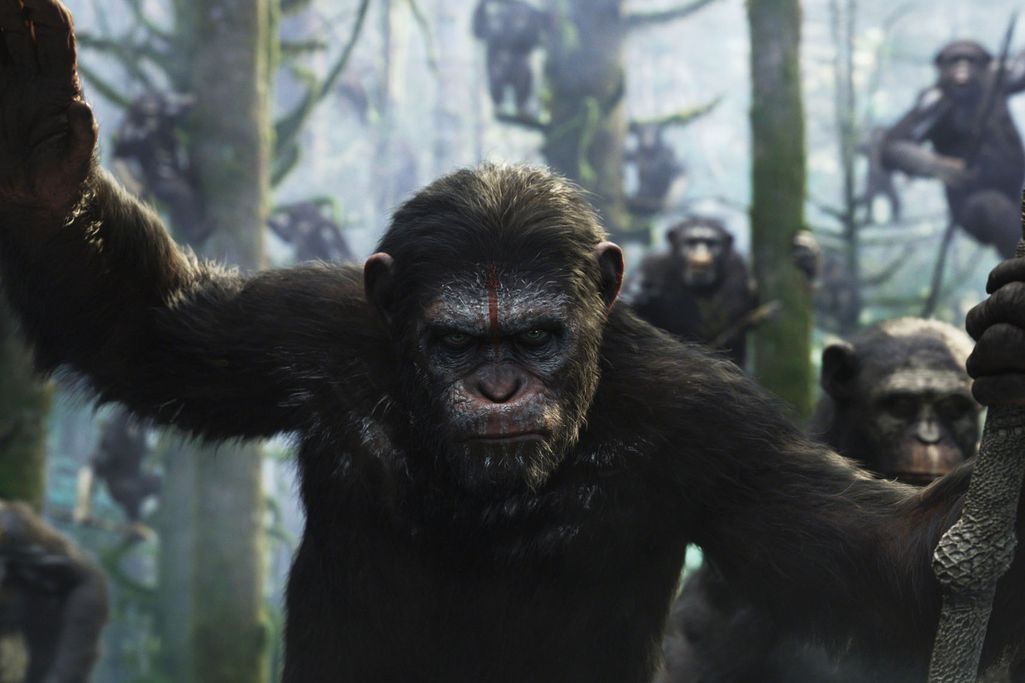 You might expect a human to be the star of a movie about humanity’s survival. It’s telling, then, that Dawn of the Planet of the Apes focuses on a single ape — and a talking, digital ape at that. It’s a setup that has the potential to be goofy, if not wholly off-putting. But as it turns out, Dawn of The Planet of the Apes isn’t a story about humanity’s attempted survival — it’s a story about its self-inflicted destruction.

Dawn of the Planet of the Apes picks up a decade after the events of 2011's Rise of the Planet of the Apes, though you don’t need to see Rise to appreciate Dawn. In the first film, humans gave the apes their intelligence with an experimental drug. Ten years later, humans have largely been wiped out by contagious and deadly side effects of the same experiment. Dawn tells the story of how the declining humans and the ascendant apes come to be at war. 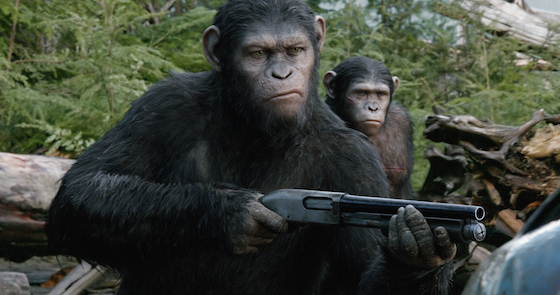 The apes are treated with sympathy, despite their inevitable rule over man

What was surprising in Rise and what continues to be surprising here is the extent to which the movie approaches the apes with sympathy: the apes aren't some hyper-aggressive mutants. They're actually quite rational and forgiving — far more so than many of the humans we meet. They've experienced human cruelty and imprisonment, and now they just want to be free. That fills Dawn with a quiet tension: there is a dearly delicate peace between human and ape. And ultimately, we know that something has to screw it up.

The star of the show is Caesar, the apes’ leader, played by Andy Serkis, the motion-capture actor behind Gollum. Serkis is cloaked in full CG as an ape the entire time, and while that and other effects grew tiring in the first film, here it works exceptionally well. Serkis' digital character conveys more emotion than many of the human actors around him, and the overall use of CG for the apes won't have you pining for the days of physical costumes.

Director Matt Reeves (Cloverfield, Let Me In) puts the viewer further into the heads of the apes by subtly altering the world depending on who’s viewing it. The apes' forest can be a beautiful sight filled with rich greens and calming mists, or to the humans it can look like a witchy, hellish landscape of dead wood. Likewise, the humans' home can look like a budding frontier filled with ravaged-but-recovering buildings, but the apes see it as the decrepit, overgrown version of San Francisco that it's truly become. 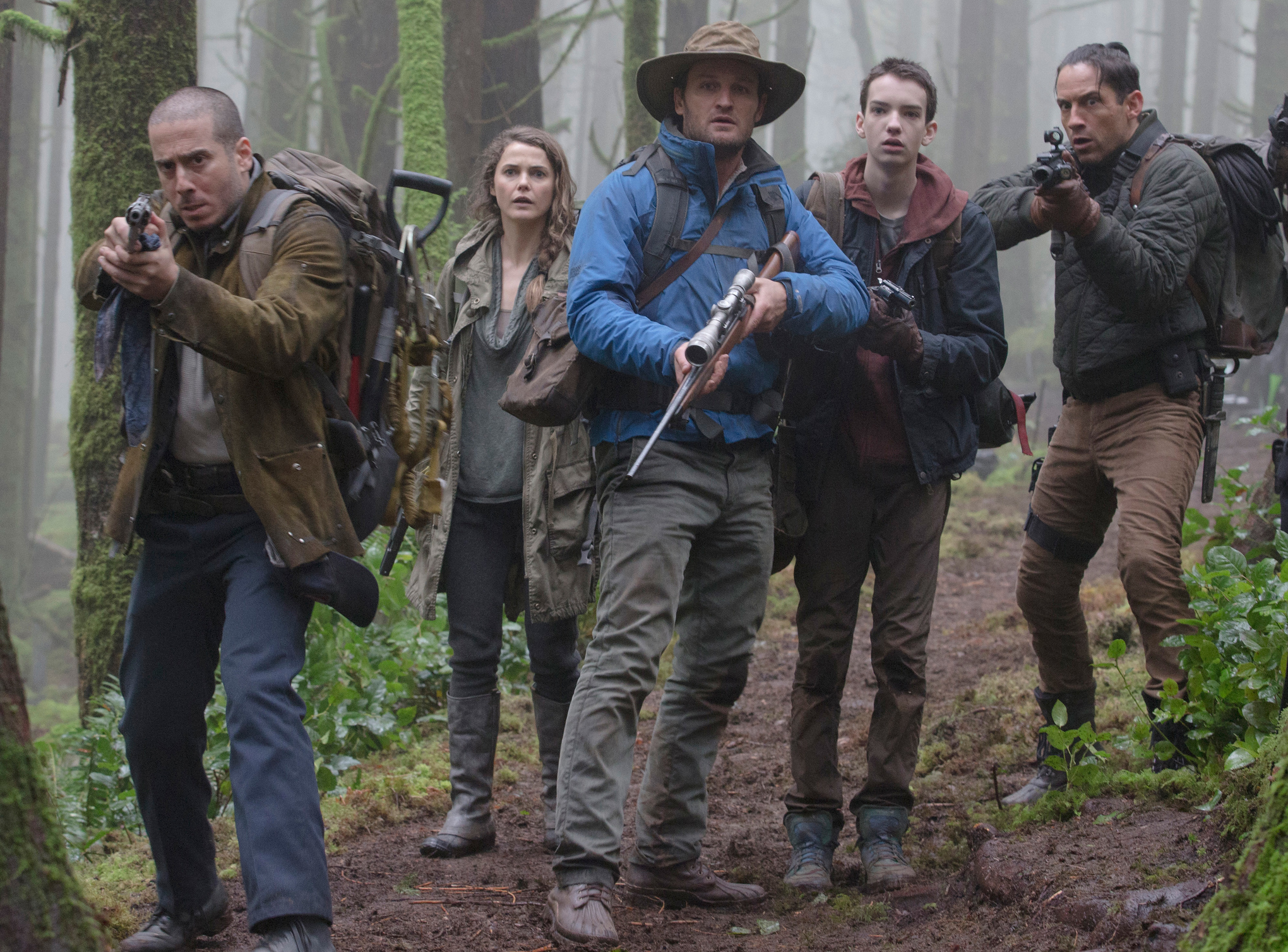 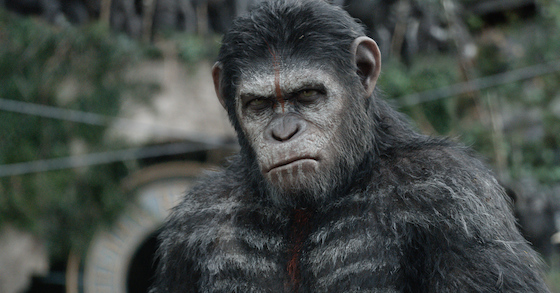 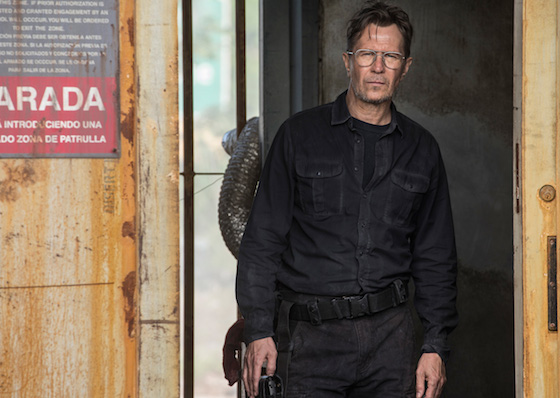 The humans in the movie are represented by a small group that becomes intimately intertwined with the apes’ world. Leading them is Malcolm — played by Jason Clarke (Zero Dark Thirty) — whose family comes along for the ride. Gary Oldman costars as a human leader, but he remains behind at their ramshackle San Francisco camp, giving Oldman far less screen time than you’d wish. The humans’ struggles are never quite as important or powerful as those of the apes (like I said, a digital ape is the most emotive thing in this movie), but it's through the humans that Reeves draws Dawn's defining question: who will be at fault for the war we know is coming?

Though the human camp is rundown, the humans in Dawn are no ragtag group of survivors — they're a militarized band weighing their options. They stand in stark contrast to the mostly peaceful apes, who are willing to accommodate the humans if that’s what it takes to avoid a war. As viewers and fellow humans, we can’t help but hope that these people make it through alive. But mainly, we hope that they won’t be the ones to slip up and start the battle.

With the humans constantly on the edge of violence, the apes become the good guys, even in spite of their inevitable rule over humanity. The apes preach (and largely follow) a principle of not killing. They let offenses from the humans slide by. They do create spears as weapons, but they destroy every gun that comes into their possession. The apes know that guns are the humans’ means of destruction, and even a single firearm sets their entire tribe on edge. The more the humans arm themselves, the more inevitable a clash becomes. 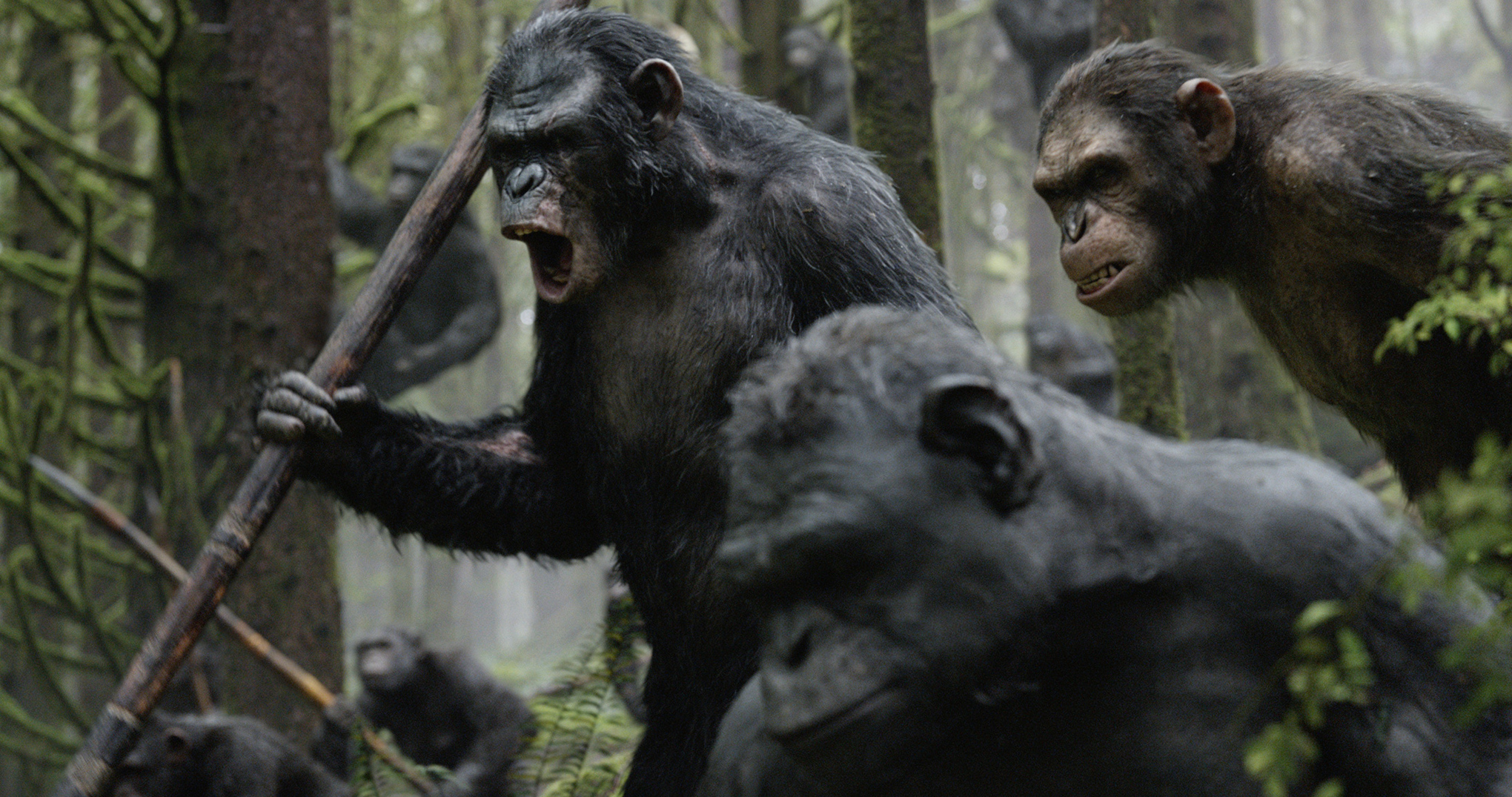 Firearms are so plentiful in summer blockbusters that it’s easy to overlook their power, but Reeves manages to grant a gravity to them in Dawn. Even a tiny pistol could start a war, and one almost does on several occasions. In fact, Dawn might be one of the few action films where viewers are actually rooting for a gun not to fire. These weapons don’t receive their weight through bloodshed either: instead, Reeves knows when it's better to cut away from a gunshot than to show where the bullet went. We can guess — and we know it won't be good.

That tension places notes of the gun-control debate throughout the film. Guns are rarely used to protect here and are framed as clear tools of attack. The war emerges as a fever dream of the Second Amendment gone wrong, with unnecessary deaths and conflict over little more than a mutual fear. In that sense, Dawn’s telling of the history of this war is remarkably true to the tone of the original, 1968 Planet of the Apes, with its focus on humanity’s self-destructive tendencies.

Dawn of the Planet of the Apes is the kind of summer blockbuster that you want to see. It recognizes that action for the sake of action is not compelling, and that action stemming from brewing conflict and character faults is. In a film as big as Dawn, it’s easy to assume that the story will boil down to something simple or more obvious, but that’s far from the case here. Dawn may not provide a clear answer as to who is truly at fault for the ultimate destruction of humanity in the series, but one thing is evident: it isn't the apes who blow it all up.

Dawn of the Planet of the Apes opens today in the US. All images courtesy Twentieth Century Fox.