After buying Marvel five years ago, Disney's animation team is finally taking on its first comic-book hero, and it's certainly having a lot of fun with it. The result appears to be an energetic and funny adaptation of the series Big Hero 6, which involves a genius kid named Hiro partnering with a strange and seemingly helpless robot to fight crime in a futuristic city known as San Fransokyo. A teaser introduced Hiro and his robot, Baymax, back in May, and today a first long trailer began floating around the web. Clearly, it isn't easy being a kid superhero — but you can't really blame the police for being hesitant to help. The movie is planned for release on November 7th. 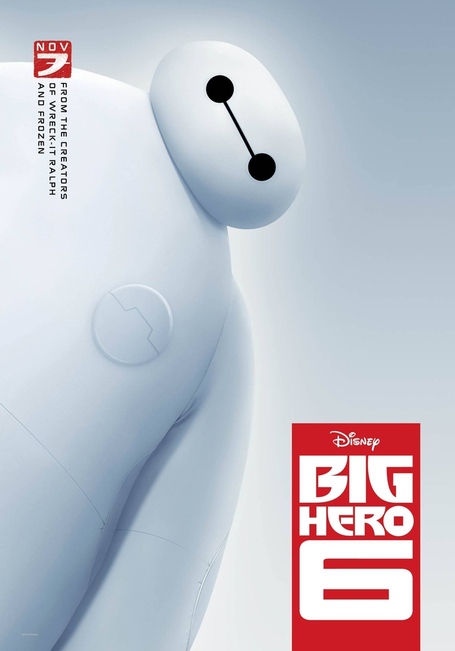