BlackBerry's next major smartphone will have a Siri-like virtual assistant

BlackBerry's next major smartphone will have a Siri-like virtual assistant

Apple's iOS has Siri, Google's Android has Google Now, Microsoft's Windows Phone has Cortana, and soon, BlackBerry will have BlackBerry Assistant. The Canadian smartphone maker today revealed details about the new voice-controlled virtual assistant that will be available on the forthcoming Passport smartphone, expected to arrive this fall.

BlackBerry Assistant, which is apparently a part of the BlackBerry 10.3 operating system also coming with the Passport, offers many of the same functions found in the other platforms' virtual assistants. It can search email and calendar appointments, search the web or social networks, and perform actions such as composing and sending emails or creating calendar entries. All of its functions can be controlled with your voice, and BlackBerry says that "you’ll be pleasantly surprised at how accurate BlackBerry Assistant is at recognizing your requests." Some of the examples the company pointed to was turning the device's flashlight app on and off with just voice commands, or asking for new email to be read aloud and then marked as unread without having to use the keyboard.

Search the web, compose emails, or create calendar entries with your voice

The system is designed to get better the more you use it, something that Microsoft also promises with its Cortana assistant on Windows Phone. It also can modify notifications based on calendar appointments and meeting schedules, not unlike Motorola's Assist app on the Moto X. It's not clear if BlackBerry Assistant will have somewhat of a personality, like Siri or Cortana, or if it will be more robotic in its responses like Google Now, and BlackBerry hasn't revealed the full list of its capabilities just yet. 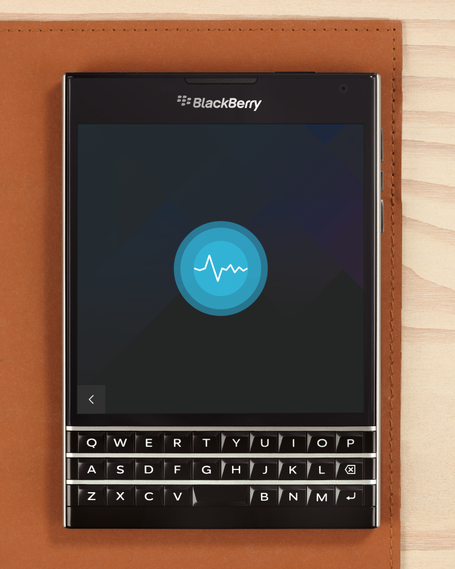 BlackBerry Assistant also takes advantage of the Passport's physical keyboard, letting you perform actions by typing directly from the home screen. It's very similar to Palm's Just Type implementation in webOS, which let you post tweets, send messages, search the web, and more without ever going into a specific app.

As with many things, BlackBerry is well behind its peers in the smartphone world with incorporating a voice-controlled virtual assistant into its devices. The company is putting a lot of hope for its future success into the Passport, which features an oddly large square display and a new, touch-sensitive physical keyboard. If BlackBerry is to have any future, it will need competitive software to go along with its hardware offerings, and BlackBerry Assistant puts it one step closer to keeping up with the rest of the field.