Share All sharing options for: NASA's iconic moon boots are now a sick pair of sneakers you can buy

July 20th marks the 45th anniversary of the 1969 moon landing. To commemorate the occasion, GE partnered with Los Angeles-based boutique shoe company Android Homme and JackThreads to release high-top sneakers inspired by the space boots worn by the likes of Neil Armstrong and Buzz Aldrin as they set foot on the moon that day.

100 pairs of the shoes will be available for sale online on Sunday at 4:18PM ET — the same time as the moon landing. GE, which was one of the many companies and agencies that provided designs for the original launch, is stressing the materials used in the sneakers to make them stand out. For one, each side of the shoe is comprised of super-light, heat-resistant carbon fiber. "We really wanted to about the benefits materials have in industry and correlate that to the benefits materials have in fashion," said Sam Olstein, director of global innovation at GE.

In addition, GE has launched a campaign on Snapchat to promote the materials used in the shoes: 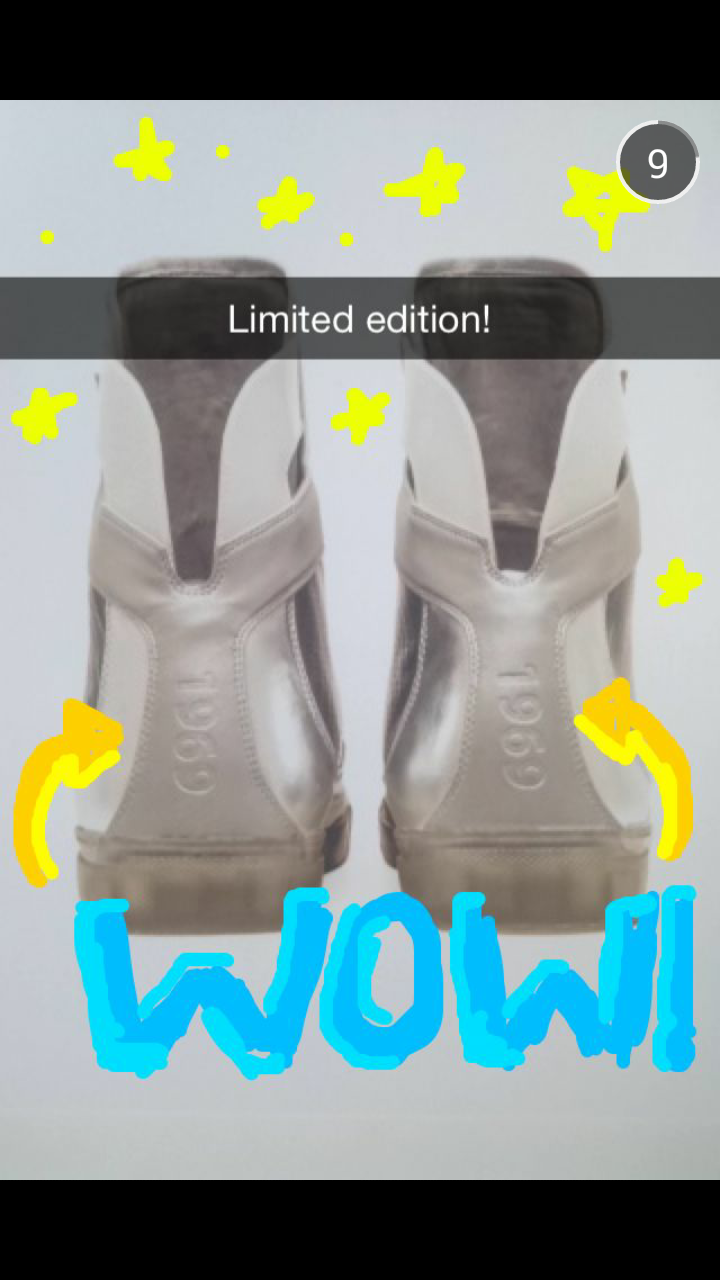 Sneakerheads can pick up the shoes for $196.90 on Sunday at JackThreads.