Google's Street View cars have a checkered history; they carry some truly incredible technology, but have also landed the company in hot water. But a few of Google's cars have taken on an additional task while logging miles across the US. Instead of sniffing for Wi-Fi networks, they're sniffing for gas leaks. Three Street View cars equipped with specialized sensors capable of detecting methane were dispatched in Staten Island, Boston, and Indianapolis.

They took 15 million readings across those locations, which were chosen because of aging pipelines and other infrastructure issues that make leaks more likely. And the hunches proved correct; Google's cars measured one gas leak for every mile they traversed in the city of Boston, though other test spots like Indianapolis fared significantly better. Methane leaks contribute to climate warming and can even cause explosions under the right circumstances. 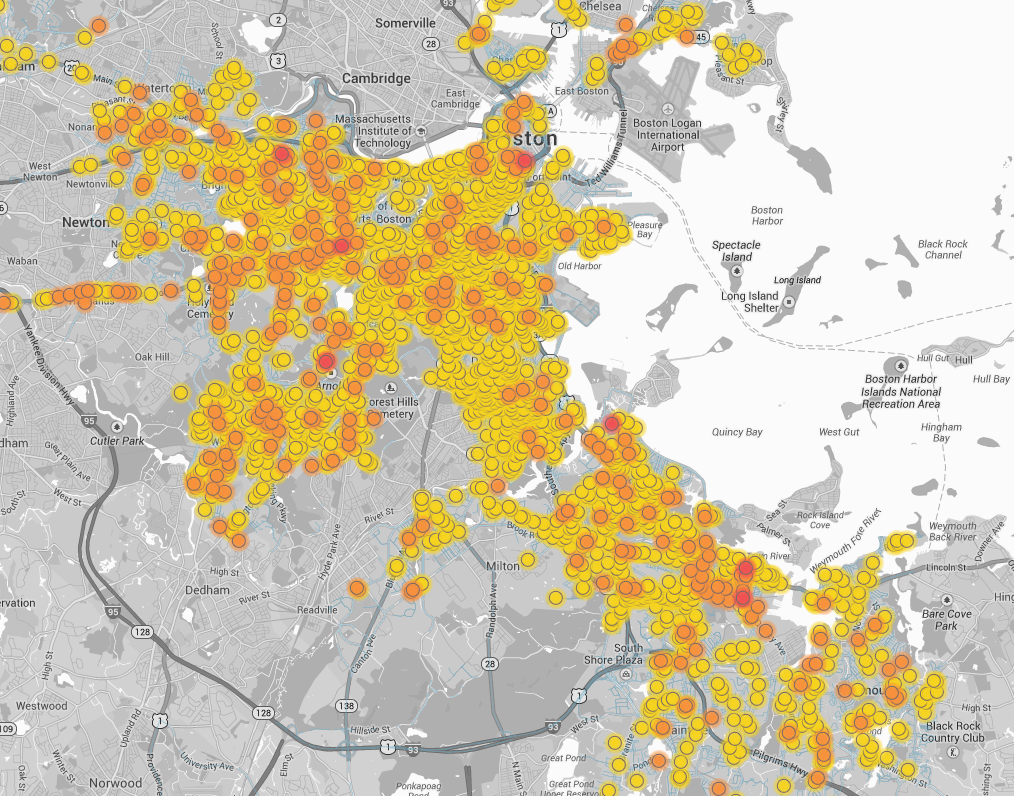 Gas leaks in and around the Boston area.

The extra hardware, which also recorded wind data, enabled cars to pinpoint where leaks were happening and estimate just how much gas was escaping at each location. Cars made multiple rounds of each city to confirm the accuracy of leak reports. The Environmental Defense Fund partnered with Google Earth Outreach on the effort, and the resulting maps are now online for public reference. "We show not just the location of thousands of leaks beneath the streets of three large American cities, but also assess how big the leaks are, giving utilities and regulators crucial information to accelerate and prioritize efforts to stop them," said EDF head Fred Krupp in a blog post today. The EDF has future plans to expand its tests to more cities and search for a wider variety of pollutants. "Google Street View covers 3,000 cities in 54 countries, so the possibilities truly are limitless," Krupp said.