Even Tony Stark wants to get in on the Silicon Valley startup craze. This November, a new series will have the genius behind Iron Man moving to San Francisco so that he can launch a mobile app — he'll even don a new suit of armor that wouldn't look entirely out of place at a futuristic Apple store. Stark's app will have something to do with the Extremis treatment featured in Iron Man 3 (first seen in a 2005 comic run), and seemingly, it'll be much more than a simple app. According to Mashable, which first reported on the new series, the app will offer its users "beauty, perfection ... and possibly immortality." Presumably, Stark won't be in need of funding.

"This creates Tony’s idea of a utopia."

"Extremis can now be downloaded as a mobile app through any smart device in San Francisco," series writer Tom Taylor says in a statement, "and this creates Tony’s idea of a utopia, which he is very happy to be at the heart of."

Stark's strongest traits will be amplified for this series, from his ambition to his egotism — in a sense throwing him back to his roots. But even though he's going through all kinds of changes, this will in fact be the true Tony Stark, according to Mashable. Just like Marvel's new Thor and Captain America, he won't exist in some spinoff or alternate universe. The new series will be called Superior Iron Man, and its version of Stark will reportedly begin crossing over into The Avengers and other titles. Marvel has made a number of major changes to its Avengers lineup over the past few days, unveiling that Thor will soon be a woman and that a black man will take over the role of Captain America. 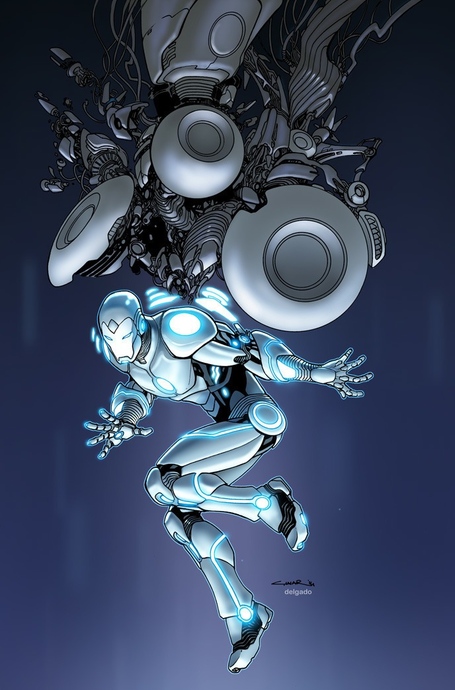