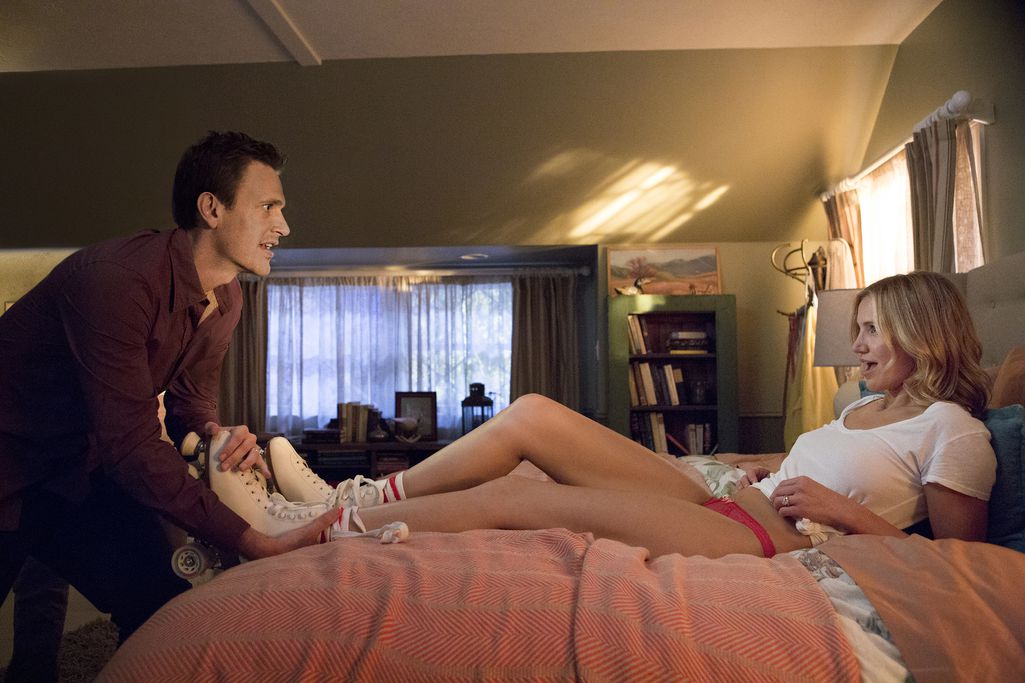 The last decade or so has been good for the raunchy sex comedy, dominated both in scope and style largely by Judd Apatow and his many collaborators. It’s that by-now-familiar combination of heart and sheer filth that made his style such a winner in the mid-aughts. Indeed, it worked in The 40-Year-Old Virgin, and kept right on working in Forgetting Sarah Marshall and even Girls, as he, along with talents like Nicholas Stoller and Lena Dunham, mined that formula so as to have seemingly perfected it.

Sex Tape, another Apatowian comedy, treads the same familiar territory as some of its predecessors, but attempts to pull the action kicking and screaming up into the cloud. Directed by Jake Kasdan (whose credits go all the way back to Freaks and Geeks), the film asks us, “What if, after making a sex tape to kickstart your cooled-off marriage, the tape wound up online? How would you get it back?” As cliché-ridden as that conceit sounds at the outset, the film is a bit smarter than to just go through the motions before arriving at its conclusion. It’s even fun at times. But given everything we’ve learned about online sex, the dissolution of privacy, and techno-voyeurism in the last several years, it’s a shame it only takes half steps toward being anything more than what came before, with a few sprinkles of tech-savvy thrown in. 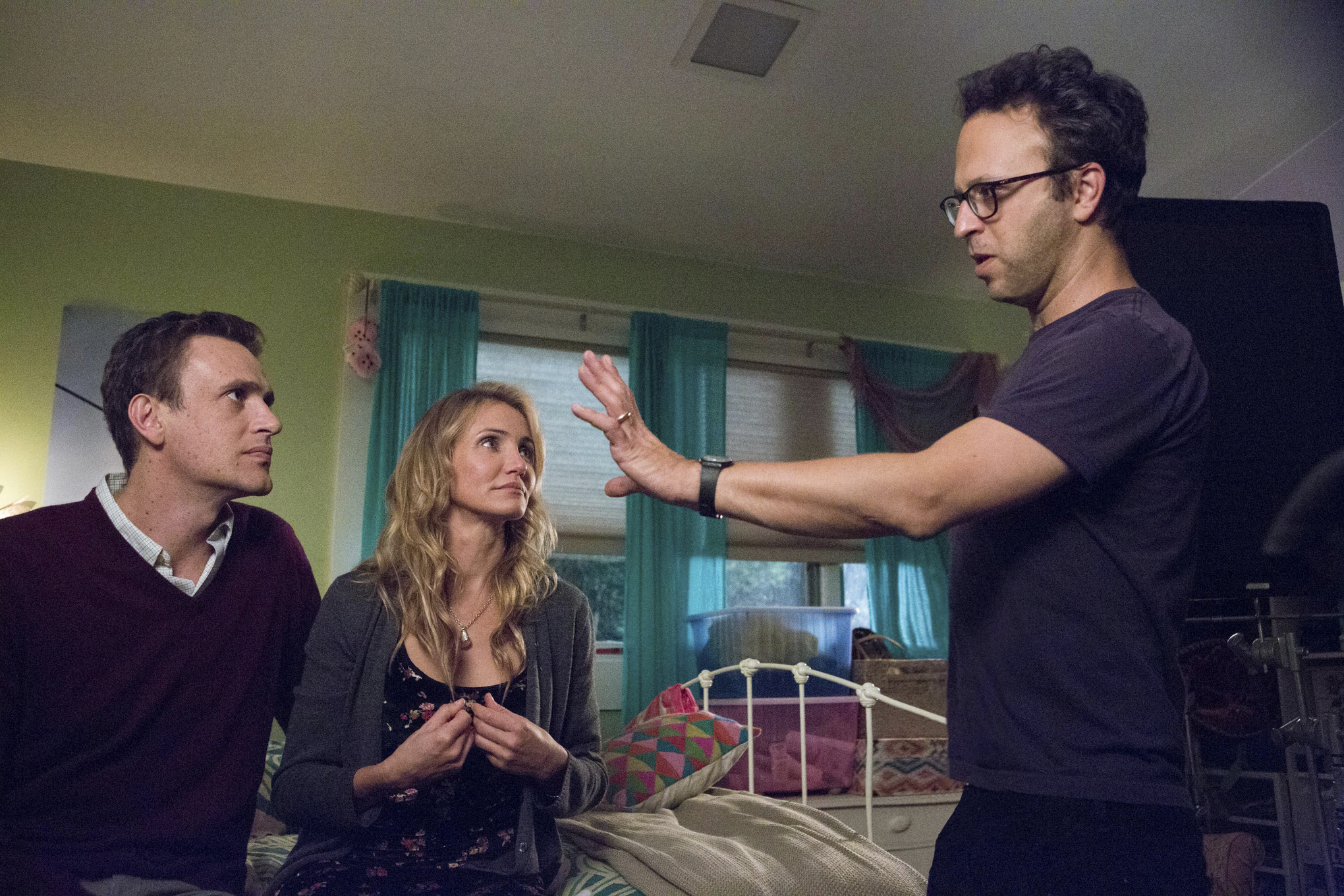 "When you look around, you realize that there's much more of an accepted exhibitionist impulse today."

Kasdan, who last worked with stars Cameron Diaz and Jason Segel in 2011’s Bad Teacher, told The Verge he set out to create a comedy whose central problem seemed relatable and carried the promise of a big comic payoff. That translates to his leads conspiring to make a three-hour-long sex tape, only to have it synced to all their friends’ iPads. "Well, none of us have made sex tapes," he admitted. "Like, it’s the last thing we would ever do. However, when you look around you realize that, in culture and partly as a result of the technology, there’s much more of an accepted exhibitionist impulse among the slightly younger generation that does take pictures of each other and that kind of thing."

That’s almost certainly true. The problem is, in trying to make the stars relatable, Kasdan mostly just succeeds at making them bland. Sex Tape follows Jay and Annie, college sweethearts turned boring married couple wondering where the passion in their marriage went. The movie leaves nothing to the imagination with regard to just how passionate the two were when they were young. (They had a lot of sex in college, you guys). But that sequence exists only to illustrate just how dry their sex life has become. In the present day, Jay’s a successful radio DJ and Annie’s a mommy blogger about to broker a lucrative deal for her site. In short, they’re two perfectly beige 21st-century professionals-slash-parents all too aware of how dull they are. Segel and Diaz put in fine performances in their respective roles and do their level best to have some fun with the material, but even at their zaniest they can't elevate the drear. Panic over sex is shorthand for excitement in this movie — at the expense of real character development — and things actually stop being sexy fairly early on. 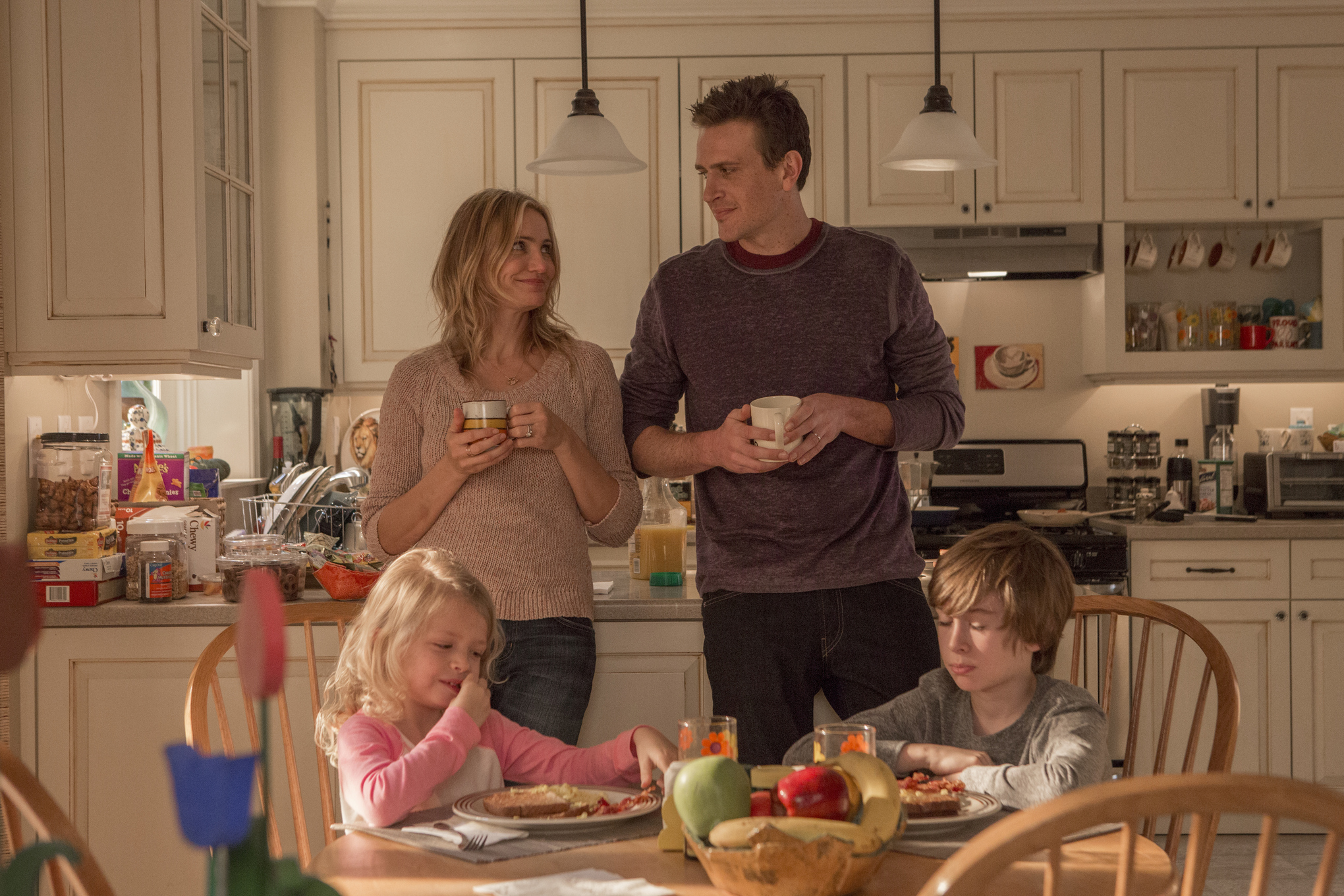 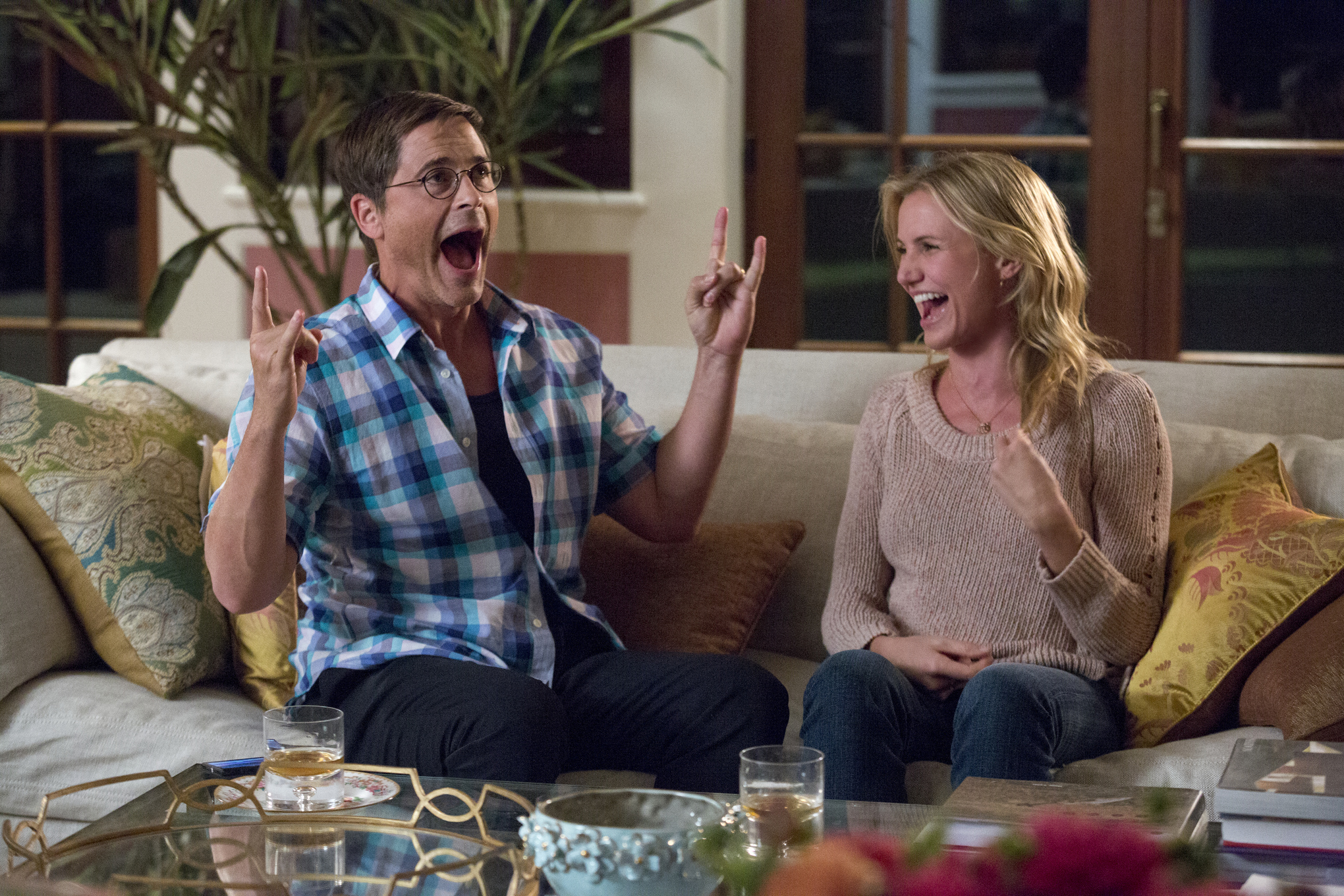 The technological underpinnings of 'Sex Tape' feel fresher than the plot 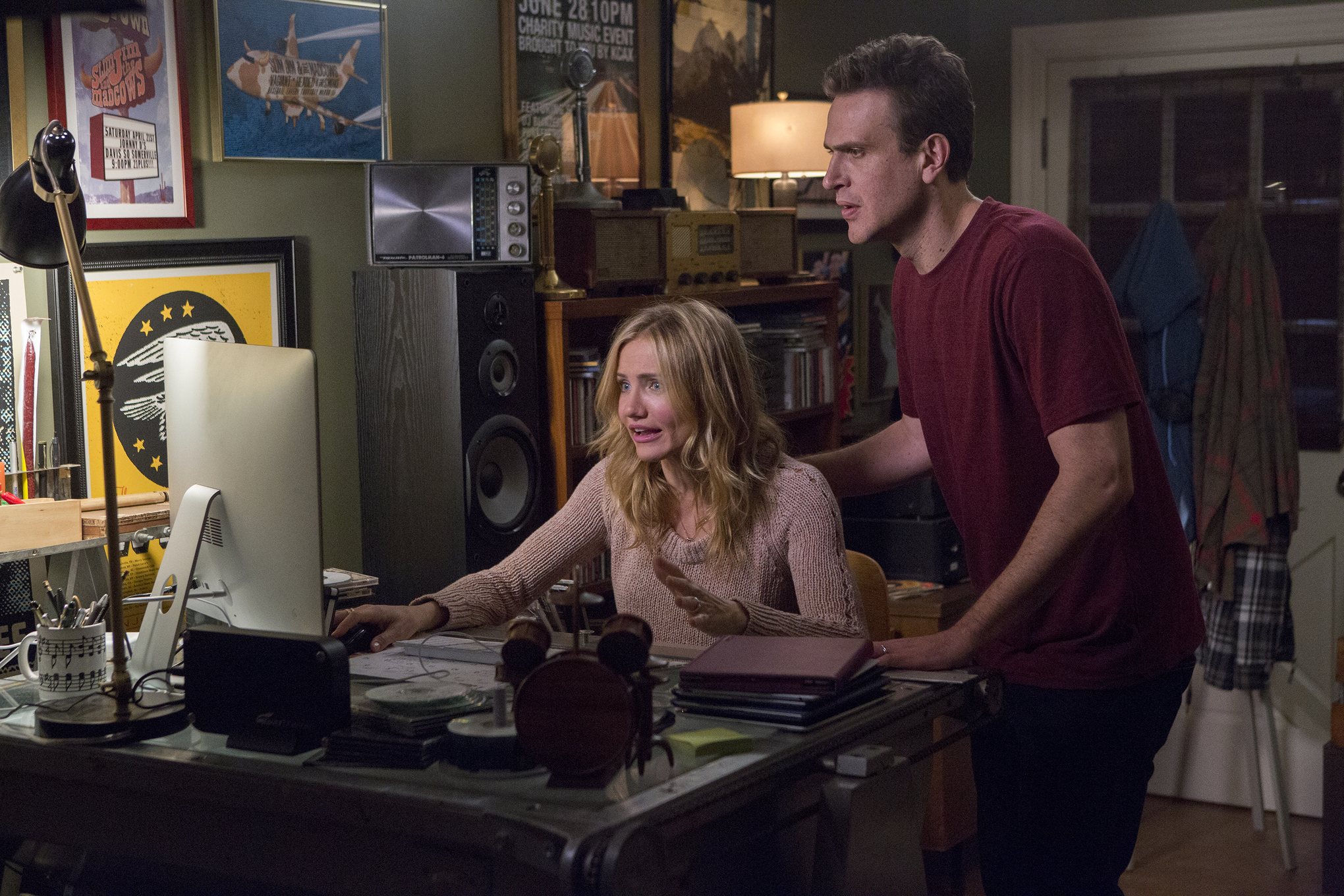 But if the overall plot is stale, the technological underpinnings of the film feel slightly fresher. Kasdan and his team did a fair amount of research into how to justify their already outlandish plot, and it shines through in a way to make things feel well considered as opposed to lazy. Why does literally everyone in this movie have an iPad? Well, Jay gets a surplus of them through his DJ job, and he makes a point to give them away as a means of sharing his playlists. How does a sex tape even leak automatically? Jay’s app, "Bride of Frankensync," connects wirelessly to shared devices and syncs when he updates his folders. And even though it takes half the film to reach this realization, one of Sex Tape’s finest moments is when it finally concedes that, whatever other failings they may have, its stars actually know what the cloud is. While the entire premise was recently proven to be complete bunk, it at least feels plausible and not as nonsensical as the trailers let on. 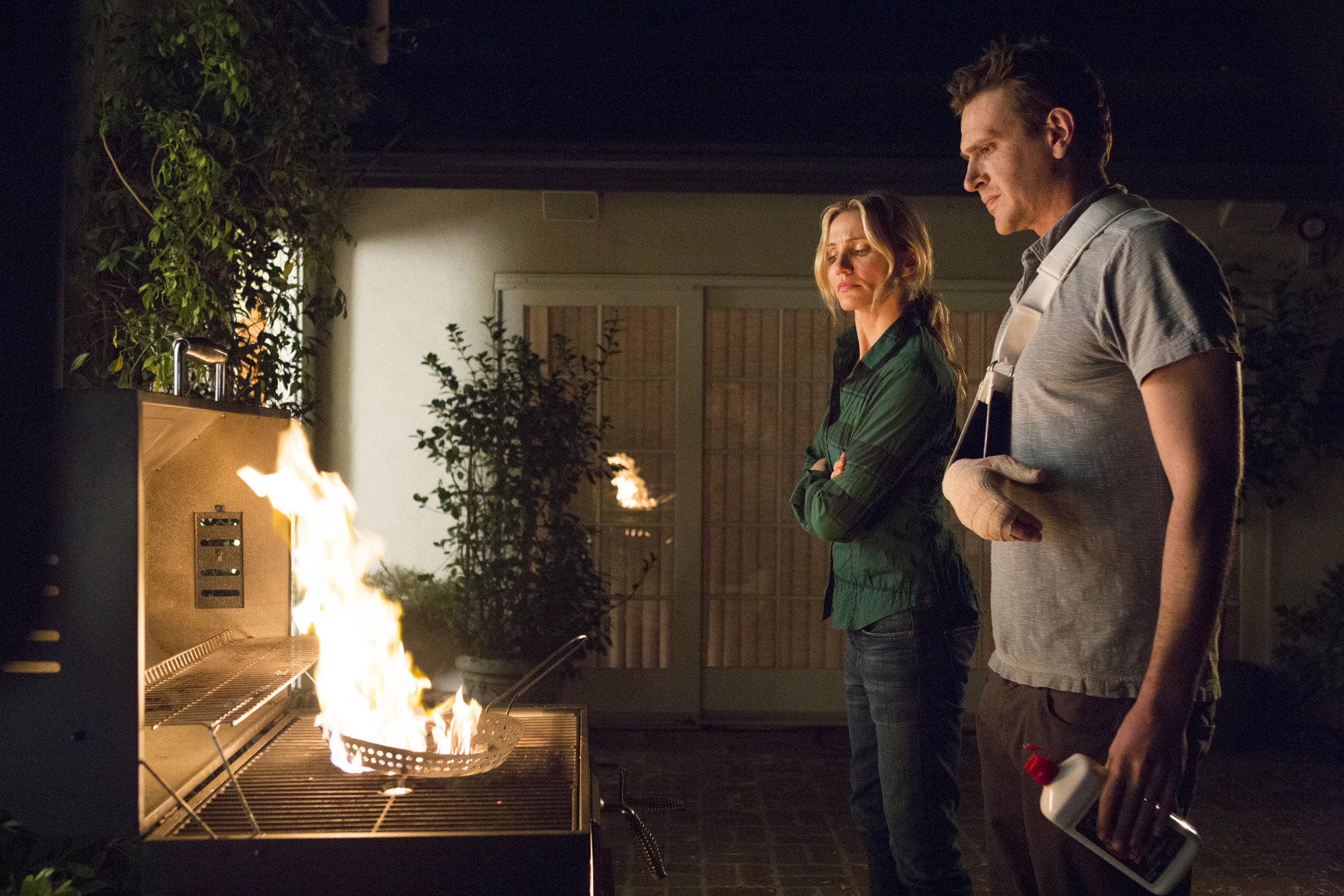 However, what’s frustrating about Sex Tape is its tendency to fall back on safe, broad jokes as opposed to digging into the meatier issues it plays with. It’s the parts that don’t feel completely thought out that ultimately undo it. While the movie does tease at the notion that sex tapes might be altogether commonplace, it’s much happier to throw Jason Segel and a dog out a window for a laugh. And even though there’s a distinct moment where we’re invited to think a little bit about how identity is constructed online in rigid, uncomfortable ways, this all happens while Cameron Diaz is doing a line of coke.

Not to mention the fact that the movie can at times seem like one long, blue Apple ad. Save for one scene that features what looks like a cleverly camouflaged Xperia Z1, this Sony-produced film just drips with Apple products to the point that it distracts from the action.

All told, Sex Tape isn’t a bad movie per se. Rather, it’s a thoroughly middling one that clings too dearly to what worked in movies like Knocked Up and even earlier films like Road Trip. It's an old story with a new coat of paint, asking the audience to turn off their brain for a handful of laughs instead of drawing comedy out of some tougher, timelier questions. And that's the biggest disappointment of all, because if Kasdan actually made that movie, it needn't have been a masterpiece to win points for taking chances.

Sex Tape opens today in the US. All images courtesy Sony Pictures.